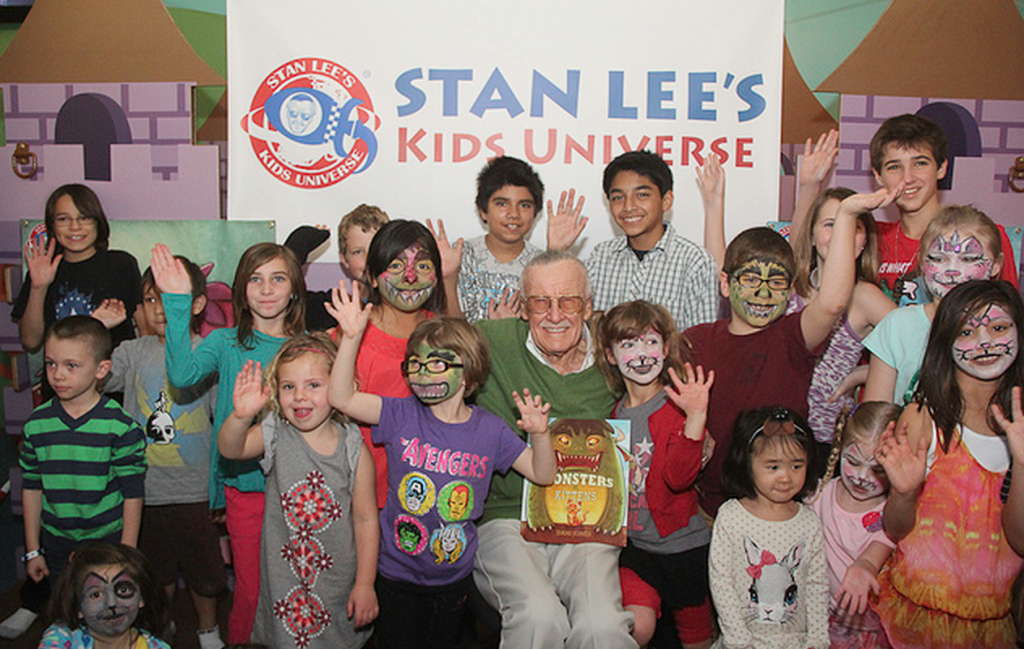 Stan Lee and the children at the launch of Stan Lee’s Kids Universe.

A few Saturdays ago, the biggest name in comic books brought another universe to life. Stan “The Man” Lee, best known for his and Jack Kirby’s creation of the modern Marvel universe, has hitched his label, POW! Entertainment, to frequent collaborator 1821 Comics in order to create a whole new universe geared specifically towards kids (ages 1-10).

Along with actress Jamie Pressly, Stan Lee and CEO of 1821 Comics Terry Dougas sat down with the media to describe the content that will be launching in Stan Lee’s Kids Universe. 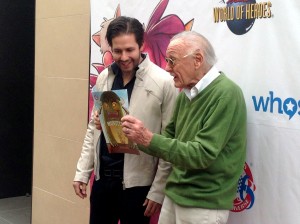 “We thought there was a need for books for very young children that would really entertain them and also teach them a little something,” said Lee, “And we couldn’t find anything that really excited us, so we said, okay, we’ll do it ourselves.”

With an emphasis on educating children, expanding their imagination and furthering art education, the new content will include picture books, graphic novels, eBooks, mobile games and apps, and an ever-increasing amount content on their website.

The main content in focus for the launch is the super-cute and educational book by Dani Jones, Monsters vs. Kittens. The book centers on the comparisons between big monsters and tiny kittens, and how you should love your friends, no matter what they look like. 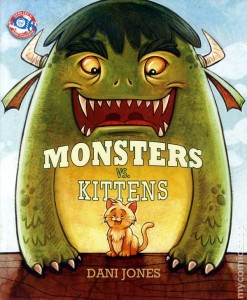 Stan Lee has expressed such joy at working with Terry Dougas again, after POW! Entertainment and 1821 Comics’ stellar collaboration on the bestselling graphic novel Romeo and Juliet: The War.

“This guy is so much fun to work with, because he’s just as energetic as I used to be,” said Lee. “It’s like going back fifty years.”

After the interview and playtime with the kids, Stan Lee read Monsters vs. Kittens to them, which we have for you guys here!