All in the Game: August Highlights 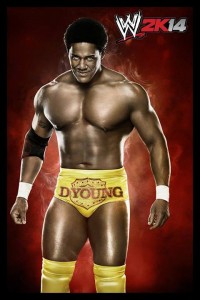 This month in gaming we have some notable releases as well as a few exciting announcements. First of all, on the 16th the WWE 2K Twitter account confirmed wrestler Darren Young’s spot on the roster of the WWE’s annual fighting game WWE 2K14, to be released in October. Darren Young recently became the first WWE performer to come out as gay while employed with the company, to widespread support. It may not seem all that significant when celebrities or athletes come out, but the visibility of varying identities in media is certainly important.

Saints Row IV is also being released on the 20th, and has already been hailed in reviews as one of the strongest iterations of the franchise yet. The character creation goes a step further than usual, by allowing characters to change sex at any point during the game and making same-sex romances an entirely normal possibility. 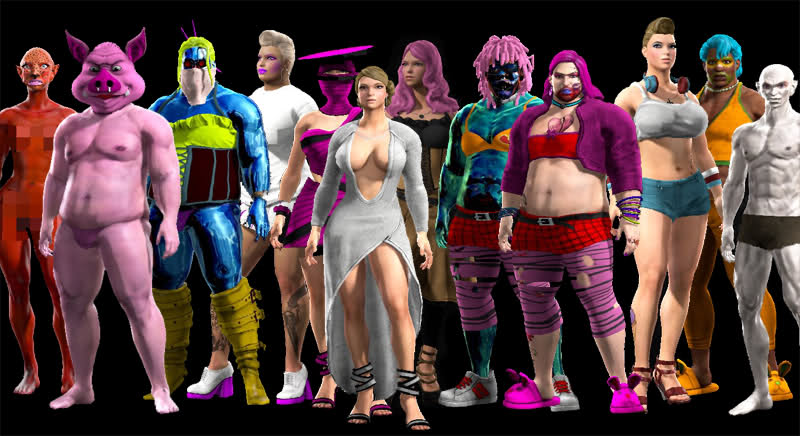 Whether it’s short or tall, fat or thin, male, female, or somewhere outside the binary, Saints Row IV lets you be the Boss of your wildest dreams. [via Saints Row Character Gallery]

The gaming industry and larger community has always struggled with issues of sexuality and gender, so it seems especially important to point out the instances when breakthroughs like this are made in games and surrounding gamer culture. Even more notable is the genre of games these breakthroughs are happening in. WWE 2K14 and Saints Row IV fall into the categories usually portrayed as the most hyper-masculine and resistant to the politics of inclusion, the sports/fighting game and the sandbox racing/fighting game. Where fighting games tend to avoid any type of representation that isn’t blatant stereotyping, and sandbox games in the vein of Grand Theft Auto only acknowledge issues of gender by way of introducing prostitutes your character can solicit and murder, it’s incredibly refreshing to see different things happening with a bit more regularity. While Darren Young’s sexuality and coming out have little to do with his in-ring persona and probably won’t be addressed within WWE 2K14, it is a fact that becomes part of the WWE narrative. We now live in a world where a wrestler on an active roster does not have to be afraid to come out for fear of career stagnation. Darren Young’s coming out proves that not only can a gay performer exist within the WWE universe (a fact which may have previously been true, but there have been no examples to say for sure) but he can also thrive, as Darren Young’s success, despite his relatively young career, demonstrates. 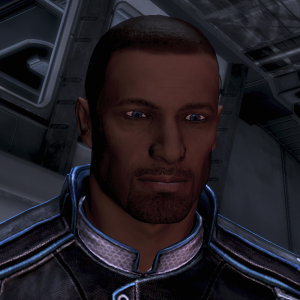 It’s actually doubly encouraging to see issues of gender and sexuality included in games where such topics have little to do with the game’s narrative or themes, because it further normalizes queer identities. Like our friend Steve Cortez from Mass Effect 3, LGBT individuals are people, first and foremost, and they exist literally everywhere, so it makes sense that they should be included in games of every genre and type. There is no place where gay or lesbian characters should not “belong” in games, because based on the numbers, their real-life counterparts are already there. In sports, in cars, in the ring, in the military, they’re here, they’re queer, and we should not only be used to it by now, but we should be including them in the conversation and allowing them to be seen.

In the more personal realm I’m still fiending for StreetPasses on my 3DS XL, racking up the hours on Animal Crossing: New Leaf and Paper Mario: Sticker Star, checking out every new announcement for Pokémon X & Y I can get my hands on (I mean, that Kangaskhan Mega Evolution, amirite?), and listening to friends debate whether or not they’ll be shelling out for the Xbox One, PS4, or neither. The coming end of the season means everyone is squeezing the last minutes out of their free-time summer titles, snatching up any DLCs to be had, and mentally preparing for new fall releases. What are you playing as the weather cools down, and what are you most looking forward to as we head into September?

This entry was posted in All in the Game. Bookmark the permalink.