5 Things Marketers Can Learn From Reruns of She-Ra: Princess of Power

Posted on September 16, 2013 by Guest Contributor

This post written by Keidra originally appeared on The Learned Fangirl. It is being cross posted here with permission.

Actually, marketers can’t learn anything from watching reruns of She-Ra, I just wanted to use that as a title for some reason. Anyway, for the past couple of months, my inability to go to sleep before 1 a.m. has led to a nightly viewing of reruns of He-Man and She-Ra on children’s programming-oriented Qubo. You may find this strange but before this I was watching Maisy to ease my chronic insomnia, so the inclusion of actual dialogue in my shows is a marked improvement. And all of it is better than reruns of How I Met Your Mother. I must say I find myself preferring She-Ra to her twin brother’s show, though I am aware that show came first. For a number of reasons, I found myself drawn in once more to the people, places, repetitive musical elements and stock animation of Etheria, so I thought I’d share a few of my insights on the show. Sadly, Qubo has replaced He-Man and She-Ra with Sherlock Holmes in The 22nd Century, and I have a sad feeling that you’ll be seeing a post about that next.

Anyway, here 5 things you can learn from I want to ramble about involving She-Ra. You’re welcome. 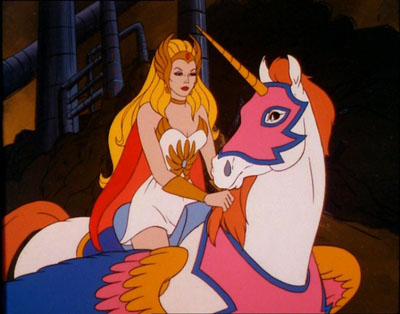 I was pleasantly surprised to see that most of the major storylines for Adora (She-Ra’s true identity) revolved around her heroism, her leadership skills and her relationships with her friends/brother. Not to mention, most of her conversations with her female friends Glimmer, Frosta, etc, revolved around the very important topic of freeing Etheria from the clutches of the Evil Horde. It’s actually a Bechdel Test win in pretty much every episode.

As much as I love her 80’s cartoon counterpart, Jem, Jem/Jerrica spent a good chunk of her non-rocking spare time obsessing over her boyfriend, Rio, talking to her friends about if Rio’s into her and needing to be rescued by Rio. Sure, Frosta was pretty heavy into He-Man but every group of ladyfriends has the one lady who’s hot for the brother of another ladyfriend so it’s realistic, I think. Eventually, Adora did get a love interest, the pirate SeaHawk (who oddly reminds me of Ewan McGregor) and even that subplot was handled in a mature way for a kids’ TV show. His introduction was not as a love interest, but as a foil for Adora, who convinced him to turn to the side of good. Only in later episodes did a romantic connection between Adora and SeaHawk develop. Which brings me to the fact that…

2. She-Ra actually had a fairly sophisticated plot structure for the time 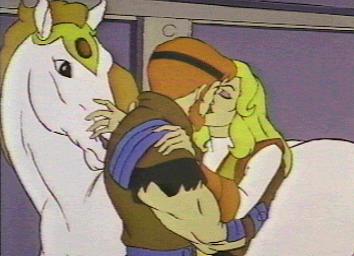 80’s TV shows were all a-plot all the time, and She-Ra was no different, but the show was pretty notable in the fact that there were commonly multi-episode story arcs (like the above mentioned SeaHawk) or the oft-mentioned familial relationship between Adora and her former guardian, the witch ShadowWeaver. Actually this is something else that She-Ra had in common with Jem, but not with He-Man, which essentially did a reset at the beginning of every episode that She-Ra wasn’t involved in. I can’t help but wonder if the presumed audience of girls played a role in making the storylines more “soapy.” I don’t mean this in a derogatory way at all, I just wonder if the writers were borrowing storytelling elements from soaps to appeal to an audience that may have been watching those shows with their parents/older siblings. Either way, as a third generation soap watcher, I think it worked.

3. She-Ra’s storylines were kinda heavy
While the main storylines of He-Man seemed to revolve around Skeletor wanting to control Castle Grayskull for some reason (I always assumed it was because it looked like his face, I dunno), She-Ra went pretty dark. The planet of Etheria was controlled by tyrannical despot Hordak and most of the episodes seemed to revolve around Adora and the Great Rebellion liberating Etheria’s villages from slavery, with Hordak’s guards often threatening to destroy the villages if they dared to resist. So, yeah, pretty heavy. Most of the time the stories never went so far as to imply actual slaughter of villagers but … we all kind of know that was the direction things were headed in. Compared to her brother She-Ra/Adora had it pretty rough. She ended up with comparatively better powers than her brother (in addition to super strength, she could communicate telepathically with animals and heal them) but frankly, she needed them more. 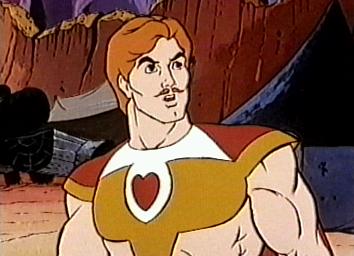 Bow appeared to be the only dude in the Great Rebellion, which in itself is pretty whoa, when you think about it. Now, Bow may or may not have been gay but he definitely looked like a Tom of Finland drawing, which is also pretty whoa for an 80’s cartoon. I liked Bow. In addition to being a part of an underground revolution, he was really into his music and poetry, and was also an illusionist, in addition to being a talented archer, so he was multi-faceted. 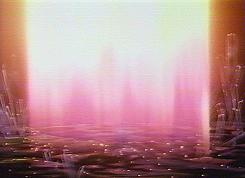 Lighthope is mentioned at the beginning of every episode as being one of the three people who know about Adora’s double life, but I swear to you I have NEVER SEEN THIS EPISODE. Who the hell is Lighthope? Is it some kind of lightshow? Does it have a gender? (Not that it needs one) But … if it does, does it talk? Because if it can’t talk then it’s pretty easy for it to keep that secret, you know… Anyway, I am fascinated by Lighthope and I am a bit disappointed that I will probably never see this episode.

Anyway, that’s all I’ve got. Marketers, feel free to use this information to … I dunno, go do a Facebook campaign or something. Good luck.

This entry was posted in cross posts. Bookmark the permalink.