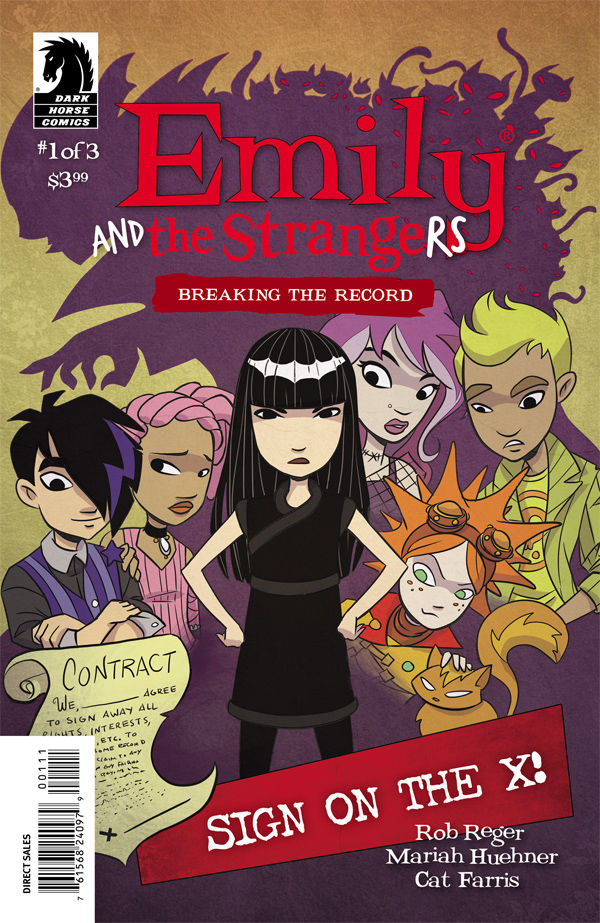 This is another light week, with a standout for me being a new series featuring Emily The Strange. Emily and the Strangers: Breaking the Record #1 is a true sequel to her most recent series, and it maintains all the delightful highlights. Emily and her diverse new group of friends have assembled into a new band, and she’s at odds with some bandmates over their next direction. Emily thinks music is all about “rockin’ out” and making art, rather than making money. Her witty dialogue and fabulous original vocabulary abound as she hotly debates with bandmate Evan on the merits of a new recording contract offered to her by Awesomely Awesome records, whom she vies as “The Man.” Emily continues to be a fantastic example for young readers: a girl who never apologizes for her ideas or her identity, but her new friends round her out well, even when they argue. Emily does concede their points, now and then. She’s as dedicated to her ideas, her inventions, and her music as she ever was, but she is also willing to listen to the people around her. 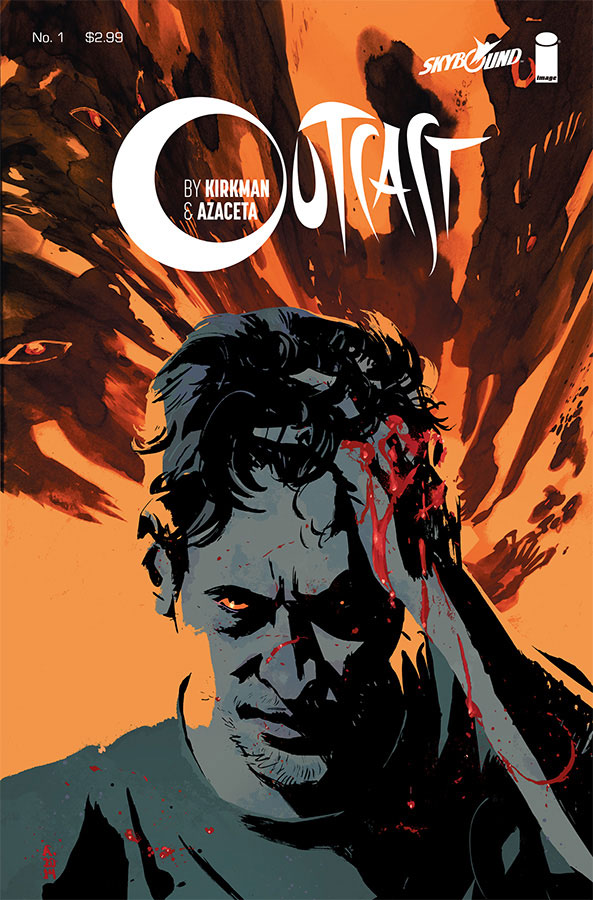 And then… not much else. There really were no other books that provided great examples of strong female characters, posed great representations of people of color, or addressed issues of social justice or equality. In the two years now that his column has appeared here on this site, it was always my worry that this would happen: that all the new series would be simple cape comics, all the new stories would be stories and characters we’d seen before. To be fair, there’s nothing much to decry this week either. There were no horrifically sexist representations, no openly offensive admissions, but there weren’t really many books that we at Geekquality would like to see. That does not diminish the value of one of the new series we saw this week, however, The Walking Dead creator Robert Kirkman’s latest true horror book, Outcast #1. It’s the tale of Kyle Barnes, a young man who has been haunted by demons his entire life. First his mother, and later his wife, have suffered possession. He’s lost custody of his child and now lives alone in squalor, estranged from his family. So when he’s begged by a local preacher to help him with an exorcism, he’s reluctant to lend a spiritual hand. Little does he know he can do so much more than just “lend a hand” in the fight against evil, and now Kyle is determined to understand why this is happening to him. Kirkman has openly stated that he’s set this series in the part of the country he knows best, the rural South, and while there are only well off white people in this story (so far), the setting certainly feeds the American Gothic horror vibe. The exquisitely dark and moody artwork by Paul Azaceta lends even more horrific weight to the story, and this double sized issue is the start of something frighteningly good.

This is also a good week to be a Hulk fan, as Marvel gave the Jade Juggernaut not one but two new series this week. The first is part of their big summer crossover, Orignal Sin: Hulk vs Iron Man #1. It’s largely a book setting up a premise: Iron Man’s original sin is that Tony Stark modified Bruce Banner’s initial Gamma Bomb design, and may have caused the malfunction that created the Hulk! It’s a great story for folks who have been clamoring for more Tony and Bruce moments, ever since The Avengers film came out two years ago, but it’s mostly just white men arguing over money and power, as Stark swaggers his wealth in Bruce’s face over and over again. Meanwhile, Alan Davis writes and draws what would have to be described as a “throwback series” with Savage Hulk #1. The series features the Hulk in his early years after engaging in a battle with the original X-Men. Professor Xavier used a piece of technology Banner invented to fight off aliens with a massive psychic attack, but it leaves Charles with an imprint of Bruce’s mind. Now, the Professor knows the Hulk’s torment, and he and his 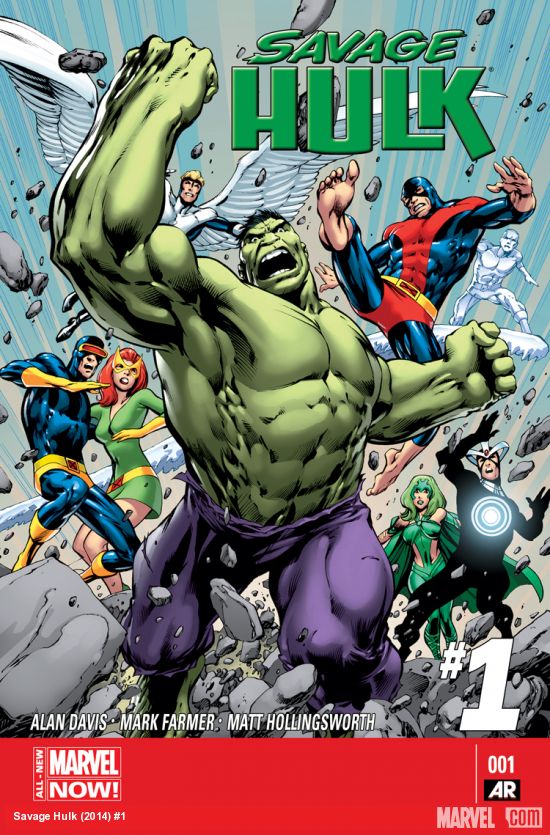 X-Men decide to try and help Banner perfect his device. Since this happens in a classic period of the Marvel Universe, we know that ultimately it won’t stop Banner from turning into the Hulk (thank goodness!) but this exploration of Marvel’s past is still fun. Davis’ artistic style hearkens back to the classic days of Marvel comics. Sadly, some of the writing does as well, as both Jean Grey and Polaris (Magneto’s daughter) appear in the book, but are given next to nothing to do. Jean has three spoken lines in the entire story, Polaris has exactly NONE, and neither are depicted actually using their mutant powers. If this marginalization of characters like Jean, one of the truly great women in X-Men history, is what we can expect from the throwback style series, then maybe we’re better off here in the present.