The Myth of the Average Gamer: 2012 Entertainment Software Demographics Deconstructed 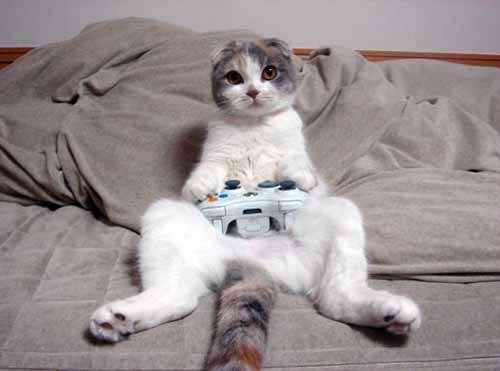 Not an accurate representation of the “Average Gamer”.

Last week, the Entertainment Software Association released their 2012 sales, demographic and usage report for the computer and video game industry. Their findings, while not exactly surprising to those of us who follow the industry, challenge the conventional wisdom about who plays games and why. It’s a bit of a black eye to the haters, and I don’t just mean lawmakers. There’s quite a bit in the study to give the “average gamer” pause, including information that indicates that he might not be so average after all.

Having been at this gaming thing since about 1987, I know I’m revealing my disgruntled old-school biases when I say my personal conception of the average modern gamer is a middle class, white, thirteen-year-old, male, foul-mouthed fan of modern military shooters who takes the occasional break from teabagging to grief a few noobs over in an MMO. He’s crass, he’s sexist, he’s homophobic, and he is obsessed with being the most hardcore of the hardcore. He is the subject of much hand-wringing, as every few years politicians cry out, “Won’t somebody think of the children?” Clearly, like comic books in the 1950’s, games have warped this poor boy’s fragile mind, turning him into a message board trolling creep.

While the ESA’s 2012 edition of “Essential Facts about the Computer and Video Game Industry” does not disprove the existence of the above stereotype, it does indicate that the average modern gamer is a far cry from what you would expect after spending time on X-Box LIVE or a gaming forum. Based on a survey of 2000 representative consumers, the average player in 2012 is 30 years old, and is almost equally likely to be male or female. As a matter of fact, there are more female gamers over age 18 (30% of those surveyed) than there are male gamers under the age of 17 (18% of respondents). None of this should be a surprise to anyone who’s been paying attention. 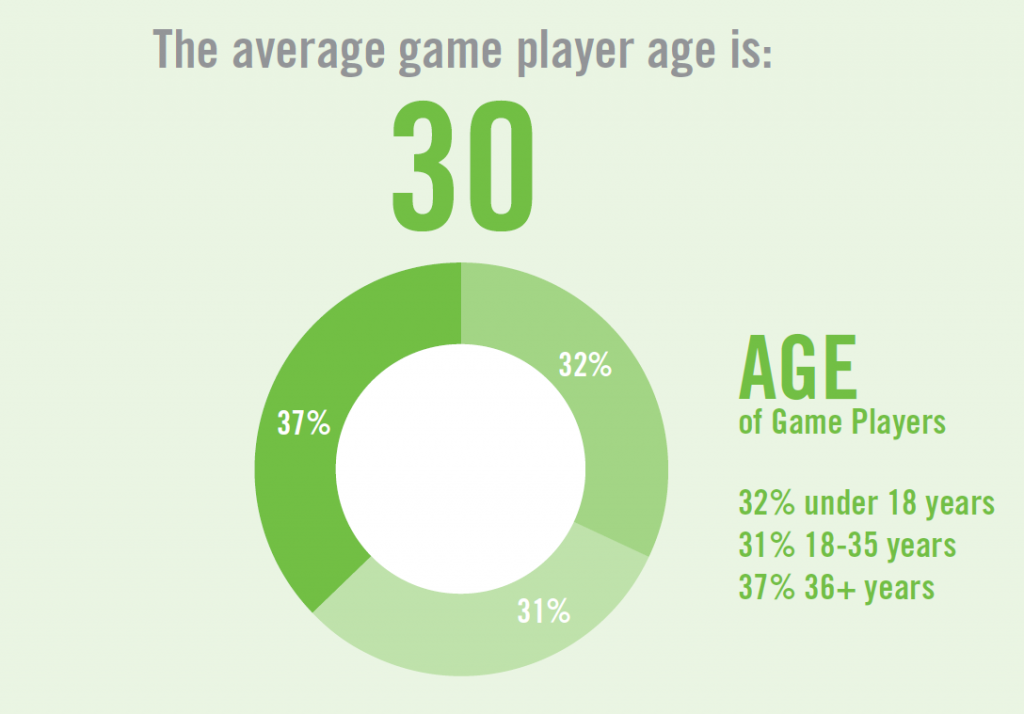 When looking at the numbers put forth by the ESA since 2004, it becomes pretty obvious that America’s gaming population has been changing. In fact, this year’s findings represent a significant downswing in average age, which had been steadily increasing over the last eight years, reaching a peak of 37 years old in 2011. By the 2011 report, the majority of interactive entertainment consumers were between the ages of 18 and 50, to the point where the demographic categories had to be re-evaluated in order to present more accurate numbers for 2012.

The 2012 study is the largest in scope since the ESA started publishing this report (with about 30% more respondents than in the five years prior). It’s also, overall, the most accurate depiction of the state of the video game consumer in 2012, shedding light on data that has been previously obscured by a smaller sample size.

This year’s study lays to rest the notion that women do not play video games. The prior eight years of reports had shown a fairly consistent 60/40 split between male and female consumers. In 2012, however, it’s 53% male vs. 47% female. True, given that the US population of about three hundred million, that 3% is just enough to be a statistically significant difference, but – for all intents and purposes – it’s an even split.

Let’s go ahead and put another nail in the coffin of the mythical average loudmouthed, hyper-aggressive gamer. When we think of the kinds of players who give everyone else on the Internet all kinds of grief, we think of the favorite whipping boy of politicians and pundits everywhere: the FPS gamer. And yet, when we look at actual game sales over the past eight years, even though first person shooters had their best year ever in 2012, the sales only represented 18.9% of console video game sales, and only 13% of computer game sales. 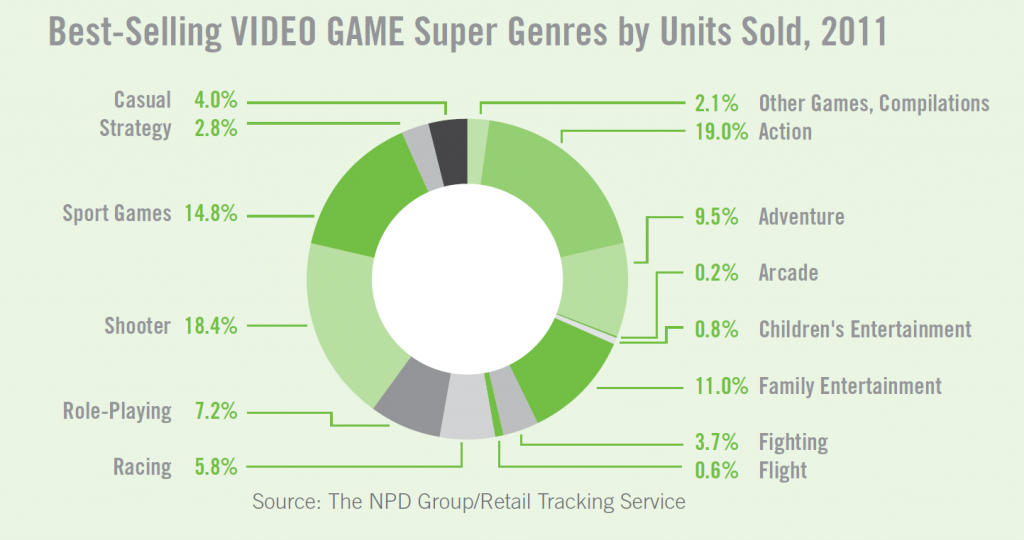 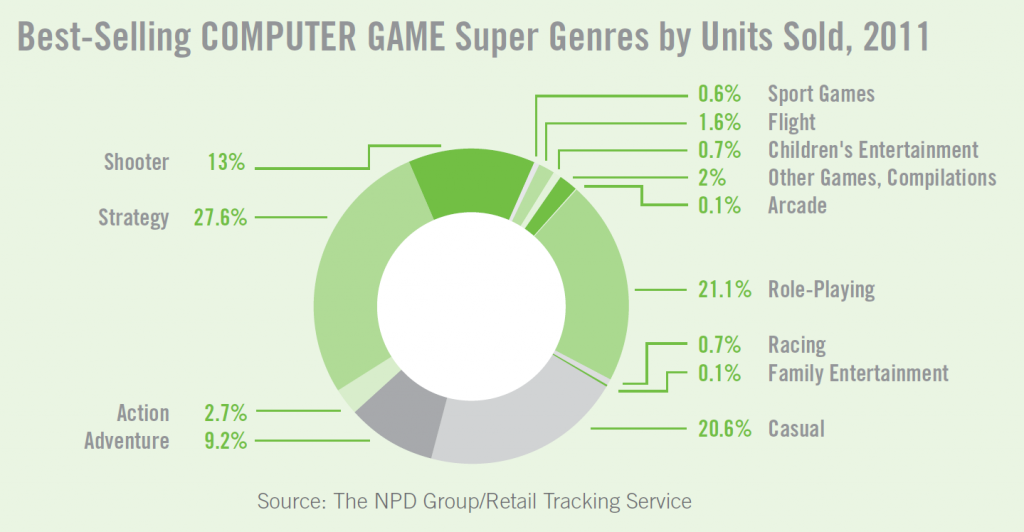 It’s all about the casual game: Farmville, Robot Unicorn Attack, Windows Solitaire, Angry Birds, Just Dance, et cetera. The games that the so-called hardcore gamers scoff at are actually coming to represent an ever-growing, ever-more-profitable segment of the interactive entertainment industry. Games are everywhere now, and being played by nearly everyone (about 72% of the US population, per the ESA’s 2011 findings), but not necessarily the ones that gaming pundits would have expected.

But what do all these numbers actually mean? And how can the ESA’s studies be improved to better reflect the actual state of gaming?

Going forward, I think that it’s key for us to reconsider the image that we have of gamers as defenseless innocents or surly teenagers. The truth of the matter is, interactive entertainment has existed in some mass-market form since the 1970s, and it stands to reason that there is a massive audience that has grown from childhood into adulthood and middle age with entertainment software as a constant presence. It’s often difficult to see this through the chatter on the echo chamber that is the Internet, but it would behoove us to remember that for every highly vocal, highly opinionated gamer, there’s a quiet handful content to simply play games. 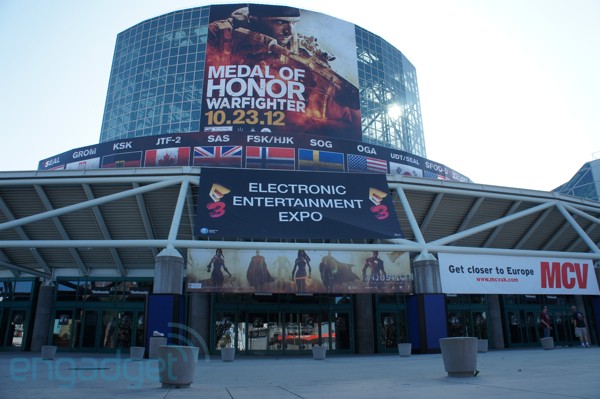 This being the case, the video game industry as a whole should begin to reconsider its nearly slavish devotion to this extremely vocal minority. Those clamoring for more guns, more violence, and more extreme experiences represent a rapidly shrinking portion of the gaming population. It’s ironic that the industry’s biggest event, the Electronic Entertainment Expo is dedicated to chasing these gamers’ dollars with big-budget spectacle and high-priced action games, while the real money is being made by companies like Zynga and Rovio through micro-transactions and ninety-nine-cent downloads. 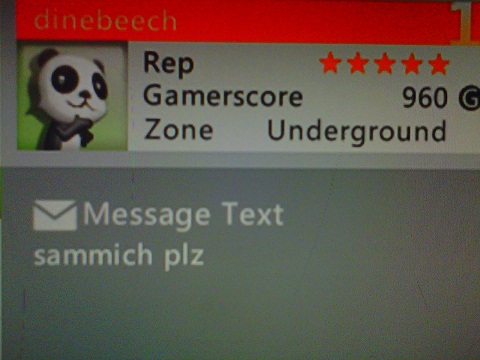 Furthermore, even within the demographic of the core gamer, we can draw from these numbers the fact that we are grown adults and should know better. From posts on Fat, Ugly or Slutty, to the recent debacle surrounding Feminist Frequency‘s Tropes vs Women Kickstarter, it’s important to remember that, statistically, this is not exclusively (or even primarily) the work of ignorant, sexist, homophobic kids. Based on the ESA’s numbers, it’s a fair assumption that a good number of these males behaving like complete jackasses in online games are adults with jobs, relationships, families, responsibilities, and social circles that would be aghast at their online escapades. Within the core gamer demographic, the culture needs to change, and the engine of that change must be gamers realizing that they’re grown-ups and that online anonymity is not carte blanche to behave otherwise.

As a personal point of contention with the ESA’s findings, I am curious to know what the racial, socioeconomic, and gender/sexuality breakdown is for consumers of interactive entertainment. While the fact that women represent essentially half of the gaming public could be an impetus for gaming companies to reconsider their traditionally sexist depictions of women in games, it would stand to reason that knowing exactly who consumes interactive entertainment would lead to a more accurate representation of the audience in games, and more diverse, well-rounded experiences in general. For example, we know, based on a 2010 survey by GameSpot and Univision that Latino/Hispanic gamers, while extremely underrepresented in games, are twice as likely as other demographics to buy new games (and 15% less concerned about price). Meanwhile, we know very little about other US racial groups as consumers of interactive media (or popular media in general), thereby preserving the perceived primacy of the White consumer, and enforcing a White stranglehold on video game content and creation. As little as we know about non-White gamers, we know even less about gamers who do not reside on the straight, cis-gendered end of the spectrum. This is especially damaging given the exceptional virulence and pervasiveness of homophobia and transphobia in online gaming environments. The ESA’s surveys are an opportunity to gather a wealth of information about the gaming public, helping change our perception and attitudes, but it could go further. If future studies would take a lens to traditionally disenfranchised game-playing populations, it could help gamers outside the majority realize that they are not alone, inspiring them to demand change.

On the whole, the information that the ESA has shared already provides us with a form of power. Based on these raw numbers, we can safely say that demonizing the outsider in gaming is inaccurate propaganda. We can see, with startling clarity, that the extremely vocal minority that dominates the discourse within the gaming community is just that: very loud and very small. These findings validate the idea that women don’t just have a place in gaming, but are in fact just as much a driving force as men. Finally, as gaming becomes nearly universal and incredibly varied, we can finally put the to rest the notion of hard-core gamer cred.

This entry was posted in gaming. Bookmark the permalink.

9 Responses to The Myth of the Average Gamer: 2012 Entertainment Software Demographics Deconstructed