Dr. Neil deGrasse Tyson has long been a favorite here at Geekquality. As pop culture personalities go, he’s an intelligent and passionate speaker; personable, charming, and an absolute stickler for details. But he’s more than just a winning smile and fantastic voice – long before he was ever on radio or television, he was perhaps the premiere example of a young person of color who, though sheer will and hard work, rose to the top of a STEM field.

With his hosting gigs on NOVA, frequent guest expert appearances all around the TV dial, and extremely popular Internet clips advocating for an increased American focus on the space exploration and research, he has become today’s foremost science personality and, without a doubt, this generations’s Carl Sagan. Dr. Tyson counts the personal interest he received from Dr. Sagan as a direct influence on his approach to encouraging young people to pursue science. It’s fitting, then, that working with Dr. Sagan’s widow and co-creator of the original series, Ann Druyan and (of all people) Family Guy creator Seth Macfarlane, Dr. Tyson has resurrected Sagan’s venerable 1980 PBS classic TV series Cosmos, as Cosmos: A Spacetime Odyssey.

To this day, the original 13-episode series Cosmos: A Personal Voyage is still the most widely-watched piece of public television in the world. Examining topics ranging from the Big Bang to subatomic particles to natural selection, Cosmos was a celebration of the complexity of our universe, and its popularity and innovative production made it an unprecedented event in science pedagogy.

While Dr. Tyson’s involvement in a Cosmos reboot is so logical as to make any other possibility unthinkable, producer Seth Macfarlane’s part in bankrolling the new series is somewhat more puzzling. Best known for crude humor built on pop culture references and shock value, Macfarlane has nonetheless had a lifelong fascination with science, and a preoccupation with science’s place in today’s national discourse. 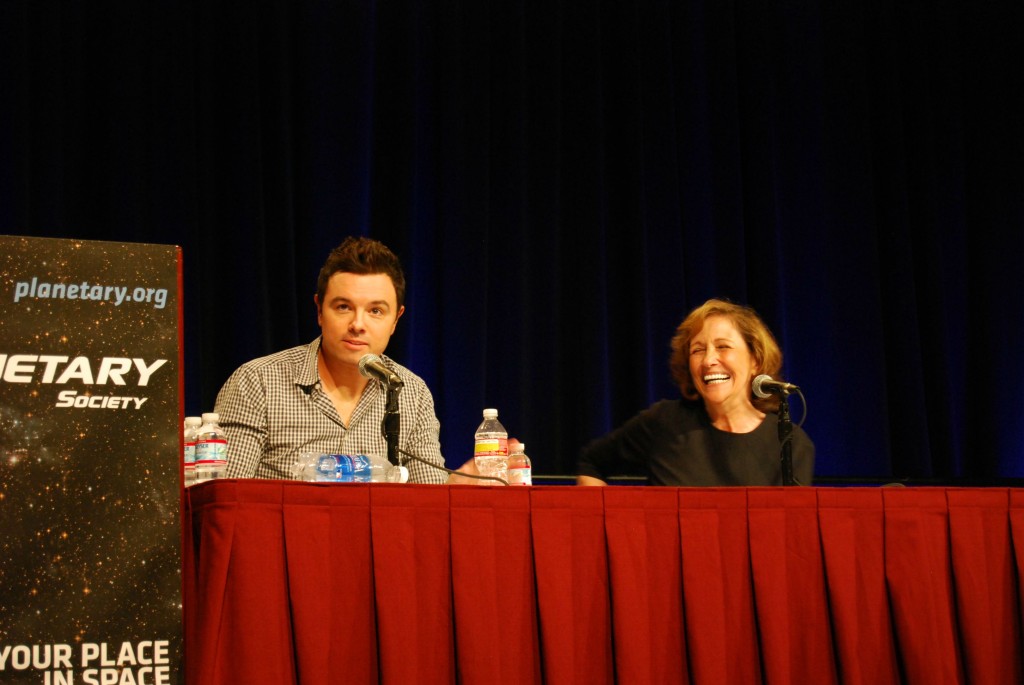 According to Dr. Tyson, MacFarlane reached out to him as part of an entertainment industry/sciences meetup group, with the desire to do something that would give back. Tyson brought up the Cosmos revival he’d been working on with Druyan, who intended a revival of her late husband’s program in more than just name. “My hopes for the new series is that it will excite a whole new generation to study, teach and actually do science as the original did,” she said. “My vision is to awaken the people of Earth to the poer of the scientific perspective.”

MacFarlane, in turn, provided the financing and brought the project to Fox. The team’s goal was the same as the original program: a multifaceted approach to blend science, art, music and the latest in special effects in order to create a program so compelling and bombastic that it would even hook viewers with no interest in science. 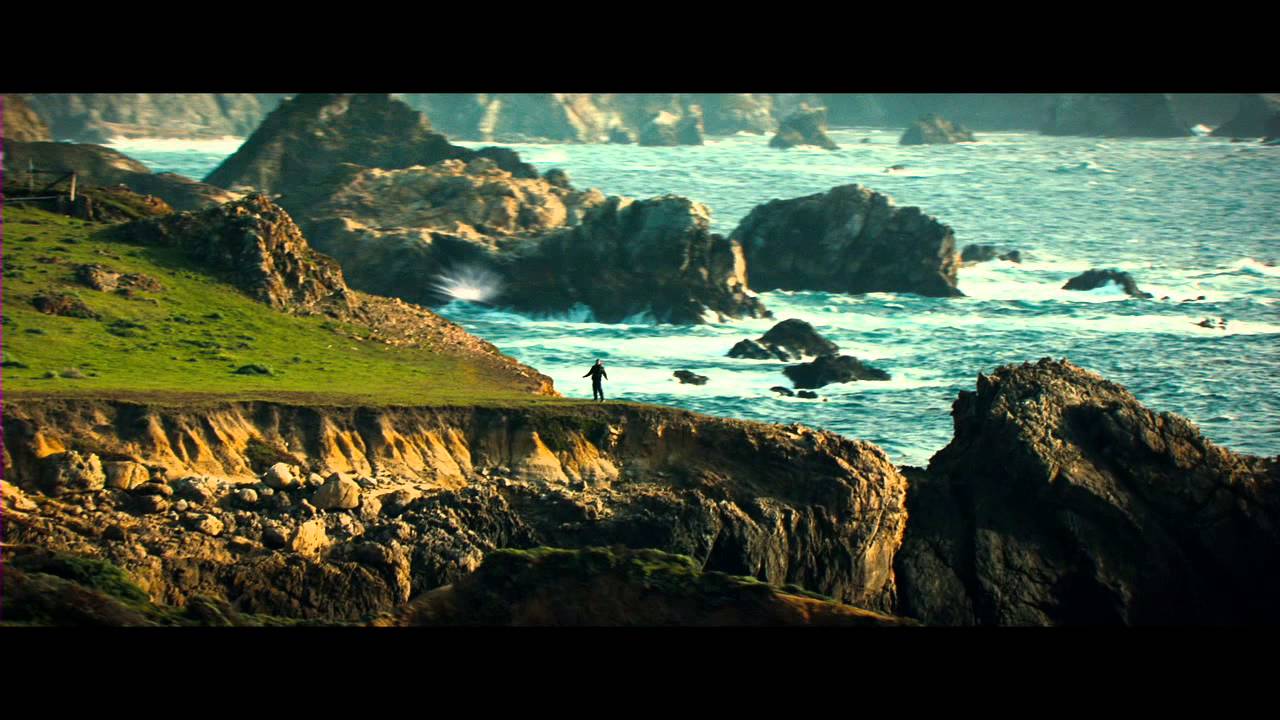 Cosmos: A Spacetime Odyssey aspires to be an update of Sagan’s classic, not a sequel or successor. The very first moments, with his original introductory voiceover, have the old, low definition image of the dandelion seed – the Spaceship Imagination – flying free from his fingers and floating on to a new, crisp HD world where Dr. Tyson stands on the same rocky California shore where Dr. Sagan began his voyage thirty-odd years ago. He smiles at the audience and assures us, “It’s time to get going again.”

Like the original series, A Spacetime Odyssey intends not only to expose viewers to the immense, complex wonder of spacetime itself, but also to celebrate the accomplishments of brave and forward-thinking scholars, researchers and scientists throughout human history. (Making a point, by the way, to showcase the accomplishments of women and non-Westerners in the development of our modern understanding.) 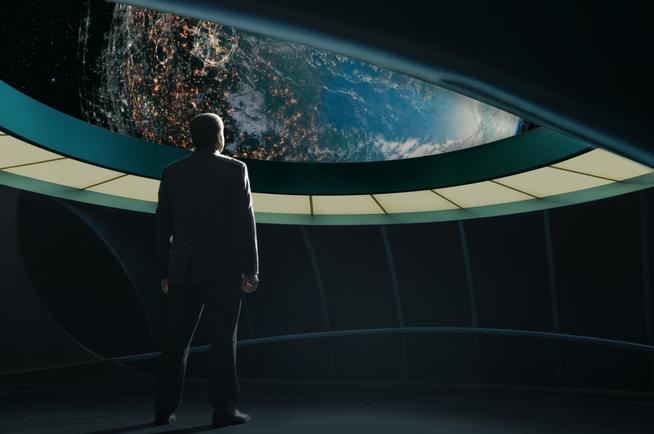 From its first sequence, beginning in Earth’s orbit, then rushing out on a whirlwind tour of our solar system from the sun to out beyond its outermost fringes, Cosmos: A Spacetime Odyssey is an absolutely gorgeous series, making good on Macfarlane’s promise of a visual spectacle. As it stands, it may be network television’s finest argument for high definition broadcasts. The depiction of Jupiter’s Great Red Spot alone is worth the price of admission.

What comes after the journey beyond Voyager 1 and the Oort Cloud might seem to some to be a hallucinatory fever dream: the show imagines greater and greater distances, and stars and galaxies become tiny specs of feverish colors merging into bright clouds, all the way out to the edge of the observable universe. There are places in the universe, Tyson tells viewers, that are so far away that their light has not reached Earth in the 13.8 billion years since the Big Bang. What’s more, our universe is believed to be only one small bubble in an infinite number of universes that flow in the reaches beyond spacetime.

But Cosmos reminds us that we didn’t always understand existence this way. As little as four hundred years ago, we believed that the Earth was the center of a tiny universe, created solely for us. Viewers are introduced to Giordano Bruno, a man burned at the stake for challenging the geocentric model. It’s here that the show switches from CGI wizardry to the two-dimensional, stylized animation featuring celebrity voiceovers, examining the origins of humanity’s understanding of the cosmos. 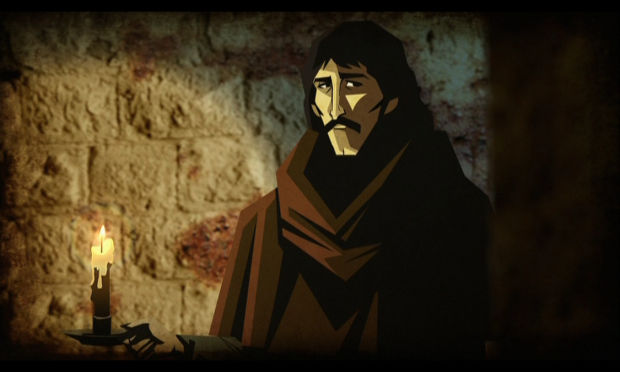 Bruno is a monk, a fervent believer in a god of infinite power and infinite glory, and so cannot fathom that such a being would create a small, finite universe. “Your God is too small”, he cries out to a crowd of scholars who brand him a heretic. Turned over the the Inquisition and martyred at the stake, Bruno’s story is that of facing and embracing a concept of the universe so far beyond human experience as to be incomprehensible. His biography resonates, and though it’s only hinted by the show itself, it’s not lost on the viewer that the same smallness of vision of 16th century men of learning is alive and well today.

Cosmos acknowledges that some of what science tells us about the nature of the universe seems counter-intuitive, even impossible. The idea that all of space and time, all the energy and matter that ever was or will be, came from a single point smaller than an atom sounds far-fetched. It’s almost beyond reason that life on Earth – and in fact the Earth itself – have only been around for a small fraction of the universe’s existence, and that all of human history is only the barest sliver of that time. But Dr. Tyson reiterates that scientific theories are about evidence, about trying to find not only that which would prove the theory, but that which would throw it into question. 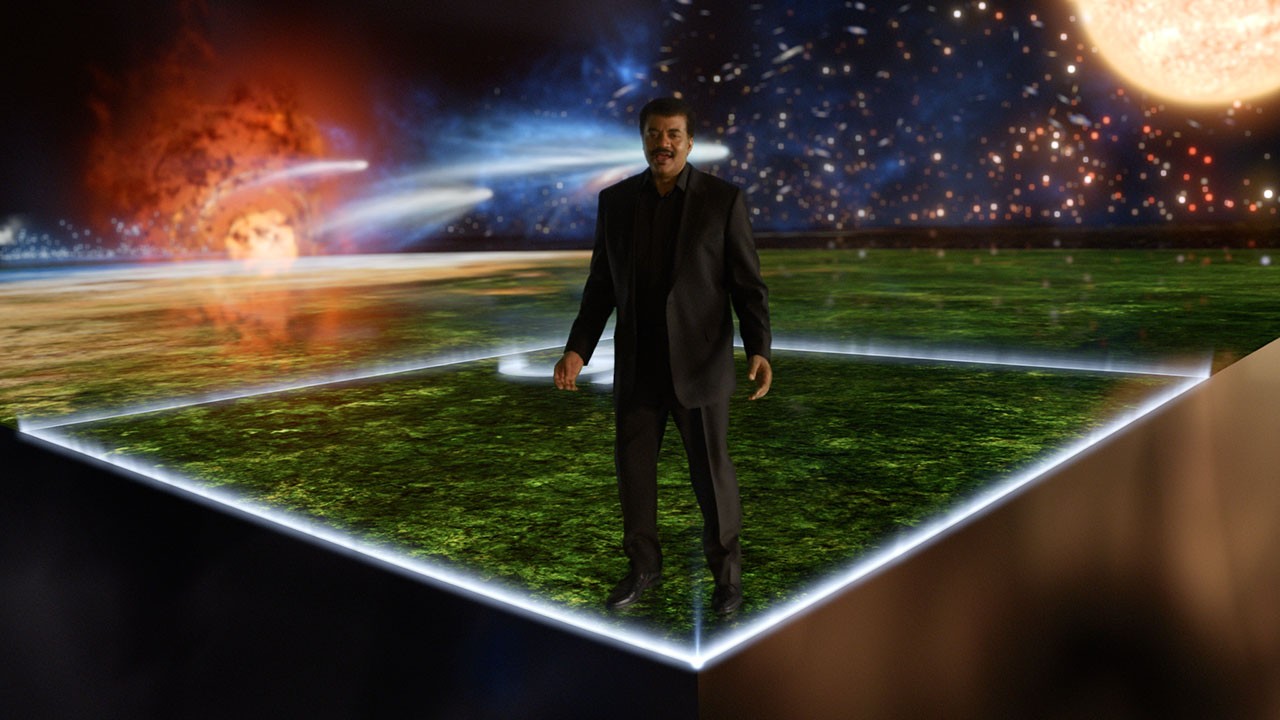 This inaugural episode of Cosmos is ultimately about scale. Not just the scale of the subject matter – taking us all the way from aspects of reality too small to imagine to those too large to fathom – but also of the program itself. Cosmos: A Spacetime Odyssey is a big show, with a massive budget, feature-film production values, and a lot of history and potential riding on Tyson, Macfarlane and Druyan’s shoulders. It could, potentially, be a big deal – a prime-time television program that attempts to do more to re-kindle an interest in science than network television has done in decades. The first episode is a mission statement: they’re going big, they’re challenging conventional wisdom, and audiences should be prepared to be blown away.

If nothing else, I hope audiences take away at least one lesson from this hour of television, as delivered by Dr. Tyson in the first minute:

“This adventure is made possible by generations of searchers strictly adhering to a simple set of rules: Test ideas by experiment and observation. Build on those ideas that pass the test. Reject the ones that fail. Follow the evidence wherever it leads. And question everything.”

It’s high time America remembered the power of the scientific method. With any luck, Cosmos: A Spacetime Odyssey will be the show that will remind us.