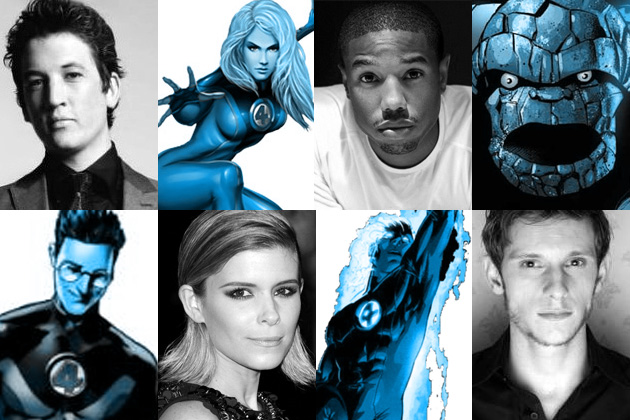 When the cast of the Fantastic Four remake was announced, we were really – really – excited because not only should Michael B. Jordan should be in All the Things (have you seen Fruitvale Station yet?), but it’s also really exciting to have a racebent superhero.

While we’re thrilled for Michael B. Jordan to be Johnny Storm/The Human Torch, we couldn’t help but notice a thing or two that’s frankly, a bit troubling. Naturally, we had a lot to say about it during a recent lunchtime conversation.

Moxie: Michael B. Jordan is officially Johnny Storm but is the only person of color in the main cast and I feel bamboozled. Good for Kate Mara and all but with MBJ carrying it I was really hoping for Sue to be Megan Markle’s breakout. And the kid from new wave Footloose is Reed Richards, I guess.

Lois: I really really like that MBJ is Johnny Storm. Everyone else is so… blah. This is like Star Trek where I wanted to love it because John Cho and Zoe, but everything else was eh.

Rick: In the traditional Fantastic Four dynamic, the powers represent familiar archetypes. (Of the 1960’s, but bear with me). Human Torch is literally the young, brash hothead. Everyone else is older and wiser. Johnny does what he does because he’s a teenager who feels invincible. In a dynamic where all the characters are the same age, the only Black character in the group is hotheaded and reckless because he’s… what? Black. It’s because he’s Black.

Rick: While I’m surprised and somewhat pleased at the casting of a PoC in a superhero movie… the whole point of Johnny is that he’s Sue’s (and, by extension, Reed’s) kid brother. I know they’re all 27, but the other guys look like kids barely out of high school.

Now, if MBJ were, say, REED… that would erase many of my issues with the casting AND be truly progressive. A superhero team lead by a super-genius person of color?

Moxie: I LITERALLY JUST HAD THIS SAME THOUGHT! Not having more POC is just a doodoo idea on all accounts. And–not trying to take away from the multi racial family dynamic here–I would have been particularly pleased with a Nicole Beharie-Sue Storm because she still looks young, but just older than MBJ to give that big sister dynamic. And I 100% would prefer a POC Reed as well. That would have been a bomb breakout for Steven Yeun, who is arguable more well known than that box of Wheat Thins playing him now. Also I would be a fan of Yeun/Beharie mouth kissing but that’s a personal thing.

Lois: You know what might redeem this Sue/Johnny Storm debacle? If they were BOTH foster kids who grew up together. This is just a terrible missed opportunity all around and it is a damn shame. Half-assed attempts are even worse than no attempts at all, sometimes.

Rick: And, you know, I’m not even advocating for an all PoC FF. Hell, you can have Reed be a white dude. Just, Johnny and Sue have to be siblings, and it has to be immediately apparent without hand-waving. I read a comment somewhere that said that the issue with the adoption explanation is that it’s virtually guaranteed that Johnny would be the adopted one, and it would imply the failure of a family of color. But the white lead cannot make out with a Black woman, I guess.

Lois: Or “worse”, a Black lead making out with a white woman. This is like “How Come Will Smith Doesn’t Get the Girl?” all over again.

Moxie: I AGREE WITH ALL OF THIS! I don’t think it needs to be wall to wall POC, but it’s like if you add one more, it’d be half! They can’t even do that? Whatever. That adoption storyline is gonna be dicey to begin with unless it’s a straight up Farrow family (which I wouldn’t be mad about, let’s be real). But I would advocate for a PoC Sue more than anything.

And maybe Sue is the adoptee in this case, but there would be hand wringing over that as well, I know. This was just a wholly missed opportunity. I just think it would have been nice to have a solid set of PoC siblings that are strong and capable and representative of an archetypal sibling relationship, without apology. And really I just have a problem with Johnny being the only PoC and Fox acting like it’s all good. Fox Films is streets behind their originally programming dept. 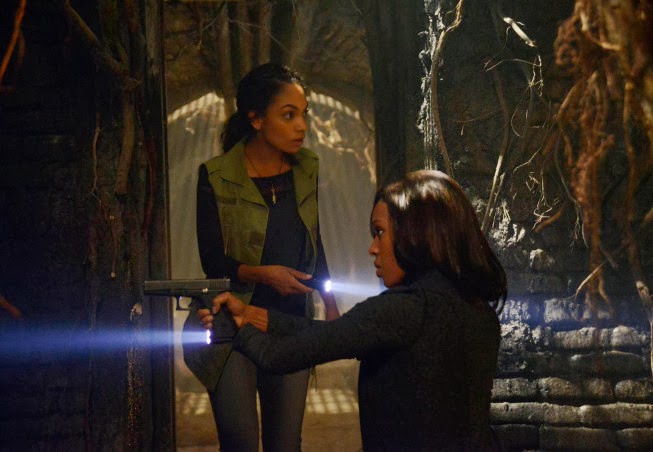 Rick: I know it’s uber-nerdy, but I would kill for a team made up of David Tennant as Reed, Nicole Beharie as Sue, MBJ as Johnny and Jason Momoa as Ben.

Lois: Jason Momoa as Reed. AHHHH! Or John Cho as Reed. He carries the weight of responsibility REALLY WELL on his brow.

The weight of responsibility looks great on his brow.
Photo courtesy of Comic Book Movie

What do you think of the new casting, readers? Tell us your thoughts in the comments, or hit us up on Facebook or Twitter! For further reading, we really enjoyed this excellent commentary and analysis of the reboot from Comics Alliance.

This entry was posted in chats, film. Bookmark the permalink.