Moxie saw The Avengers and you should too (and look, no spoilers!)

This movie ain’t for everybody, only the sexy people, so all you fly mothers, get on out there and avenge!

No but seriously you guys, I saw The Avengers last week, and it was everything I ever dreamed it would be. This movie has it all: a buddy comedy with seven buddies, explosions, angst, butts. And so much more. This film perfectly exemplifies the genius of Joss The Boss Whedon; it toes the line between mainstream and fanboy just right. I saw it with one of my girlfriends who is not a comic book or Whedon geek in the least, and she followed it and loved it as much as the rest of the theater.

I love Whedon’s TV endeavors but the criticisms I’ve heard have all been valid. Some people don’t groove with his hyper stylized, sometimes overly meta dialogue, or the archetypal characterizations. The Avengers, though, was nothing if not balanced. The characters are still familiar to those who love the comics, but Whedon made them that much more rounded and lovable. His style really shines through in the dialogue; it’s all very natural, and using Tony Stark as a mouthpiece to spit some grade A pop culture snark was a prime choice.

Everyone is almost surprisingly grounded: Cap isn’t too preachy, Thor never too much of a bonehead, and if you were worried about Black Widow being little more than eye-candy, the movie will more than quell your nerves. (I mean, if nothing else, Whedon has you covered on strong female leads.) Also, her weave is much improved, as is Thor’s. You thought Hawkeye was going to be a throwaway character? Think again. This movie is…  like the best Avengers fanfic you’ve ever read in your life: fanfic so good, it almost makes you want to denounce the source material in favor of it. It’s all just different enough to get you really excited to see what happens next, because it could be anything, and whatever it is, you know it will be good (ahem, Monica Rambeau, ahem). Folks in the fandom will appreciate the many little details being given attention. Whedon is also good at making your heart go pitter-patter, and the chemistry between the cast just adds to it. There’s just nobody you don’t care about and nobody that doesn’t care about someone else. That’s a hard chord to strike in an ensemble film, and this really was a complete ensemble film. 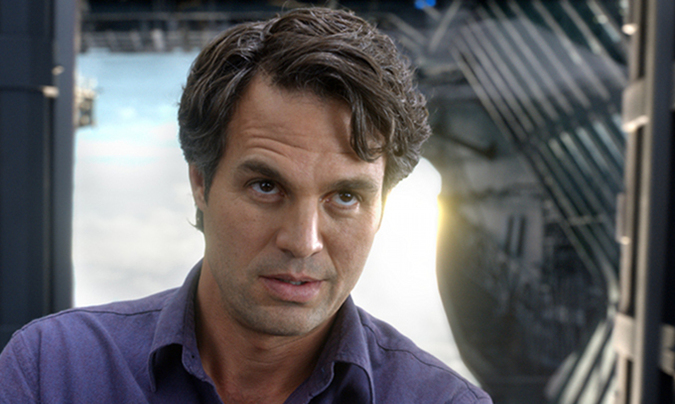 But the biggest surprise came from none other than the jolly green giant himself, Bruce Banner, who was flawlessly executed by that certified national treasure and known heart slayer, Mark of House Ruffalo, first of his name. Ruffalo takes Banner to places no one in the theater expected. Subtlety was never a word I associated with Hulk, and that has all changed, thanks to this film.

For all the witty banter and prime time booty shots, this is still a Whedon project, which means your heart will be ripped from your chest and shoved down your throat. All I’ll say is, pack a bowl of chicken soup to cry into, because this movie is SICK.

This entry was posted in film reviews and tagged avengers. Bookmark the permalink.