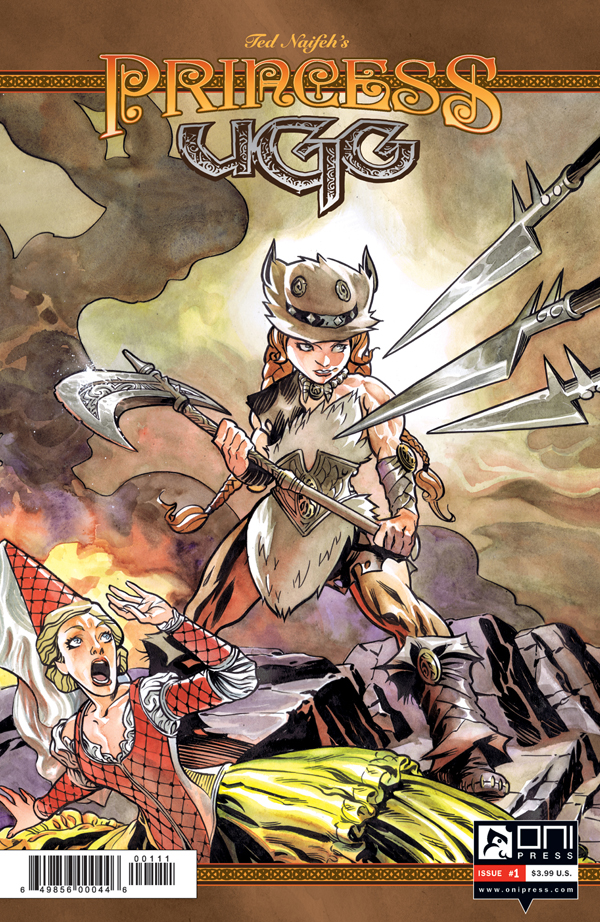 Though misses and near misses could categorize this week, we’ll start off with one pretty big hit: Princess Ugg #1 from Oni Press, written and delightfully drawn by Ted Naifeh. Princess Ülga, her full name, is the young daughter of the King of the mountain land Grimmeria. A child of no more than 12, she’s being sent “to school” by her mother for the first time, “to school” meaning into battle with barbarians. Her warrior mother raised Ülga as a warrior herself, but as she grows up, her mother seems to have left her. She heads down the mountain to the nearby valley kingdom to learn all she can, for herself and the betterment of her people. The valley kingdom itself is practically a Disney movie, complete with self-absorbed princesses worried about soiling their “third best dress.” Ugg doesn’t have a dress to her name, merely swords, axes, and a faithful shaggy mammoth named Snorri. It’s fair to say she’s out of place is no misstep, but the local palace guards are outmatched by Ülga. Her rambunctious ways lead her to a rousing battle, good-natured though it may be, and land her at the feet of the local queen and eventually in what amounts to Princess School. How she’ll get on with her classmates is for future issues, but hopefully it won’t all lead to an “ugly duckling” scenario. Ülga proves on every page of the first issue that she’s exactly who she needs to be: a tough, confident, intelligent, and practical young woman. She also has a vulnerable side, as her mother’s disappearance is an understated but clearly motivating factor in her journey. Princess Ugg is a comic aimed at younger readers, and ultimately a fantastic reminder to all young girls that they can be whatever type of Princess they choose, or not be one at all. That strong core of self-determination will hopefully remain Ülga’s – and Naifeh’s – guiding star. 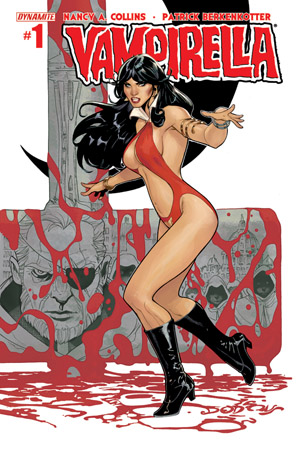 And then there were the new books that missed. Comics are slow to change, and a great many “Strong Female Characters” in the industry still have an unfortunate aspect as their defining characteristic. It’s a prevalent example in Dynamite Comics new series Vampirella #1. While descriptions like “capable”, “powerful” “strong willed” and “unstoppable” could all be used to describe the monster-hunting vampire, the one that comes up first and foremost is “sexy.” Sadly, Vampirella’s sex appeal isn’t a weapon in her arsenal. She doesn’t use it to her advantage, or take ownership of it in any kind of way; she is simply nearly naked most of the time. Her traditional garb would be considered the skimpiest of bathing suits, even by modern day standards, and it’s been her defining look for 45 years. Make no mistake, Vampirella herself is a compelling character, and as written in her new series by Nancy A. Collins, she’s a hero to be reckoned with. She’s a protector of the innocent with a dark side of her own, and she’s not a trope (the vamp hunting vamps), but part of the reason that such a trope exists. Yet she can’t seem to get a modern reboot, and her writers and artists aren’t trading on much more than her nearly naked form. Vampirella manages to dress modestly for a short portion of the beginning of the book, but the moment she leaps into battle her overcoat comes off, and she’s jumping about in her swimwear, feeding into all the negative stereotypes that comics have created for women for decades. Sadly, while her 45th anniversary means she got a new book, it also looks like some things aren’t new at all. 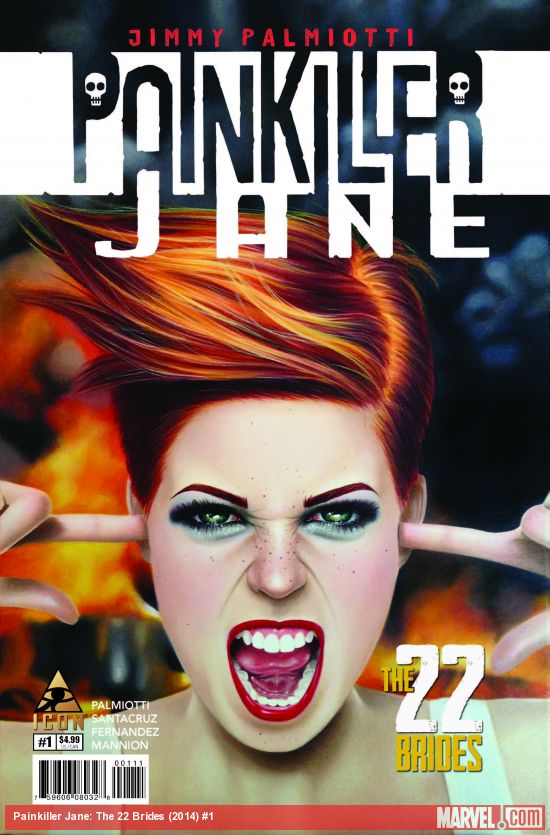 Following close on her heels is another well known powerhouse, in a brand new series, Pain Killer Jane: The 22 Brides #1.Again, it’s not the character herself that’s an issue, but her treatment at the hands of her writer and creator Jimmy Palmiotti that’s disturbing. He’s always intended Jane to be a bit of a bad girl. She’s strong as can be, a sort of lady Wolverine without the razor claws, and she’s an open lesbian, and she’s a stunningly gorgeous woman who isn’t afraid to use it to her advantage. Jane is a riot grrl superheroic masterpiece on a lot of levels, and many of her previous books have been show-stoppers. Here she’s teamed up with a group of female assassins and mercenaries known as the 22 Brides, and that’s where we run into a problem. While most PKJ titles are unapologetic in their sexuality, this book takes things pretty far, with the 22 Brides nude more often than not, and rarely for any narrative purpose. Their legend stems form them having been a harem for an abusive king, and thus they lounge about in various states of titillation and undress for several pages before fighting back and killing him after the newest among them is assaulted on her wedding night. Their modern incarnations don’t seem to have wandered far from the boudoir, despite having no king to serve. Perhaps Palmiotti tried to justify the gratuitous bikinis and the odd shower scene this by setting most conversations around their swimming pool. But these serious moments could have taken place anywhere, around a boardroom table or at a computer terminal, showcasing the characters’ talents and minds as skilled assassins.

One last miss this week comes from Boom! Studios Big Trouble in Little China #1. Co-written by John Carpenter, the book is a continuation of the cult film that mashed up 80’s action and 70’s kung fu. Jack Burton is back, as is the Pork Chop Express, but while the camp may have worked on the big screen back in the day, this book falls quite short of being fun. After I came to an offensive joke using common Asian last name to make fun of male genitalia, I honestly put the book down and didn’t finish it. Thus, a very short review: it stunk.