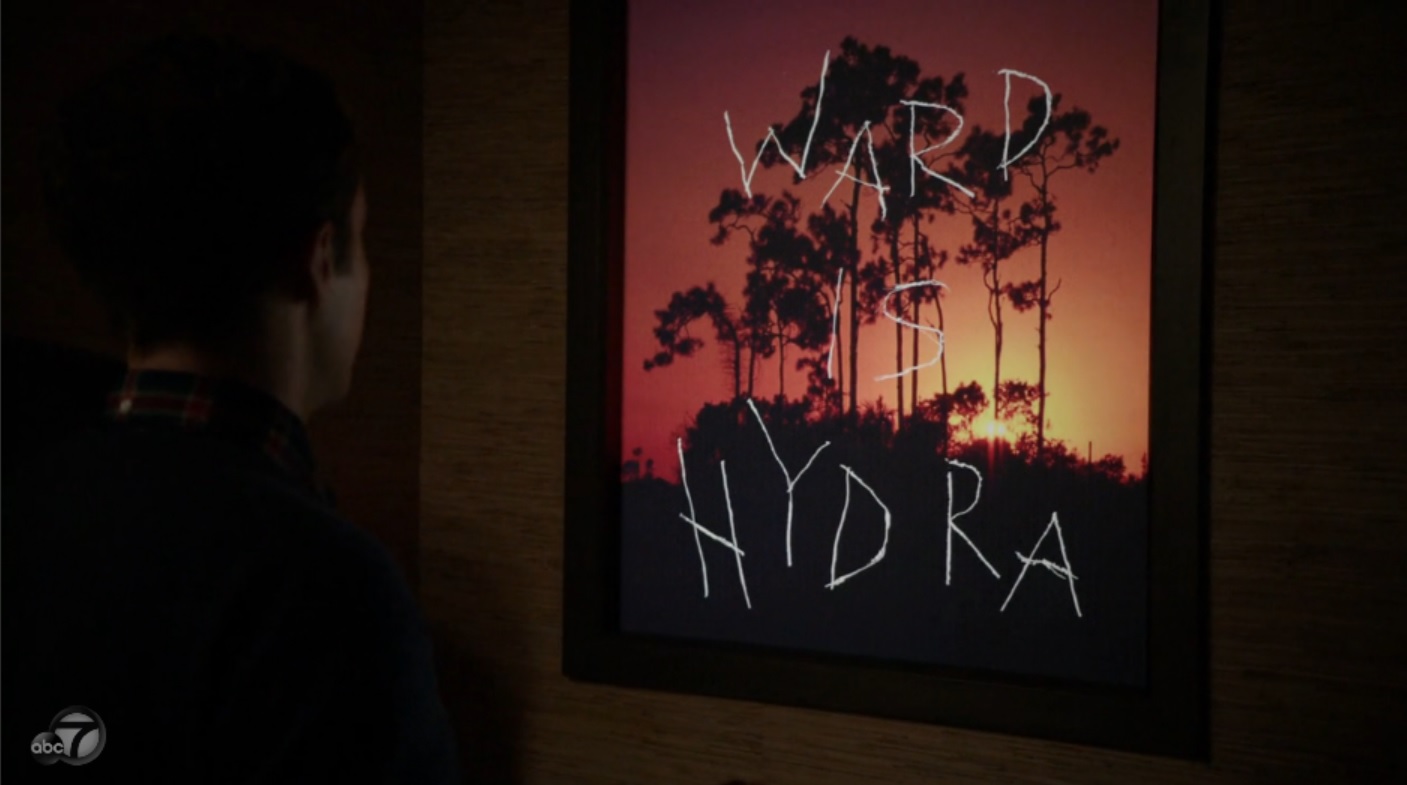 Last week I bemoaned the fact that, even though we should be building toward the senses-shattering (in the Mighty Marvel Manner) conclusion to the first season of Agents of S.H.I.E.L.D., a good portion of last episode was instead spent with a fairly standard Problem of The Week. Sure, it did give us movie fans a little closure by marginally expanding on Agent Coulson’s relationship with the oft-mentioned Cellist, but the main plot would have worked just as well earlier in the season.

In spite of some misplaced plotting, however, it did more than just tread water. We got to really sink our teeth into the new and improved Evil Grant Ward, who, failing to seduce Skye into handing over the MacGuffin, just stole the Bus and took her with him. Eric Koenig got to become our new favorite character before suddenly dying because this is, after all, a Joss Whedon show. (Though I am partial to the fan cannon where Fury has a bunch of secret bases, all staffed with android Patton Oswalts.) Finally, did you know that May’s semi-estranged mother is also a spy (albeit one with a sense of humor)? Turns out she is, she’s not with S.H.I.E.L.D., and she doesn’t really approve of May’s friends. This week’s episode “Nothing Personal” brings the mythology development to the fore and sends the show barreling towards its finale.

Last episode, we left off with May ready to track down Agent Maria Hill (Cobie Smulders) in order to make some sense of Nick Fury and his wheels within wheels. Hill, meanwhile, has been dealing with the fallout from The Winter Soldier, being dragged in front of Congress to explain what a Man-Thing is, and trying to leverage Stark Industries’ tech to keep the world from falling apart. Hill is the first stop on May’s quest to find out exactly who was pulling the strings on the Tahiti project that brought back Coulson, because as mysterious as he was about it, it wasn’t Fury. Coulson might not be able to trust her, but she cares enough to make sure that his resurrection wasn’t a Hydra scheme.

Back at Providence, it’s not long before the rest of the team discovers Ward’s deception. There’s not a whole lot they can do about it, with Ward en route to LA so that Skye can decode the all-important hard drive containing all of the team’s research. Ward is itching to get the info to his pal Garrett and he’s coming off incredibly creepy in his attempt to play Skye, not knowing she’s well aware that he’s Hydra and trying her damnedest to stay on his good side long enough to escape. 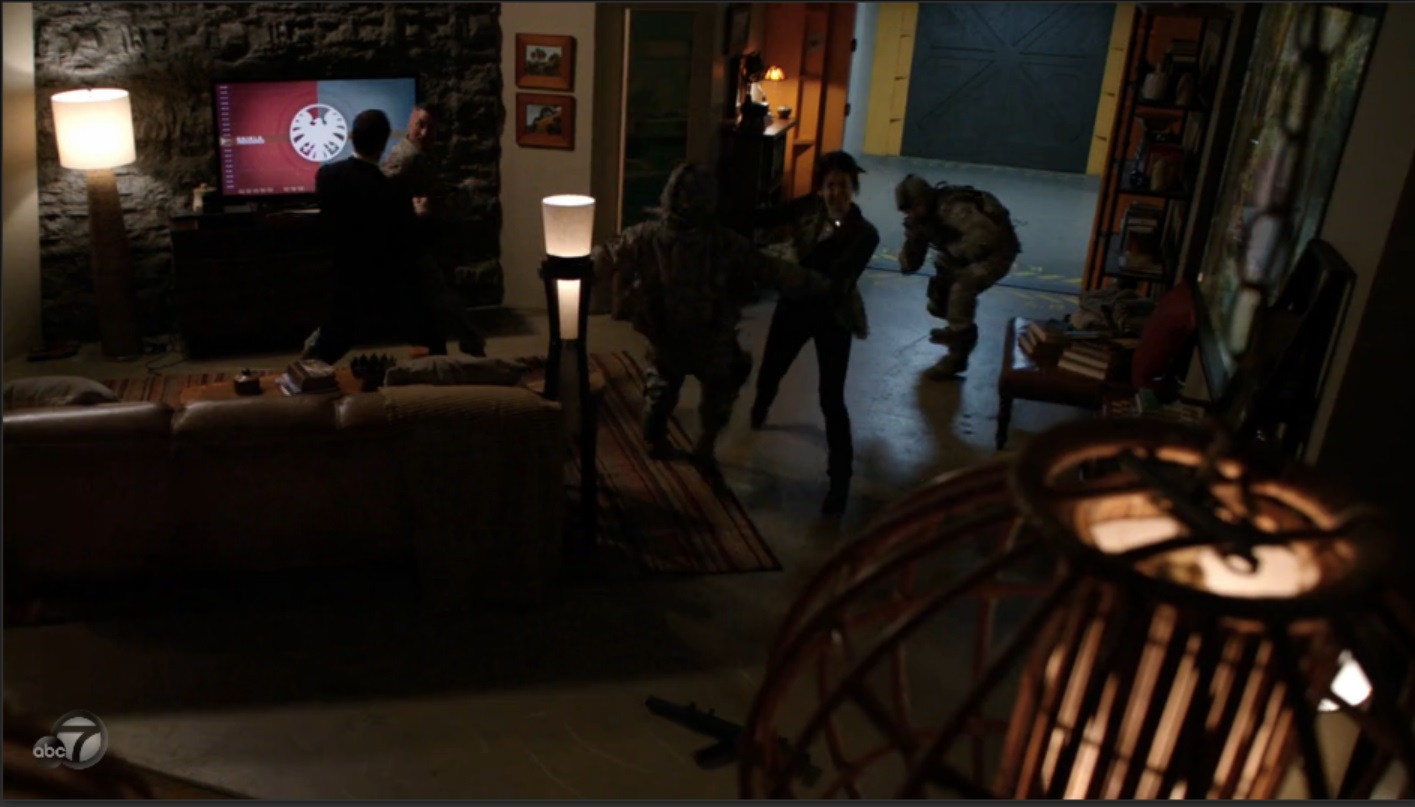 While Skye does her best to stall Ward, Hill shows up at Providence to bail the team out, sort of. She got a ride from General Talbot (Adrian Pasdar) and the US Special Forces crew assigned to arresting any surviving S.H.I.E.L.D. agents. So, getting a ride out turns out to be awkward and involves punching.

Back to Skye. I’ve not had a lot of kind words for her over the course of the season, but I very nearly cheered when she turned things around on Ward and made a clever and valiant, though ultimately short-lived, escape. About halfway through the episode we see her do something legitimately smart that doesn’t rely on “hacker” hand-waving or taking ridiculous Chosen One risks. Where was this character the whole time?

Recapturing her doesn’t turn out all that well for Ward. Once they have a chance to actually be honest with each other, it turns out that he’s a lot more messed up than we suspected, to the point where it’s almost horrifying. He either has real feelings for Skye, compartmentalizing them to follow Garrett’s nasty orders, or he thinks that she’s fool enough to fall for his assurances of devotion, even knowing what kind of monster he is. Either way, he insists that the actions he’s taken are nothing personal. Grant was just following orders.

Speaking of monsters, Deathlok is back as the heavy, and while he doesn’t get to do much, he at least gets the opportunity to smack Grant around a bit, on Garrett’s orders. It’s really nothing personal.

In all, “Nothing Personal” did exactly what I wanted this late in the season. At this point, it’s all about putting the pieces into place for the final showdown. Strictly speaking, it was kind of a wash, what with both Hydra and the agents coming out of it in a better position than last week. We were reminded that the new status quo is dangerous indeed, and that the odds are definitely not in favor of Team Coulson. The special guest star appearance ended up moving the narrative forward rather than just being a gimmick, and we also have a new answer and a few new questions about the Tahiti project, thanks to May’s figurative (and literal) digging.

In terms of character, Ward is becoming more and more interesting the further he gets from his Boy Scout persona. Meanwhile, Fitz (who I hadn’t really mentioned this time) has become S.H.I.E.L.D.‘s emotional center, with the hurt and dismay he shows after learning of Ward’s betrayal adding some real punch to the team’s situation. Finally, “Nothing Personal” represents a high point for Skye as a character. Under extraordinary circumstances, it turns out that she can be written and acted not only as pretty damned smart, but also legitimately likable and emotionally true, if only for a little while. 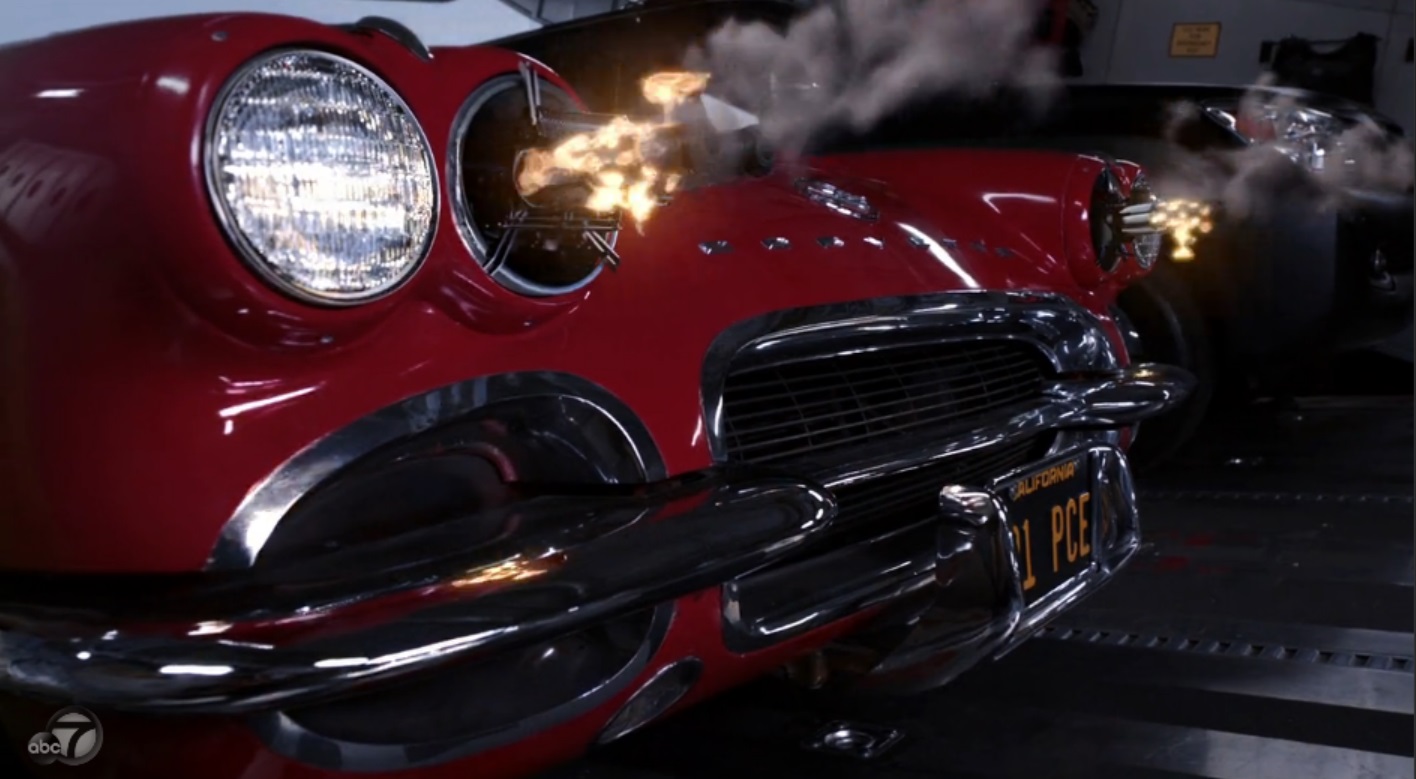 Also it turns out that Coulson’s flying 1963 Chevrolet Corvette, Lola, has headlight machine guns. Even if the episode hadn’t turned out to be as effective as it was, I still would have loved it for just that one magical moment, where a classic car shoots at a cyborg.