An Open Letter to DC Comics

This letter originally appeared on The Hero Blog on Valentine’s Day, but we really thought it was worth sharing here as well, so we’re cross-posting it with Miguel’s permission.

First off – Happy Valentine’s Day. And thank you for your ongoing commitment to representing the different kinds of love there are in the universe – man/woman, man/man, woman/woman, alien/amazon, amazon/man…I’m sure there are some robots in there somewhere…anyway, you get the idea. 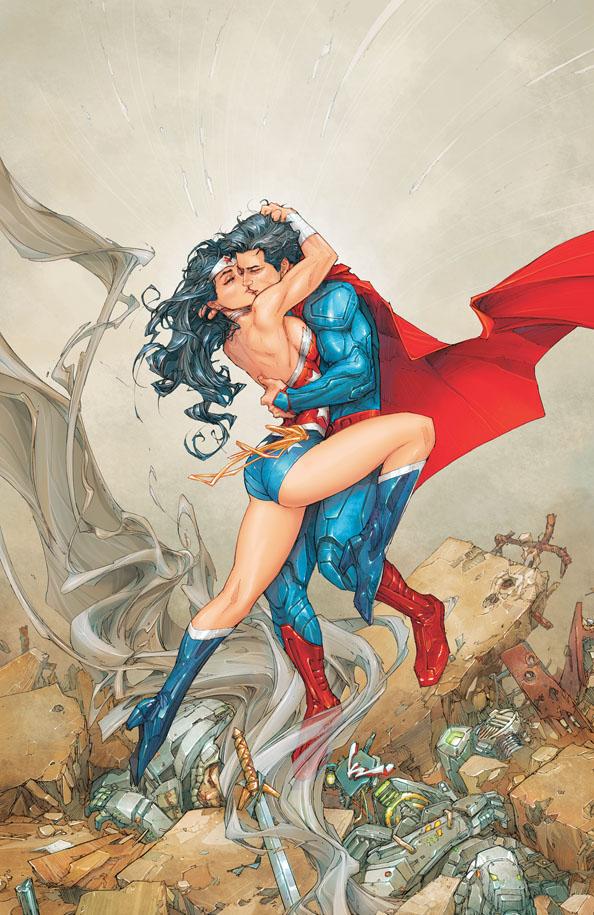 You’ve done much good and created many role models in your years publishing comics. You’ve created (and re-created) a group of inspiring heroes for kids of all ages (I’m nearly 40!) to look up to.

Which brings me to the purpose of this letter. Today, a day of love, I wanted to share with you my thoughts on your hiring of Orson Scott Card to author a few stories in your upcoming “Adventures of Superman” digital release.

As you are well aware, Card is an outspoken Mormon who believes gay rights are “a collective delusion that’s being attempted”. And he’s not just a passive anti-gay supporter – he’s an activist. He’s a board member of the National Organization for Marriage – a group whose purpose is to deny marriage to homosexual couples under the guise of preserving the sanctity of traditional marriage.

Now I firmly believe that you, DC, have the right to hire whoever you want to write your stories. You own the characters and the DC Universe. And, of course, I have the right to not purchase a book based on the author you’ve chosen.

Personally, I feel like Brett White has it right when he says “supporting human equality isn’t something we can pick and choose with. Bigotry is not an opinion, and bigotry is not something that our superheroes would defend.”

So it should go without saying that I will not be purchasing these stories written by Card.

Now, before you start crying over the $6 you just lost, I want to reassure you that I still love you, DC. And despite this confusing step on your part, I’m not going to be boycotting all your books or calling for heads to roll.

You’ve done a lot more good than bad when it comes to supporting LGBT rights. I trust you now understand how hiring someone who stands against equality can hurt your reputation. As social momentum continues to carry our nation towards acceptance, it’s up to you to decide if this is a battle you feel like fighting again in the future.

I’ve seen arguments that state “What about freedom of religion? Card shouldn’t be censored for his beliefs!” To that, I say – I’d never want him censored for his beliefs. But I will stand up against him if his beliefs are infringing on the freedom of others. Because his beliefs are just that – his. And if America is going to work, we need to understand the line between vocalizing our values and imposing our beliefs on others in a way that denies them equality. (Traditionally, history has not been kind to groups that frown on equality.)

I close with this – I have a 5 year-old daughter. She knows who Batman and Superman are. I’ve read her Tiny Titans comics. She’s prepped to be a huge DC fan!

I have no idea if she’s gay or straight. Nor do I care. Regardless of her orientation, I’ll want her to be treated without prejudice. I don’t want her to grow up in fear simply for being herself. If she is gay, her road will have been made much harder by the likes of Card and all those who stand with him against equality. If she is straight, she’ll see her LGBT friends suffer as a result of the National Organization for Marriage’s actions. As a parent, I need to be sure that I’ve done all I can to support my child, no matter where her life may lead her.

That’s a lesson I learned at an early age from Ma and Pa Kent.

This entry was posted in comic books, cross posts. Bookmark the permalink.