Well, it’s finally here! Mass Effect 3 was released in the U.S. today, and I immediately ran out for my copy. Readers will know from our recent Geeking Out roundups, as well as my previous Mass Effect post that I’m a die hard fan.

It may have taken Bioware two games to work out the kinks in the franchise, but ME3 more than makes up for it. The game combines all the successful elements of its predecessors to create a satisfyingly epic final chapter to a space opera five years in the making. There are plenty of callbacks to old decisions and relationships for the players who will import their save files from Mass Effect 1 and 2, but the gameplay is still simple enough for someone who is just now tuning in.

Mass Effect 3 has been the subject of a lot of discussion because of the unprecedented attention that was paid to the female main character for the game, lovingly known as FemShep. Unlike the first two games, FemShep received her own trailer and cover art this time around. Fans were even asked to vote on her default appearance (which, despite its share of controversy, turned out fairly similar to the original default female character). All the hype then raises the question: how does FemShep stand up in action? Is it worth it to advertise the game with a female lead? I say absolutely. Playing as FemShep is incredible because she is allowed to be so much. She is a woman of color, a hero, a bitch – anything the player likes and all of it while saving the entire galaxy. 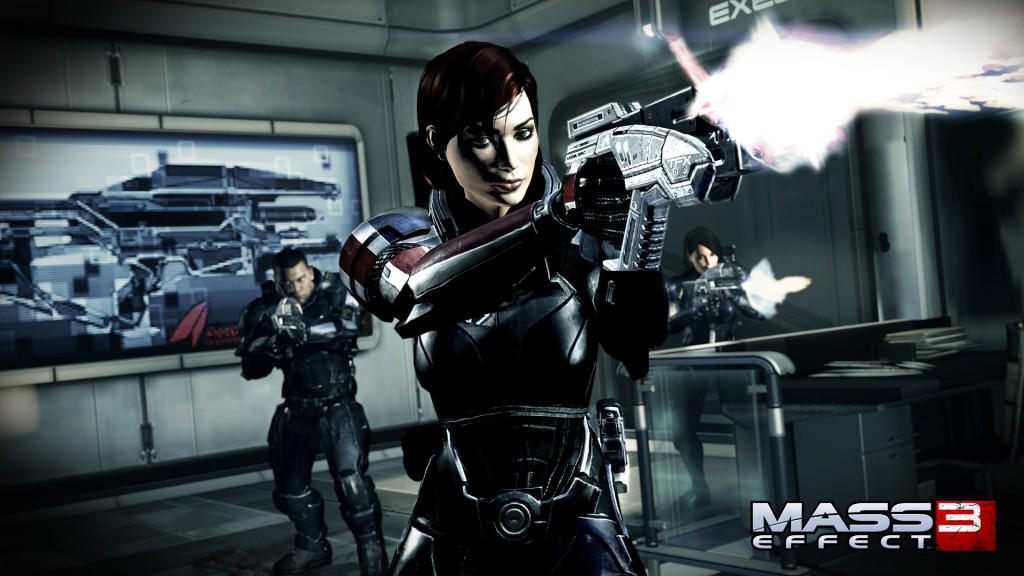 There’s a certain sense of satisfaction in playing as FemShep in the greater context of the game as well. She’s a high ranking officer in a field that is primarily led by men, and she is the one person in the galaxy with enough knowledge and experience to handle the enormous task at hand. In fact, she’s managed to do it all while being underestimated and doubted by those around her. It makes for a compelling story, with exceptional nuance and emotion.

I’m going to continue playing, and we’ll see if BioWare and FemShep continue to impress. But so far, as an opinionated and feisty fan, I am thoroughly enjoying myself. Expect to hear more from me as I explore the game in more depth.

This entry was posted in gaming and tagged bioware, mass effect, mass effect 3. Bookmark the permalink.