Race in Games and the Next Assassin

Ladies and Gentlemen. I am Puerto Rican and I play video games – lots of video games. Which is funny, since, to look at the gaming industry, as well as the content of the games themselves, you’d think that there’s no such thing as a Black, Latino, Arab, South Asian, or Native American. This is a less-than-accurate representation of the actual state of things. 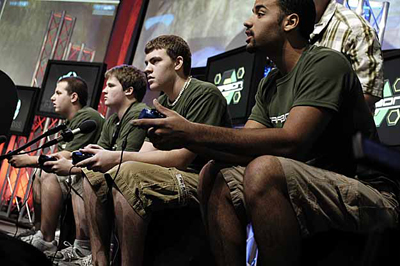 A 2009 Ziff Davis poll showed that use of video games is mostly equal between Whites and Blacks over the age of 18, with 51% of those polled self-identifying as playing video games. Interestingly, both groups were surpassed by a very large margin by Latino adults, 63% of whom identified as gamers. Clearly, it’s not just Caucasian gamers out there, but you wouldn’t know it from some of stats about the industry and the games it produces. A 2005 International Game Developers Association (IGDA) survey (PDF) of Western gaming professionals showed that the industry is almost exclusively white, with 83.3% of respondents identifying as non-Hispanic White. All other races reported in the single digits: 7.5% Asian, 2.0% Black, 2.5% Hispanic, 4.7% “Other”.

The demographics of the virtual worlds aren’t that much more encouraging. A 2009 study (PDF) looked at characters in the top-selling 150 games – across all platforms – from 2005-2006. The numbers showed a marked disparity between real world demographics and the populations of virtual worlds. Of the 8,572 human characters reviewed, 80% were White, while Black characters were just shy of 11%. Further numbers showed that of the counted characters, only 5% were Asian/Pacific Islander, less than 3% were Latino, barely 1.4% were biracial, and – this is fairly remarkable – 0.09% were Native American. That’s one tenth of one percent.  The researchers go on to note that of the 8,500-odd recorded characters, not a single protagonist was Hispanic or Native American, while fully 85% were White.  It’s no stretch, then, to say that while gaming consumers aren’t monochromatic, the games and the industry undeniably are. 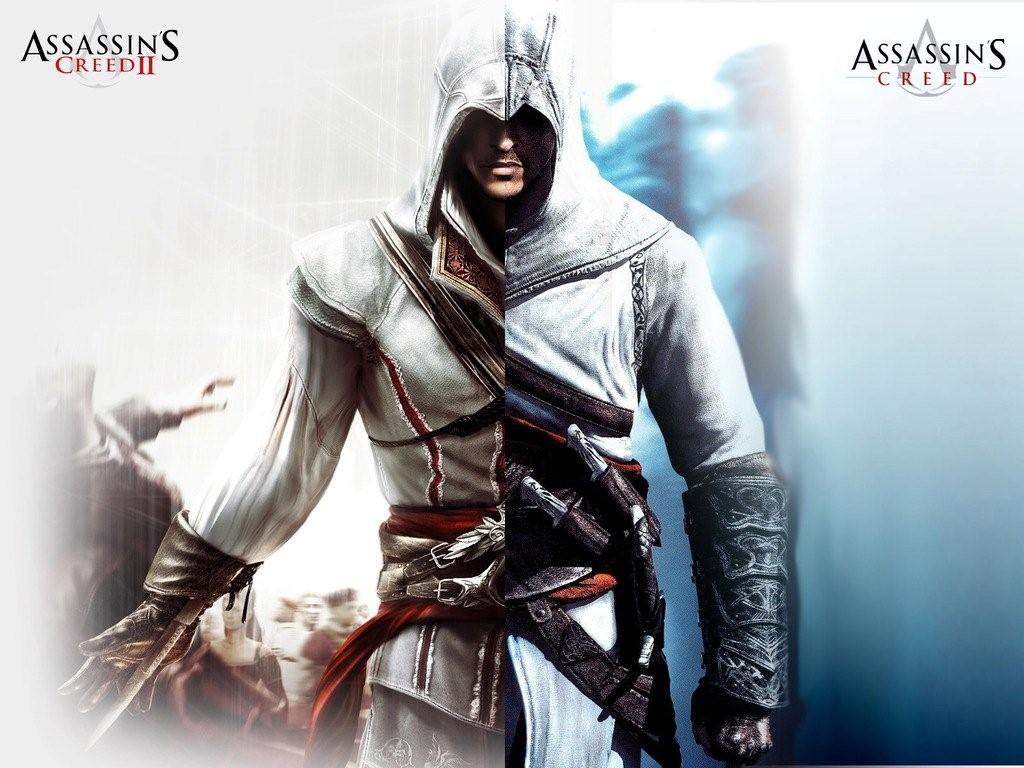 However, lest I give the impression that I’m here exclusively for a statistics-based rant, the main reason I wanted to bring up player demographics and race portrayal in video games is due to Ubisoft’s recent unveiling of the setting and protagonist for their upcoming game, Assassin’s Creed III. 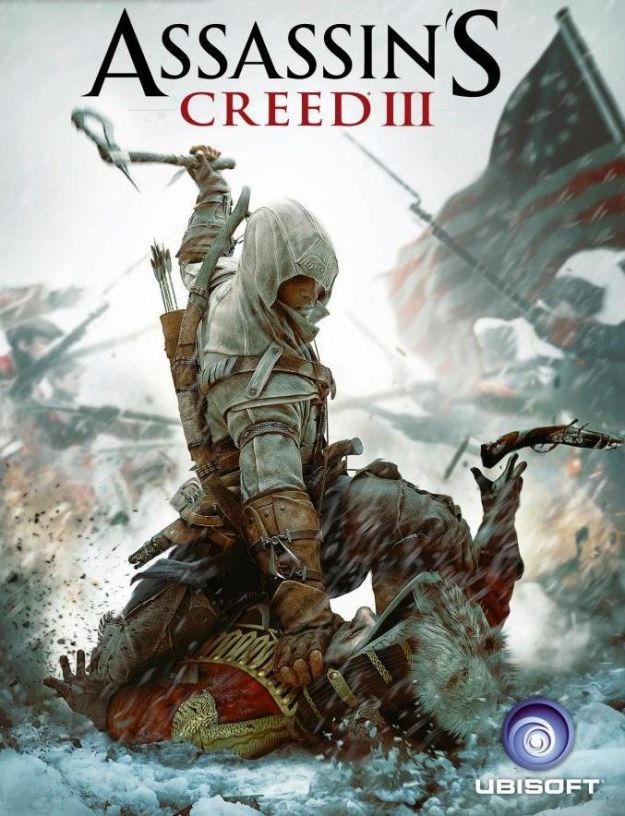 Last week, Ubisoft teased the first artwork from the game, leading observers to speculate that the protagonist would have, based on his clothing and weapons, Native American links. There were three ways the developers could have handled this, each with very different implications from the perspective of racial representation.

The first, and frankly least desirable, possibility was to have the Asssasin be of European descent, having adopted Native American modes of warfare and dress. This, unfortunately, would have been a perpetuation of the Culturally-Appropriating White Hero trope (see Dances With Wolves, The Last Samurai, Avatar, damn near every other action movie featuring a non-Western culture).

The second possibility, and the one that I had been hoping for the most, was for the protagonist to be full-blooded Native American, from one of the New England tribes that, frankly, most modern Americans know little about.  It would have been a unique opportunity to see the world of the European from the outside, and to immerse players in a wholly unfamiliar culture.

However, much of the speculation on the Internet leaned in the direction of the Assassin being part Native American, based on the idea that the series follows a family line. The fault in this logic is that this character could have fallen anywhere in the bloodline. He could have been full-blooded Native American, while any of his descendants up to the modern era could have intersected with the Old World line. Having a character who is partially European was not strictly necessary, but was ultimately what Ubisoft went with.

According to early reports, the character is a half British, half Mohawk by the name of Connor or Ratohnhaketon.  Additionally, it seems that players will experience at least a portion of the character’s upbringing in a Mohawk village, until events set him on his quest. It’s unfortunate that, possibly for reasons of “player identification”, the developers elected to have the character be at least partially connected to a culture that White players would find familiar. However, it seems that the developers intend to portray the Mohawk culture at least to some degree. The reason this is likely a good thing is best illustrated in pictures: 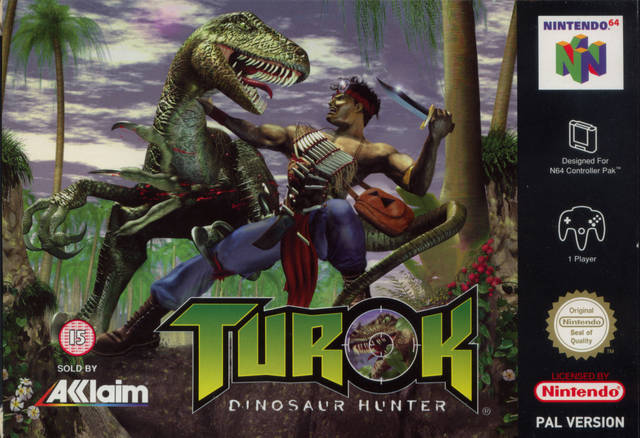 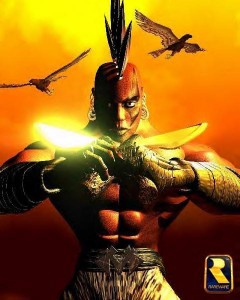 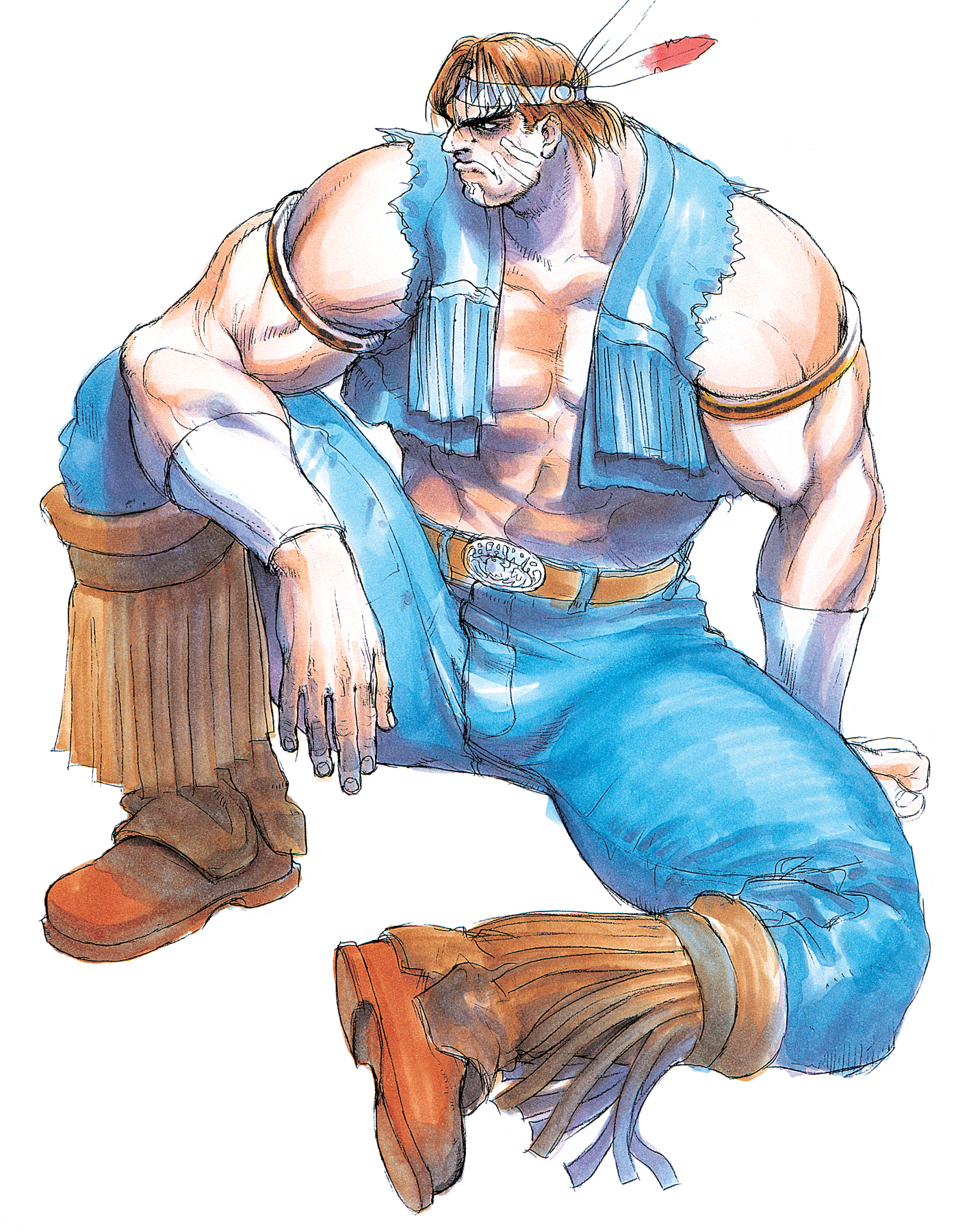 These are the four best-known Native American characters in video-gaming: Turok, of the Turok Dinosaur Hunter games, Chief Thunder of Killer Instinct, Nightwolf of Mortal Combat, and T Hawk from the Street Fighter series. Native American characters have been wearing the same outfit in games since the Atari 2600 – a brownish-tan blob topped with a line of white pixels with a red tip. And they trade in the same almost oddly specific cliche: vaguely Southwestern/Apache, with a pathological inability to obtain a shirt. In fact, it’s generally recognized that in all of gaming history, there’s really only been one decently represented Native American character: Domasi “Tommy” Tadowi of Prey.

Tommy is a different kind of Native American hero. He’s an Army vet who’d like nothing more than to leave the reservation, but instead finds himself fighting off an alien invasion – while wearing a shirt and no feathers, at that! Unfortunately, he does have a few problems as the rare decent representative of Native Americans in gaming. He’s the protagonist of a first-person shooter, a genre where we rarely see the main character as anything more than the hand holding a weapon. And although he rejects his heritage, by the end of the game he’s unlocked “shamanic” abilities, has an animal guide, and totes around a “spirit bow”. Moreover, he carries on the idea of Native Americans as an exclusively “Western” thing – he’s a Cherokee from Oklahoma.

Still, Tommy’s the best the gaming medium has had, by far. According to Michael Greyeyes, the Cree actor who provided his voice:

“I was impressed with the way [3D Realms] conceived of and wrote Tommy… Hollywood typically relegates our different indigenous cultures either into a single pan-Indian construct of some type — radical AIM protester type; slick, corporate, anglicized casino businessman type; et cetera — or, most commonly, as a historical figure, typically from a Plains culture. In fact, the overwhelming majority of roles written for native actors are in the Western genre. There are few opportunities for us to appear outside that paradigm, and when we do it is often equally narrow in focus… The writers [at 3D Realms] were always open to my comments — which I freely offered — and took my notes seriously, in nearly all instances changing dialogue or thematic content.”

So, Connor/Ratohnhaketon being at least partially Mohawk has the potential to do some good. Yes, he would be a “historical figure” but, crucially, he won’t represent the pan-Indian Plains culture construct. Also, unlike the stereotype, he’s not likely to be any sort of mystic shaman: while there is a core of metaphysics to the Assassin’s Creed story line,  it is significantly more science-fictional than mystical. Finally, he would be much more than a fighting game cardboard cutout, or a faceless FPS gun-hand. The Assassin’s Creed games are third-person perspective adventure games, where the main character is always on screen. What’s more, they are driven by very strong and affecting stories that weave massive historical events with intricate politics and personal tragedy over twenty to thirty hours of gameplay.

If Assassin’s Creed III follows the pattern established by Ubisoft, this character will appear in multiple yearly releases. Connor/Ratohnhaketon is a prime opportunity to have a person of color, from an unfamiliar but undeniably American culture, build a relationship with players over the course of a hundred or more hours of game-time. Not only that, players are likely to follow him from his youth all the way through old age. That’s a lot of time to spend with a character who isn’t a White man. Which is fantastic, given that statistically a good portion of the players won’t be White men either.

Now, it’s entirely possible that Ubisoft will drop the ball on this, but, so far, the Assassin’s Creed series has managed to be one of the most diverse in gaming, making its protagonists’ cultures and historical settings a prime focus. Assassin’s Creed was, thematically, about the Crusades, colonialism, the conflict of West versus East, and the tensions inherent in a place and time being fought over by the world’s three major religions. It also brought us a rare, semi-realistic hero of Arabic descent.

Meanwhile, the Ezio trilogy showed us how truly cosmopolitan and small the world became during the Renaissance, with people from all over the known world interacting, sharing ideas, conspiring and waging war in the melting pots of Rome and Constantinople. Even on a superficial level, the designers made sure that the characters sounded like they were from their respective backgrounds, up to including more than a little Arabic and Italian in the dialogue. 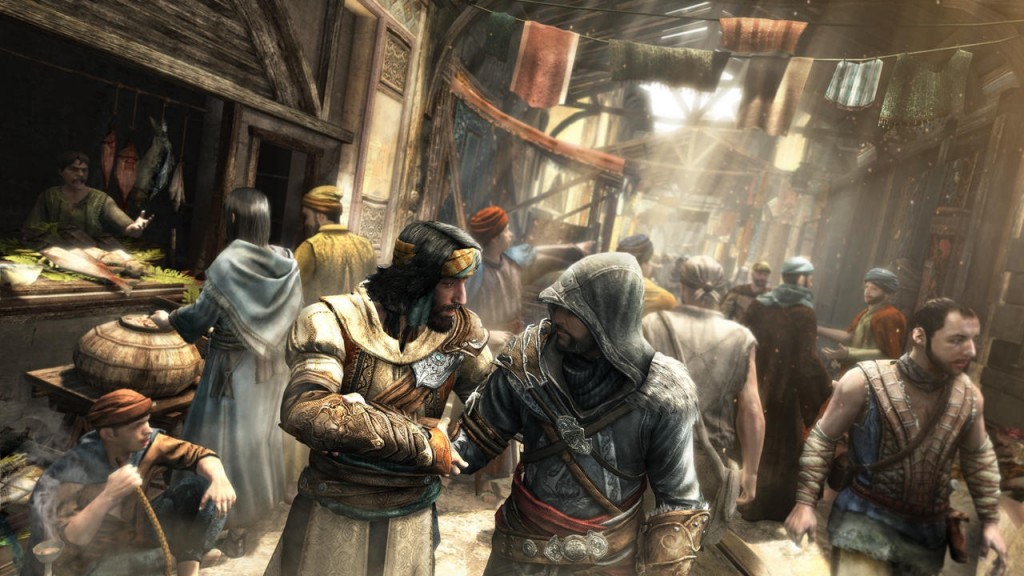 I hope that Assassin’s Creed III will continue the series’ track record of diversity and will ultimately result in a blockbuster, million-selling game that just happens to star a person of color.  When there’s so little representation, every little bit helps make things more equal and every dollar spent has the potential to bring color to the monochromatic landscape.

This entry was posted in gaming, race and tagged assassin's creed, ubisoft. Bookmark the permalink.

3 Responses to Race in Games and the Next Assassin