Shot Through the Heart, and You’re to Blame: Our Favorite OTP

While not everyone might be into the Valentine’s Day hype, over here at Geekquality we’d still like to take the time to focus on our reason for the season: the One True Pair, the end-all be-all of soul-mates. Most of us have the OTP that makes the heart go all pitter-patter. Some might even don a pen name and write fan fiction about the perfect lovebirds. Here are a few of our geeky favorites,  some canon, some not so much. This is nowhere near a complete list; more like a glimpse into our hearts. Please, tell us yours! We know there are some gaps in our favorites, particularly when it comes to LGBT couples as represented in fantasy & sci-fi literature, film and TV.

Big Love On The Big Screen 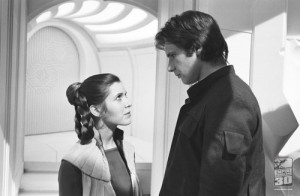 I think we can safely assume this is the ship that launched a fleet of future ships for nerds worldwide. The sexy roguish Han Solo and the capable, smart-talking Princess Leia were a match made in heaven. I think I hit puberty when Han uttered his famous “I know.” This pair was probably also the first time I saw a woman attract a man in a movie by being smart, being able to take care of herself, and not taking any shit. – Elyse

Fandom, the final frontier. Ok, so maybe having an OT3 isn’t exactly where no man has gone before, but this pairing is one of my favorites. The crew of the USS Enterprise work so well together on the bridge, they have to be even better off, n’est-ce pa? Not only are all three of them gorgeous and great characters in their own right, they bring a great balance of subtle sweetness and caring to the fierceness already known from here to Andromeda.  – Moxie 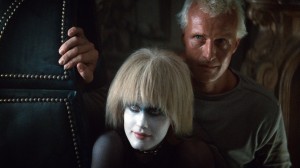 While Deckard & Rachael’s complicated relationship took most of the film’s emphasis, I feel like these two, the Sid & Nancy of Replicants, should not be forgotten. I’m not entirely sure how to classify their companionship, but I always sympathized with them & wished they’d had a happy ending. -Tanya 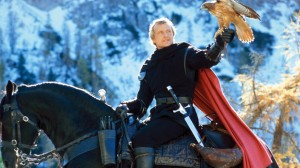 The fact that it’s another Rutger Hauer movie is coincidental. It’s not the best of the 80’s fantasy genre, but the love story is unforgettable. Cursed to travel night and day together, but never in their human form at the same time, Etienne and Isabeau only get to see each other at dawn and sunset, until the curse is broken.  -Tanya 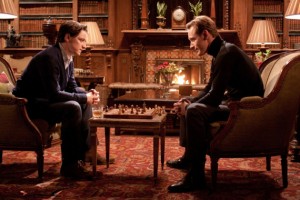 It’s not at all a stretch; in fact, at a Comic-Con panel, the writers flat out said that it’s not subtext – it’s text! While there’s no blatant sexuality between the two, it is so obvious that their relationship is one based on deep affection and intimacy, and a whole lot of unspoken FEELINGS. – Alice Marie 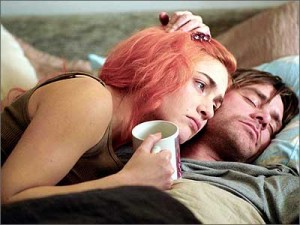 So here we are. Science has offered up the option to erase people from our minds and memories completely. Yet these two unstable, broken lovebirds drift to each other, even if they’ve done it before and don’t remember. You could be a glass half-empty type and say some people just repeat the same broken patterns, but I’m going to make an exception and say that they’re just meant to be together. – Tanya

Ok so this may be considered cheating, since this isn’t actually a movie pairing. However, we’re including this lovely, fearless twosome because we all agree that their adventures would make for a great spin-off film, or at least a mini-series story arc. Are you listening, Moffat? We know you’ve been considering it. – Tanya 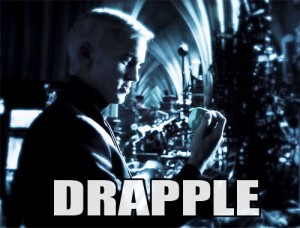 Does the boy EVER eat anything else? Clearly, it’s true love of the most important kind. FOOOOD. – Lois

Fred Weasley & Angelina Johnson (Harry Potter)
I can’t with these two. Their romance was so behind-the-scenes, so peripheral, but hinted at being so lively and organic and maybe even healthy? This OTP never ceases to make me mourn what could have been, but that’s where head canon and a lot of fanfiction comes in for me.  – Lois

Draco Malfoy & Pansy Parkinson (Harry Potter)
It just MAKES SENSE! – Alice Marie
And she’s right. A story about them would be like Cruel Intentions…but, y’know, with hippogriffs.

Alanna of Trebond & George Cooper (The Song of the Lioness)
This is still one of my favorite YA series, and one of the many great things about Alanna’s journey was the fact that she was independent and thoughtful, and took her time deciding what her heart’s desire really was. She doesn’t end up with George until the last book, but their friendship, courtship and love were thrilling, while remaining believable. I rooted for them to get together, and they did, but for the right reasons. – Tanya

Ash and Kaisa, the King’s Huntress (Ash)
Ok, so perhaps I read a lot of YA lit. This is a recent favorite, because it’s a really lovely coming of age story and also a great portrayal of a loving friendship between two young women that grows into a committed, mature love story. This is such a treat and a rarity, and their story is fresh in my mind since I just read the book a few months ago. – Tanya

Anne Shirley and Gilbert Blythe (Anne of Green Gables)
I will forever love this til the day I die. From the moment that Anne snapped her slate over Gilbert’s curly haired head, he was in lurve with her. Even though they started off as heated competitors over smarts, these two matured into a relationship of friendship and mutual respect, which is the foundation for any healthy relationship. – Lois

Cayce Pollard & “Parkaboy” (Pattern Recognition)
An online relationship based purely on intellectual and obsessive pursuit of a shared goal, but probably the most “real” one Cayce has, throughout the book. Parkaboy is her tether and her confidant. She doesn’t even get distracted by the handsome Boone Chu, when they work together (I thought she would). And Parkaboy comes through, in the end, and Cayce’s soul is finally “warmly socketed” when she’s with him. – Tanya

Ned Stark & Living (A Song Of Ice And Fire)
Really just speaks for itself. Sigh.

Brought To You With Limited Commercial Interruption 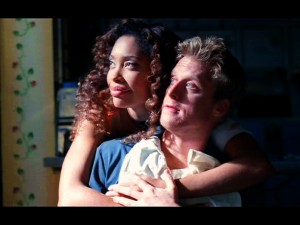 Where do we even begin? An interracial relationship that is one of the healthiest and endearing on the show? Be still my heart! I think what I loved most about these two is how realistic they were and how well their personalities complemented each other. I will never forgive Joss Whedon for Serenity, my OTP deserved better! – Elyse
GREATEST OF ALL TIME! – Moxie

Technically, it would be Capt. Harkness & the Whole Damn Universe, but among all of his interludes, this one seemed indelible and eternal. They went from professional, to frisky, to just plain heart-achingly in love, and I don’t think I’ve ever cried over any TV couple as much as I had over these two. – Tanya 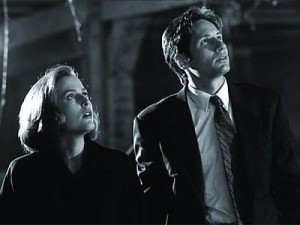 Mulder and Scully are IT. People may have bemoaned the on screen unresolved tension, insisted that the two be in a relationship, but here’s the thing: those two were already in a relationship, almost from the get go. Their storyline is two people developing an intense intellectual and emotional connection, and sticking to each other through thick and thin. I saw the love, at its most dedicated and purest. – Tanya 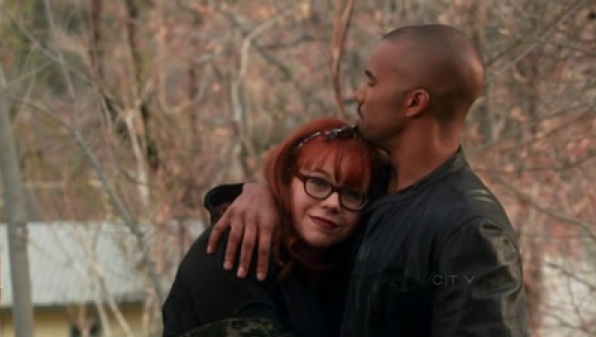 Why do birds suddenly appear… Perhaps my favorite G-man/woman pairing since The X-files went to syndication heaven. A curvy, dyed in the wool geek with a penchant for glasses and binary code, and a whip smart behavioral analyst that looks like fried gold on toast, what’s not to love? Flirty banter, pet names, genuine gut wrenching caring. More please! – Moxie 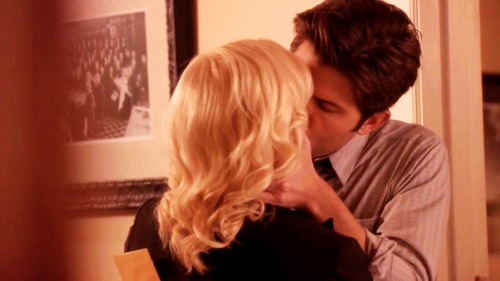 A sitcom whose central romantic relationship is built on mutual love and respect? Balderdash! Ben and Leslie bring the funny and the heart melty. They are a crispy love waffle topped with copious amounts of whipped cream, every sitcom should take note. – Moxie 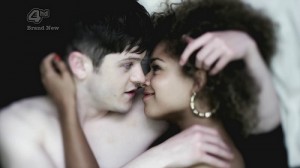 Through time and space and life and death, and even in the event of FOOKIN’ NAZIS…. Simon & Alisha are bound together, and make a devastatingly beautiful pair. – Alice Marie 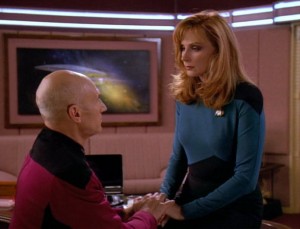 Forget about Riker and Troy… I wanted the Doctor and the Captain to hook up! The show was teasing it from the very first season! They maintained their rigid professionalism for so long and I was so sure that the ep where they were psychically tethered to each other on a planet would be the pay off, but no. Then in the last episode of the series when it flashes into the future (sorry… *possible future*) they reveal that Crusher is Picard’s ex wife??? I felt so ripped off, like I’d missed the entire party.  – Jen

Roy & Moss (The IT Crowd):  “You’re my wife, Roy! You’re my wife!”
Tim & Daisy (Spaced):  It was always an epic tragedy to me that these two kids never got together. – Alice Marie
Audrey Horne & Dale Cooper (Twin Peaks): When he first sees her, you could see little bits of his cool resolve crack.  But he was always the gentleman, because she was too young and because he didn’t want to endanger her. – Tanya
Willow & Tara (Buffy the Vampire Slayer): Some of the biggest tears during the run of the series have involved those two. – Tanya
Sawyer & Juliet, Desmond & Penny, Jack & Martyrdom (LOST): I had a hard time buying the Sawyer and Juliet pairing at first, but man, did they ever convince me. Of course in true Lost form, they managed to break my heart by the end of that season. Desmond and Penny had such a great “against all the odds” love story. Who didn’t tear up when Desmond made that Christmas eve call to his Constant? But Jack and Martyrdom? They were made for each other.  – Jen

Love Between The Panels (Comics) 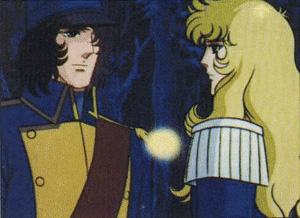 These two were the epitome of doomed love. Their entire relationship was rife with the core element of fangirl fantasies – homoeroticism. I mean, yes, technically Oscar’s not a man, but she’s spent her entire life living, dressing, and being one. Throw in the French Revolution, class gap, gender identity confusion, and the whole dying immediately after mutual love is confessed (and consumated) and you’ve got a smorgasbord of problems and relationship road blocks. But Andre didn’t care if Oscar was a man or a woman – he just loved her for being Oscar and followed her into battle. At least they were buried together. -Lois 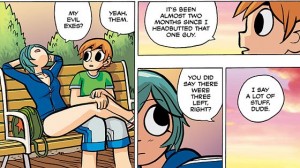 He took down Seven Evil Exes, discovered himself, and learned to care for others and how to love Ramona the right way. – Alice Marie 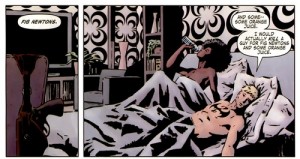 Fig Newtons, orange juice, crime fighting. He has a super fist, she has a bionic arm. It gets no better. – Moxie 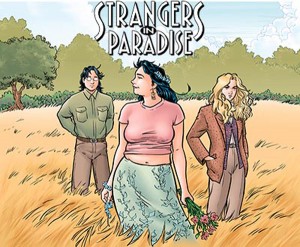 It’s just a story of some troubled people trying to find love and a sense of home. David loves Katchoo, who loves him back, somewhat, but is also desperately in love with her best friend Francine, and Francine is just trying to figure out how to love herself. I think of the three of them as an inseparable unit, helping each other work through all the dark stuff.  – Tanya

Everyone in Alan Moore’s Top 10

The amount of cross-gender/race/species flirting and canoodling that happens in this series is just awesome. Some are happily married, others move from one Science Hero to another constantly, and some (like Smax and Toybox, the obvious favorite) are just really close partners. Either way, there are lots of really great relationships to appreciate in this series. – Tanya

This entry was posted in fluff and tagged otp. Bookmark the permalink.

5 Responses to Shot Through the Heart, and You’re to Blame: Our Favorite OTP