I have baseball on the brain. Really badly. That doesn’t mean anything though, until you consider that I know nothing about baseball and have never had any sort of interest in the sport. Until Fox’s Pitch, that is.

When Fox first started promoting Pitch, a baseball drama where Ginny Baker (played by the very talented Kylie Bunbury) becomes the first woman to play in the Major Leagues, I reblogged and retweeted to support a Black actress for landing a lead role on a show on a major network. Admittedly, when I tuned in to watch the pilot, I didn’t expect that months later, I’d have rewatched the show four more times, as well as get caught in the throes of reading all the fanfiction ever and find myself familiarizing myself with baseball terms, superstitions, and gameplay.

It wasn’t until my second rewatch that I recalled the last time I had so wholeheartedly enjoyed a fandom, and that was another Fox show I loved until I was third degree burned by it. The parallels between Pitch and Sleepy Hollow’s first seasons are promising, but if SH is any indicator, the challenges and possible pitfalls that await Pitch are a great cause for alarm, considering that they’re on the same network. Fox’s attitude about SH circa Season 2 was less than stellar and is a great predictor of what can happen to Pitch. 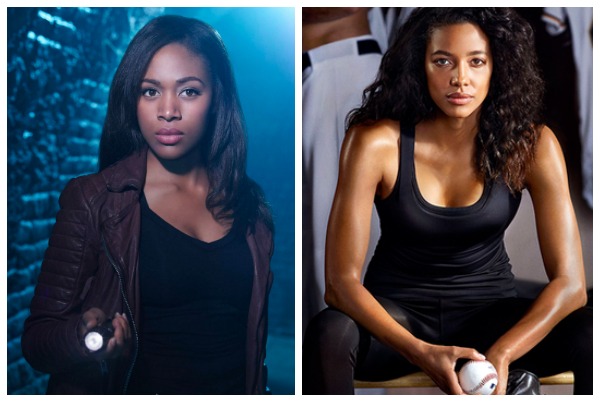 At first glance, the two shows couldn’t appear more different: one is a supernatural “monster of the week” battle against the impending apocalypse; the other is a sports drama about breaking barriers (and hearts!) in baseball. That said, the two are astoundingly similar.

Abbie Mills and Ginny Baker (played by Nicole Beharie and Kylie Bunbury, respectively) turn the Strong Black Woman trope on its head by playing multifaceted characters who are steely without falling into unfortunate cliches. As a cop, Abbie is as tough as they come, but she wrestles her demons – literally and figuratively – as she shoulders a destiny almost too much to bear, allowing herself to be vulnerable and trust someone other than herself. Ginny Baker, meanwhile, unflinchingly faces down unrelenting sexism, all while pushing her body to its very limits, oozing health and physical prowess while somehow making it all look so easy. On the flip side, watching Bunbury deftly portray Ginny’s depression and anxiety – whether it’s a central plot line or a consistent undercurrent – has been truly something.

The very best of both Sleepy Hollow and Pitch boils down to the fact that the shows center on complex Black women navigating complicated family relationships, as well as maintaining healthy friendships. As protagonists, both Abbie Mills and Ginny Baker are running the show (see what I did there?); in fact, there is no show without them. In addition to this delight, both shows feature POC characters in positions of power and agency . These characters are relatable and three-dimensional, not sacrificed to further develop a white character through their pain. Although, speaking of white men…

We also have two adoring leading men who not-so-subtly make heart eyes and swoon over our leading ladies. Beharie and Tom Mison really clicked as Abbie Mills and Ichabod Crane, and their onscreen chemistry was palpable for anyone paying attention. Likewise, Bunbury and Mark Paul Gosselaar are on fire and in sync with each other as rookie Ginny Baker and her grumpy captain Mike Lawson. MPG absolutely gushes about Bunbury and how she “blows him away.” Both sets of writers have made it clear that these duos are Meant to Be in every sense of the word; in the case of SH there is an actual Biblical prophecy calling them Witnesses, as well as several mythological figures confirming Ichabod’s love of Abbie. With Pitch, there is a leaked pilot script draft that referred to an “undeniable spark between them.” Despite the whos and whats along the way, it’s clear that in the big picture, Ichabbie and Bawson are OTPs. Unfortunately, this is where it gets troubling.

Both first seasons ended with our white male lead resurrecting a redheaded ex-wife; in Ichabod’s case it was quite literally bringing his wife back from the dead, while Lawson revives a romantic relationship with his redhead. This is troubling for Pitch, if SH history is any sort of road map. 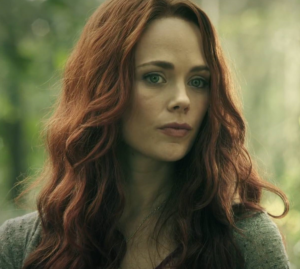 One should never underestimate the racism that lurks within fandom. This is something that has been true for many shows, with even juggernauts like The Walking Dead not impervious to racist fans (see: this cross-post on shipping Richonne). Opponents of relationships between white characters and POC on screen usually sail forth under feminist smokescreens like “the need for true, non-sexual friendships between men and women,” or the fact that “a strong woman wouldn’t need romance with her co-lead” to deter from the fact that they don’t want to see an interracial romance between a conventionally attractive white man and a Black woman.

For SH we saw a lot of “I just don’t get that vibe from them” or “they’re more like brother and sister!” As if we all didn’t watch the same episodes where Ichabod Crane fell over himself for his Ride Or Die, Abbie. For Pitch, the reasons are a bit more varied: in addition to the need for “true friendship,” there are fan protests because of the age difference between Ginny and Mike, as well as the power imbalance. (I disagree on this by the way, as Ginny very clearly holds all the power in this dynamic both on and off the field, but that’s another discussion.)

To be sure, these are interesting counterpoints to consider, but only if they are truly divorced from the discomfort of seeing interracial pairings. Fandom knows, though, that racism is an internalized thing that can masquerade under the insistence of being “colorblind.” If intersectionality has taught us anything, it’s that seeing a Black woman being portrayed as a complicated but lovable person worthy of being cherished and pursued – as opposed to denigrated as a convenient sex object – is radical concept, just as radical as being a Strong Independent Woman, period.

My other concern at seeing Rachel fall into Mike Lawson’s hot, beefy, dad-bod embrace is that this may be another SH deja-vu where the show pumped brakes on the budding whatever-we-never-got-to-see between Abbie and Ichabod. 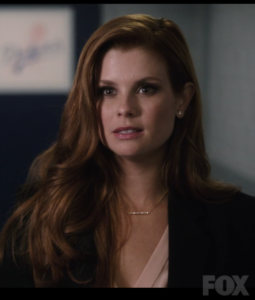 You better not ruin this for us.

There are very valid arguments about the need for a slow burn romance a la The X-Files, but the reality is this: Pitch writers gave us a very tangible Moment with beard, the show is currently in renewals limbo, and it’s unclear if the show is even coming back. If Pitch doesn’t get a chance at a second season then we’ve ended the show where it’s canon that Ginny and Mike have put aside their feelings in order to be with other partners. If the show does return, I have this sneaking suspicion that Pitch writers will go the route of Sleepy Hollow and will pretend that none of the emotional bonding and chemistry that occurred in the prior season ever happened, choosing instead to be heavy handed with rekindling the romance between husband and (ex)wife. As seen in SH, writers and showrunners can get replaced, making this a feasible possibility, especially when you factor in Fox.

The most damning concern about the fate of Pitch is the very network it airs on. In addition to giving Pitch a notoriously tough spot (Thursday night), Fox’s handling of Sleepy Hollow’s season two and beyond was appalling and doesn’t bode well for Pitch. Fans are all too bitterly familiar with the shut out of Abbie Mills – and let’s be frank, Nicole Beharie – as she took a rather cramped backseat in favor of the Crane-centric plotlines that wrung out the season, until fan outcry (#AbbieMillsDeservesBetter and #CancelSleepyHollow) got some results. Unfortunately it wasn’t enough to save Abbie, as Fox decided that in letting go of Katia Winter, Beharie and Orlando Jones were expendable as well. Beharie gracefully bowed out as Abbie died at the end of season two, and Orlando Jones was left to explain to shocked fans that he wasn’t returning to the show after valiantly leading the charge in demanding better for Abbie Mills. So if that’s the precedent Fox has set for a show that revolves around a Black woman, then you’ll get why I feel that the prognosis for Pitch is grim. For a thorough, yet succinct recap of the Fox fiasco, check out Vulture’s take on it.

That said, I’ll be watching and refreshing to see if Pitch gets the greenlight for a season two, but you can bet I’ll tune in a bit more cautiously. As the saying goes, “fool me once, shame on you. Fool me twice, shame on me.”