All in the Game

Welcome to the first installment of what will hopefully become a regular column here at Geekquality, where I will serve as your guide through the veritable forest of gaming news, and have feelings about games and gamer culture at you, in the process. On the docket for July is recapping the Electronic Entertainment Expo and its aftermath, and looking forward to new releases.

Though E3 has come and gone, the dust has not quite settled, with recent announcements about the Xbox One (namely, that it will not require 24 hr check-ins for games to function, nor will used games be subject to DRM restrictions) essentially reversing all the problems most gamers and reviewers had with the system when it was initially announced at the Expo. But what seems to be one of the biggest backpedals in gaming history certainly doesn’t change how Microsoft’s presentations affected them during E3, and how other companies responded. Sony took full advantage of the missteps, mocking the unnecessarily complex game-sharing process with this cheeky instructional video, and generally sticking to the status quo instead of shaking things up. The PS4 solidified its place as the go-to system during the expo, but whether or not Sony will maintain their “lead” now that Microsoft has changed its tune remains to be seen.

Nintendo also made a showing at E3, despite not premiering any new hardware or even holding a traditional press conference. With the Wii U, 3DS, and 3DS XL already out, all Nintendo had to do was fill their dance card with new titles to entice customers to their existing systems. This seems to have been a calculated response to the oft-echoed complaints of lack of content on the Wii U. Nintendo may not always show up with a lot of flash, boast the best graphics, or debut systems that combine TV, movies, games, and anything else you can imagine, but they know fun games like no one else in this business. There’s a reason Mario is perhaps the most widely recognized video game character of all time, even among non-gamers, and it’s due to Nintendo’s strategy of casting a wide net, using entertainment to bring people together, and making games that are simple, entertaining, and communal.

One such game, Animal Crossing: New Leaf,  has gotten a lot of attention since E3, as it was released in North America only days before the expo, giving handheld gamers plenty of time to share their profiles and towns with the thousands of players present, and document their further adventures through social media with Nintendo Image Share. E3 attendees were even able to see Nintendo CEO Reggie Fils-Aime’s town, called Nirvana, and visit his house, which is full of surprises.

Yep, that’s Reggie’s face on his bedspread.
[via nintendo3dsblog]

There was also the now infamous Microsoft rape joke (which has since been apologized for) and the lack of women and people of color in many of the new titles. When our fellow feminist blogger Anita Sarkeesian spoke up on Twitter about the lack of women protagonists in any of Sony’s upcoming releases, she was utterly lambasted by the gamer bro masses, who took to Twitter to “take her down a peg” and assert that women had no place in gaming.

These issues are symptomatic of a larger problem with the gaming community, one of blatant misogyny and exclusion that we have struggled with for decades. It is disheartening as a woman, and especially as a woman of color, to be told flat out that my passions are “fake,” or that I am simply not welcome in this space that is apparently only meant for teenage boys playing Call of Duty. Women gamers have developed thick skins due to the repetitiveness of this kind of treatment, and as has been made clear by more famous ladygamers like Aisha Tyler, we are not going anywhere, nor are we seeking the approval of male gamers to do what we love. But it is nonetheless disappointing that in 2013, we are still being asked to carve out our own spaces with our bare hands, while many prototypical straight male gamers attempt to hinder us every step of the way. We are way past due for a change in gamer culture, and I can only hope it comes sooner rather than later. In the meantime, we’re going to keep owning your ass at Super Smash Bros. with a smile on our face. 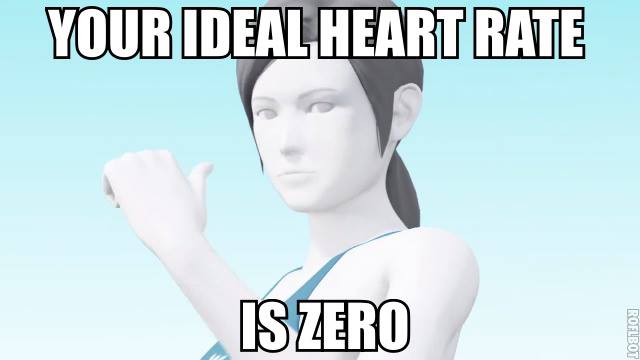 Finally, one of the games to have come out since E3 worth mentioning, The Last of Us, has received plenty of positive reviews, including one from Ellie Gibson at Eurogamer, which praises not-quite-main-character Ellie for symbolizing a potential stepping stone in gaming and sexism. As we have talked about before with other media, the key to good representation is providing plenty of options, and as Gibson notes, what The Last of Us gets right with regard to women is that,

These are not the only two types of women that exist; they’re the extreme ends of a spectrum. Ellie stands in the middle, brave enough to show fear, powerful enough to ask for what she needs. She is not a princess or a warrior queen, just a normal girl trying to cope with life in a broken world.

And one last minute shout-out to Remember Me, which came out in June, and features a woman of color in the lead role, Nilin. I haven’t personally gotten my hands on the game, so I hesitate to make any conclusive comments about it, but I hear mostly good things.

This entry was posted in All in the Game, gaming and tagged e3, gaming, video games. Bookmark the permalink.