Goodnight, Mommy – September 11
This Austrian horror thriller unnerved many with its ominous, nearly silent trailer. Twin brothers are alarmed by their mother when she returns, heavily bandaged and distant, after cosmetic surgery. Is this sullen and withdrawn person truly their mother? Or has an imposter somehow managed to slink in, intending to do them harm?

The Final Girls – October 9
Fans of the horror-comedy should definitely add this to their viewing lists. As an AHS regular, the younger Farmiga sister is no stranger to the creepy, and who doesn’t love a little meta with their campy bloodshed? Plus, it’s always rad to see Alia Shawkat.

Crimson Peak – October 16
Yes, Guillermo del Toro has said that Crimson Peak isn’t a horror movie, so it shouldn’t be on this list. This gothic romance has tinges of Jane Eyre and Scooby Doo in the best way possible.  Supernatural mystery + period piece + beautiful production seems like a recipe for success, in my humble opinion. Plus, Tom Hiddleston and Mia Wasikowska were kind of made for this.

The Forest  – January 8, 2016
Twin Connection just doesn’t get old in horror movies. Natalie Dormer goes searching for her twin sister in Japan’s Aokigahara Forest (also known as the Suicide Forest) where things are decidedly not resting in peace. Even without the layer of White Person Fucks About in Foreign Country (which, admittedly, is getting some side-eye from me), being lost and disoriented in an unfamiliar landscape can deliver plenty of scares.

The Witch – 2016
Writer and director Robert Eggers’s film got everyone in a flurry during Sundance, and for good reason. This trailer, with its gorgeous cool color palette and stark landscape is, simply beautiful. Set in 1630 New England, The Witch follows one devout family as they leave behind their settled colony to strike out on their own homestead, near some ominously creepy woods. Rising tensions, the disappearance of a baby, and suspected witchcraft leads to the unraveling of this wholesome, Puritan family unit.

February – 2016 (?)
AHS staple and Scream Queen Bee Emma Roberts brings some gravitas to this indie horror film, also starring Kiernan Shipka. There is some sinister shit going on in this Catholic boarding school (my fave!) and it’s all coming to a head over winter break while school’s out and it’s just two young girls, all alone.

Bonus:  The Conjuring 2: Enfield Poltergeist – June 10, 2016
The older Farmiga sister resumes her role as one half of the Warrens’ paranormal investigative team in this unrelated sequel to The Conjuring, which I greatly enjoyed. I also trust James Wan, so it doesn’t bother me that there’s no trailer to share here. Just this behind the scenes picture from his Twitter, to build the excitement. 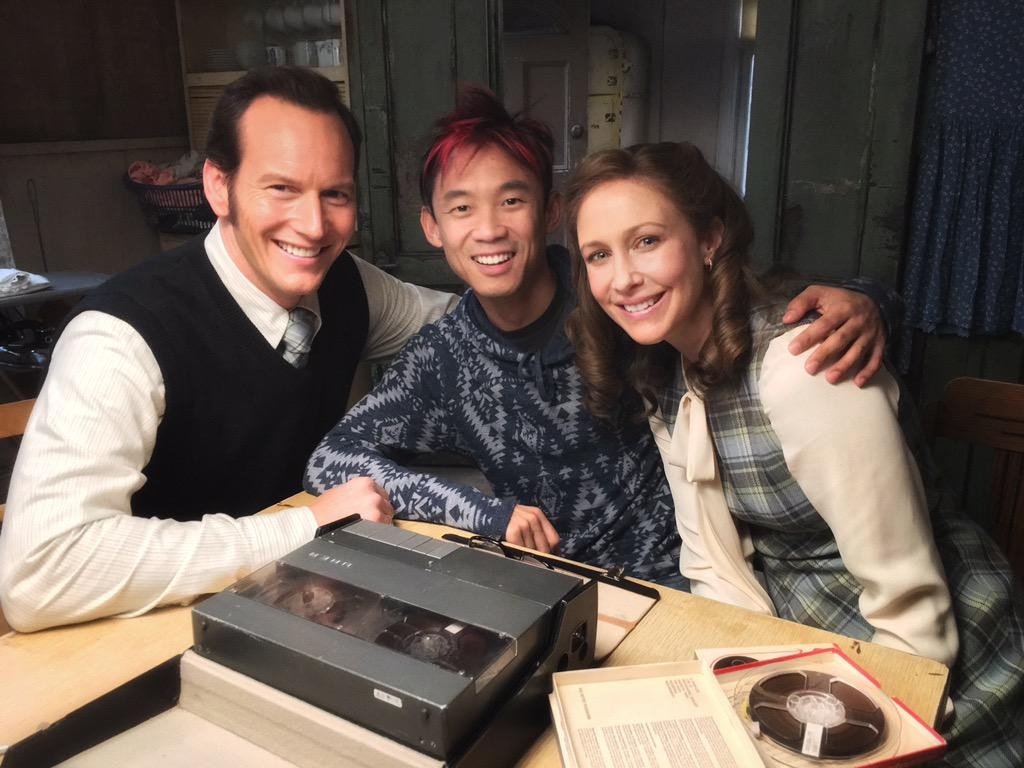 What’s on your list of “must watch” horror movies?