Once More, With Reapers!

As my first impressions have noted, Mass Effect 3 opens with a bang, but things really get interesting as the game continues and Shepard finds herself forced into the role of peacemaker between all manner of alien races and groups, for the sake of the galaxy. 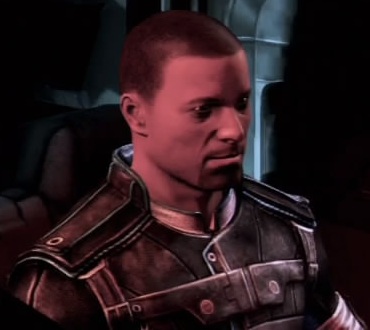 The crew of the Normandy this time around is a little more diverse, one of my favorite new recruits being Lieutenant Steve Cortez, the shuttle pilot. Cortez is a gay man of color and a potential love interest for MaleShep. He is also the first and only openly gay male in the Mass Effect series, and his character is handled beautifully. He is a quick and capable member of the crew, he isn’t a stereotypical representation by any means, and he’s trusted and respected by all onboard the Normandy. His sexuality is not the entirety of his personality, and frankly it’s refreshing to see a representative of gay men in the gaming world at all (as they have been typically relegated to one-dimensional and often offensive fighting game characters or blank-slate RPG NPCs), let alone one whose story is so fairly and honestly treated.

Shepard is again given the opportunity in ME3 to save or doom races and make or break alliances with serious consequences, calling in questions of ethics and reminding the player of similar judgments humanity has made over the years. The Mass Effect franchise has always been praised for its interactive plot, which allows players to impact the outcome of the game with the choices they make along the way, but in the context of the game, these choices feel even more poignant and urgent. As one of the game’s secondary characters, C-Sec Commander Bailey, notes early in the game, it may not be the end of days, but it sure feels like it. Every big decision and character interaction seem to matter more than ever, with the Reapers steadily encroaching on territories all over the galaxy. 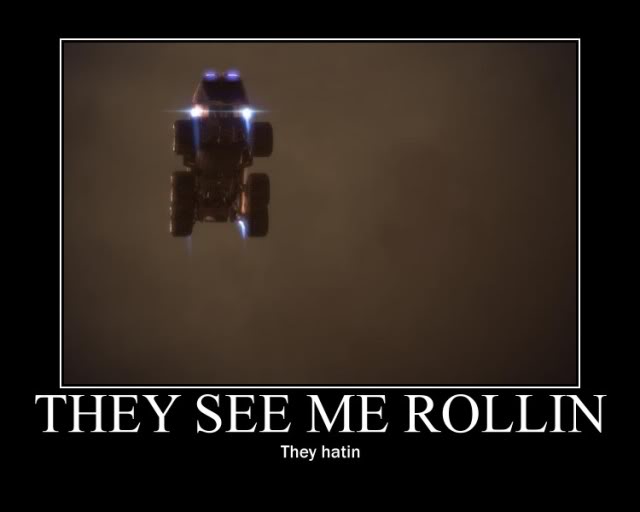 But perhaps what makes Mass Effect 3so fun and satisfying to play – aside from improved gameplay mechanics, higher quality graphics, and more streamlined missions – is the simple fact that it’s the final game of the trilogy. It all comes down to this, after all: Time to pull on your hero pants and save the world. It’s the same epic science fiction story that originally drew me in and made me a diehard fan, but this time Shepard’s playing for all the marbles. That kind of excitement is contagious, and it makes for intense gameplay that still manages to be fun and humorous at the right moments. It’s the kind of game that you can play for hours on end without realizing how much time has passed, because so much is happening and the plot is so compelling. I haven’t played a game like that in years, so even if the Mako was still around, clumsily tumbling down mountainsides on strange planets, or the game’s inventory system was as mangled and unwieldy as it was in the series’ debut, ME3 would still be worth the price tag, if only for that sense of awe and childlike wonder that comes from being present as a great story unfolds. 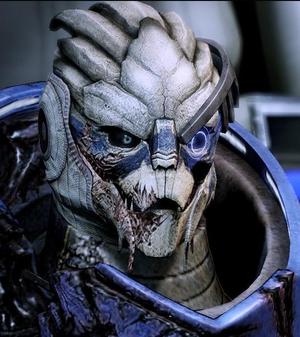 What? Scars can be sexy!

I have told friends and acquaintances that Mass Effect is my new Star Wars. It represents the first time I have so voraciously consumed a narrative and its universe since I saw A New Hope on VHS with my family when I was a kid. And to me, Mass Effect 3 has been as satisfying an experience as seeing the Death Star destroyed for good in Return of the Jedi. But of course, even the infamous Lucas brainchild isn’t everyone’s cup of tea. So if you’re not a fan of sprawling space-age epics, complete with romance, action, intrigue, drama, and more than a few chuckles thrown in, maybe steer clear of this title. I won’t be hurt, I promise. After all, that just leaves more Garrus for me…

This entry was posted in gaming and tagged bioware, gaming, mass effect 3. Bookmark the permalink.

1 Response to Once More, With Reapers!