x-post: Psylocke is a crap character

Our guest blogger Rick Gee keeps busy on his Tumblr as well. Cross-posted here for your enjoyment is his truth bomb on Psylocke, with an extra dash of pictures and links for your edutainment.

I challenge anyone to describe this particular X-Woman without bringing up her appearance. I’d really like to be proven wrong on this one. But I don’t think I will be. She’s like Marvel’s Power Girl. A blank that exists pretty much only due to fanboy fetishism. PG is for breast fetishists, Psylocke is for Asian fetishists. 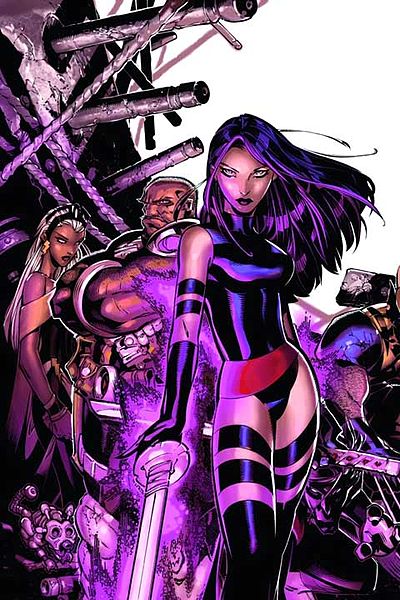 Do a google image search. Come on. I dare you.

Did you know she’s not even actually Asian? She was born Caucasian. Her name is Lady Elizabeth Braddock. She’s twins with Captain Britain. The way she’s looked since the 90’s is due to mystical plastic surgery/body swapping. And that’s possibly the least confusing thing about this character. She’s just been piled on with layers and layers of WTF storytelling that have ended up making her not one whit more interesting.

She’s an Omega-level telekinetic and telepath. She’s on par with Jean Grey/Professor X. Why is her role just “posing with swords”?

Thing is, none of the other X-Men are blanks like this. They all have at least one well-known personality trait. Cyclops has a stick up his ass. Wolverine is surly. Emma Frost looks down on everyone. Storm is compassionate despite being better than you. Kitty Pride is down-to-Earth and practical. Even Gambit, a character I loathe, can be described as a squirrely Lothario bastard. But Psylocke? Nada.

I’m not surprised she’s been extremely popular for twenty years. It would just be nice if it were for actual reasons.

She needs her own mini with a writer that strips down all the continuity idiocy, develops ramifications of the powers and the ninja training, and, for the love of god, no goddamned Greg Land.

1 Response to x-post: Psylocke is a crap character