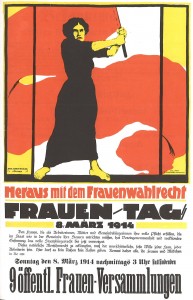 The holiday as we currently know it is rooted in several historic occasions. In 1909, the Socialist Party of America commemorated the struggles of working women – primarily motivated by the Shirtwaist factory strikes led by Clara Lemlich – by holding National Women’s Day on February 28 of that year.  Over the next couple of years, unanimously approved by women representatives of the Socialist International movement, March 19 was observed in several European countries as a day of solidarity for global suffrage and women’s rights. 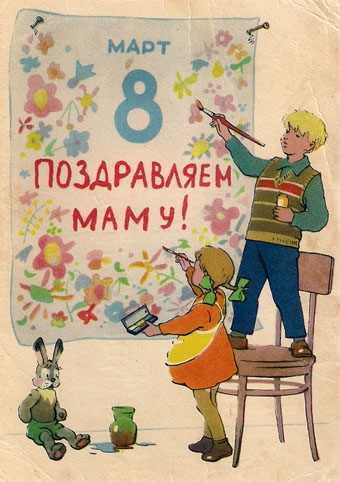 It wasn’t until 1917, when on March 8 Russian women revolutionaries protested for equality and peace, that the date was marked as International Women’s Day. In the USSR – and Russia to this day – the day is one of the most widely commemorated holidays in the nation. It closely resembles Valentine’s Day, since a lot of flowers and cards are exchanged on the occasion, but it goes beyond romantic appreciation. Fathers call their daughters to wish them happiness and health, sons and daughters show their appreciation for their mothers, and colleagues and bosses give flowers to the hardworking women with whom they share their workplace. 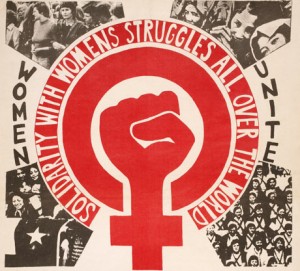 Since then, the holiday has grown in its significance and continues to have more global representation. It is a commemoration of women’s global social and political history, a nod of respect to the women who came before, fighting long and hard just to be heard, and a reminder that there is still work to be done. We could certainly address the fact that some people choose this day as an opportunity to complain about some sort of exclusionary treatment. In fact, we could go on a whole long, drawn out discussion about how that’s Completely Missing The Point. Instead, I will just rest happily knowing that, when it comes down to it, the UN is on our side.

So, whoever you are, wherever you might be, take this day as an opportunity to express your solidarity with women world wide. Remember that there are still ongoing struggles involving equality in the workplace and reproductive rights, for instance; Remember, also, the rights of trans women globally, who encounter violence and discrimination in addition to the struggles faced by their cisgendered sisters.

This entry was posted in holidays. Bookmark the permalink.