How Black Widow Stole The Show (And My Heart) 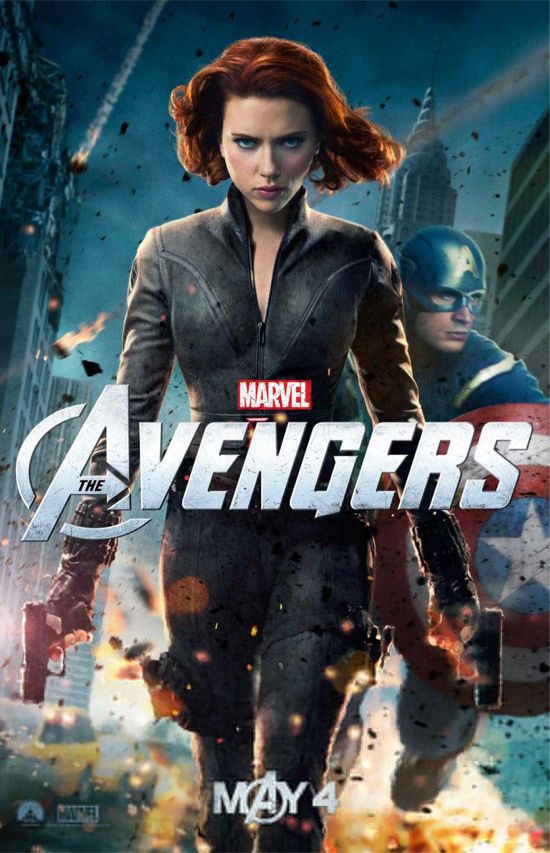 I have a great deal of emotions when it comes to Joss Whedon. Many of them conflicting and all of them complicated. But I’ve got to tell you, he did the most stunning job with Natasha Romanoff (Natalia Romanova, for all you purists out there) aka Black Widow in The Avengers.  I’m assuming that you’re like me and have already seen the movie twice. (Good nerds!) If not, spoilers ahoy!

I have never seen such a well-rounded female superhero on the big screen (or TV, for that matter). While we only get a minor glimpse into Natasha’s past (former KGB agent with a “very specific skill set” and a ledger “dripping with red”), we see in her actions how her past has brought her to where she is now. In her first scene with Russian mobsters, she spins her sexuality on its head and, in a very calculated way, is able to extract information she needs by making the mobster think they have her cornered. She uses that same softness to play Banner, convincing him to help S.H.I.E.L.D., but at the same time isn’t afraid to pull a gun on a man about to Hulk out.

Natasha is never reduced to just a pretty face or a pair of tits. Her costume, while form-fitting, is tastefully done. Her zipper may be down, but not in a revealing way. You can’t tell she’s wearing wedged shoes, but this may have been done to make her appear taller. (Lord knows how many lifts went into Robert Downey Jr.’s shoes!)

What I love most about her, though, is that she never really needs saving and can hold her own just fine. When she is running from The Hulk, Thor comes in and assists, but then ANY of the other Avengers would have needed that help from Thor. Thor’s hammer, Mjolnir, is the only thing strong enough to even scratch The Hulk, and Thor is the only one that can wield the weapon. Even then, Black Widow bounces back: she’s scared, breathless, and has just narrowly avoided death in a situation over which she had zero control, yet when Nick Fury calls out to see who can take down Hawkeye (her partner, her best friend and probably lover), she does what she needs to do, and goes to face someone she never thought she’d have to fight.

This Natasha Romanoff is a far cry from the way Jon Favreau directed her in Iron Man 2. Sure, she was “on a job” in that film, and part of that job was to distract Tony, but Favreau really had Scarlet Johannsen play up the sexpot image for that role. The most impressive part in Whedon’s direction this time, and what sets Natasha apart from Buffy, Zoe, Adele, and the rest of his strong ladies, is that he was able to create a well-rounded, fleshed out character in just a little over 2 hours screen time. Most of all, he didn’t have time to make any character development mistakes, like tarting Natasha up a la Echo, or playing into the bad girl trope the way he did with Faith: he simply made her Black Widow.

I am hoping for a Black Widow origin film, and I’d love to see Whedon alum (and brilliant screen writer in her own right) Jane Espenson take on the challenge. Scarlet Johannsen (are we still calling her ScarJo?) was brilliant in her interpretation of this character, and I’d love to see her take on the whole story. It’s refreshing that an actress who made a name for herself in navel gazers like Lost in Translation or Vicky Cristina Barcelona can kick ridiculous amounts of ass when it comes down to it.