The Women of Westeros and Why TV Needs Them 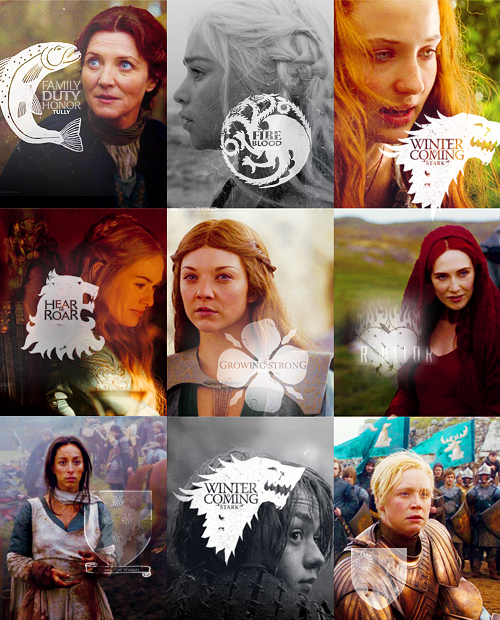 "The women are the strong ones, truly"

If you’ve been following my recaps of the second season of HBO’s Game of Thrones, you know that I have a lot of feelings about the show and its characters. But I have a special fondness for the female characters, not just because I’m a woman, but because they’re one of the largest and most complex group of ladies to be featured on a popular television show in recent history. It doesn’t hurt that they’re all played by very capable actresses, who bring such vibrancy and depth to their roles that I am often left breathless and unblinking on Sunday nights. So what makes these characters so great? Let’s take a look!

Before the beginning of the season, Lois did an excellent job of defending and explaining Sansa Stark, who is a perfect example of the character development seen in the women of Game of Thrones. Sansa’s experience is the opposite of those of the princesses of fairy tales and legends, and she has been forced to grow up very quickly, leaving her childhood behind and learning to navigate the treacherous world of courtly life. Her character arc is a coming of age story, a young woman’s journey into adulthood. This tale is by no means a new one, but it’s one piece in a larger quilt of women’s stories, including the other Stark women, Arya and Catelyn. All of them are essentially protagonists, loyal to family and friends, usually playing by the rules, but I doubt anyone would claim that they are the same character, or that their personal experiences and stories do not have merit in their own right. 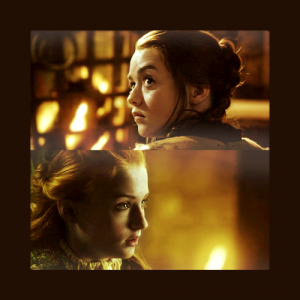 In Arya we find a smart, albeit naïve tomboy, whose coming of age not only means growing physically and intellectually, but like her sister, deciding whether or not to subscribe to the ideals and beliefs that her parents instilled in her. After witnessing the death of her father Eddard Stark, Arya is forced to decide whether or not the things he valued most (HONORRR!) will be the same things she does. These feelings and decisions are never trivialized or dismissed as “growing pains” but fully explored and given real weight. Perhaps this is because they take place in the context of a robust fantasy world, but it matters, nonetheless, that the stories of two young girls, growing into women in a society that doesn’t take them all that seriously, are given equal attention as the story of their father, a grown man whose morals and ideals force him to choose a side in a potentially life-threatening confrontation between noble families.

And women aren’t just protagonists in the Game of Thrones universe, either. There are women like Cersei Lannister, the ice queen everyone loves to hate. Her cool, calculating nature is a wonderful example of the myriad ways a woman can be a mother, sister, wife, and daughter. When we compare Cersei and Cat Stark, for example, the differences are staggering, and that is so refreshing. These women could have easily been relegated to the roles of “doting wife and mother,” but they’re not carbon copies of each other. They are fully realized people, whose personalities, upbringings, and motivations shape their choices and give depth to their characters. Cersei’s character development throughout Season 2 has been an absolute delight to watch. It’s becoming more clear that she’s not simply “the bitch” of the series, but that she cares deeply and fights fiercely for her children and her family. She is cut-throat and vindictive, but not entirely unsympathetic. It may seem ridiculous, getting so excited over the fact that a female character in a popular television show is treated as a multi-dimensional human being, but damn it, it is something worth celebrating. 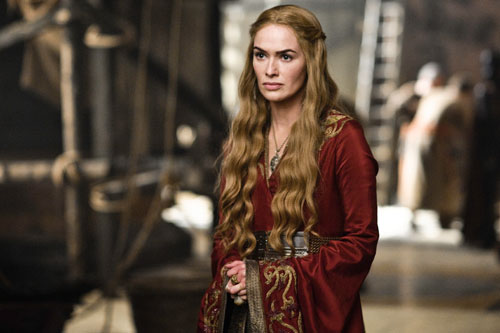 It's truly a credit to the writing and Lena Headey's acting that Cersei has risen so high in the ranks of my favorite characters.

And speaking of the non-protagonists I love, I want to take a moment to talk about Mirri Maz Duur, the healer witch responsible for the tragedy that befell Daenerys and Khal Drogo.  She may have only lasted a few episodes of the first season but what an incredible character. She’s a rare glimpse into the psyche of the conquered peoples, often unnamed and unseen, on whom our heroes step to get to the top. In the show, because we watch the plot unfold through the eyes of Daenerys, Mirri is mostly seen as an ungrateful and treacherous witch, who is rightfully punished with death. But in her last dying words, she forces Dany and the audience to see a second perspective, as Mirri is depicted strikingly similar to a heroic Biblical figure, Judith, who beheaded the enemy general Holofernes to save her people. How often do we get to see such depth in minor characters, and how often are those characters women?

It’s so critical that we have characters like Mirri and, in a similar vein this season, the wildling Ygritte, who provide a perspective different to the typical tale of good and evil. We need their fearless, fierce, perhaps-not-altogether-trustworthy ways, because their existence expands the definition of what women in fiction can be. Brienne of Tarth is another new character whose appearance, personality, and attitude have set her apart from many other female fantasy characters. In the season finale this week, she once again displayed her capacity for physical strength, quick thinking, and compassion. She is a woman who stands for other women, and can easily hold her own against the men who constantly underestimate her.

The series offers us many other complex and fascinating female characters: Margaery Tyrell, ambitious and adaptable; Melisandre, mysterious, quiet, and dangerous; Roz, blatantly sexual, bold, and unashamed. We need these characters because they are all simply people. Their genders do not inherently dictate aspects of their personalities, and none of them are defined by traditionally “feminine” traits such as physical weakness, sentimentality, or demureness. Unlike so many female characters in the fantasy genre and on television in general, the women in Game of Thrones are allowed to be just as ruthless, cunning, and yes, unlikeable as their male counterparts. They’re not just the Madonnas and the Whores, but everything in between and so much more.

Now, if only we could get some more women of color in the mix, I would practically faint from joy.

This entry was posted in fantasy, television and tagged game of thrones. Bookmark the permalink.