Choice: Texas – A Q&A with Carly Kocurek and Allyson Whipple

No matter how much some stalwarts may resist it, gaming as a medium for creative expression is evolving and growing. More and more independent game creators are able to reach a wider audience with the help of social media and crowd funding, while established developers are releasing titles that incorporate deeply personal storytelling elements, such as last year’s Papo & Yo from Minority Media. Games and interactive fiction also allow more opportunities to engage the player with important perspectives, potentially leaving the player changed after their interactive journey.

Inspired by the options interactive fiction presents for raising awareness and engagement, writers Carly Kocurek and Allyson Whipple recently launched an IndieGoGo fundraiser for Choice: Texas, a web based game that would allow players the opportunity to navigate the complex and troublesome waters of abortion access in the state of Texas. Incorporating real research into healthcare, policy, and socioeconomic factors, the game will provide a very personal, empathetic way to be educated on the real circumstances so many women face.

I caught up with Carly and Allyson recently to find out more about their inspiration for the project, the creative approach, and what they hope to accomplish. 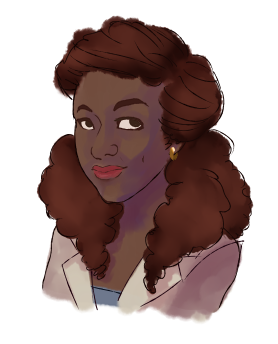 How did the inspiration for this project come about?

Carly: About a year ago, I got interested in the idea of a pen-and-paper or card-based RPG about abortion access, because I was trying to think of a way to really show how different factors limit who has access to what. I couldn’t ever quite settle on a way to make it work, though, and then I played Spent and Depression Quest, and I got the idea to do something web-based that would be more of an interactive fiction game. When I landed on that, I got in touch with Allyson, because I thought it would be a good opportunity for us to work together, since we’re old friends, and also because I thought we’d bring different skill sets and knowledge.

Allyson: We talk online all the time, and every couple of weeks she’d make reference to it. It started as something that might become a tabletop or card game, and then grew into an interactive fiction. When she asked me to jump on board, I didn’t even have to think about it. I was in!

I like that the topic of choice is going to be addressed through a game, a medium that is all about choice. Could you talk a little bit more, though, about what specifically appealed to you about taking your message and telling the narrative through a game, rather than a different format (comic book, for instance.)

Carly: I’m a game studies scholar by trade, so games are the medium I have the most nuanced knowledge of, in a lot of ways. There’s also a lot of interest in games for serious purposes, so I have read a lot about that and played a lot of those games. Plus, while circulation is still an issue with web based projects, it’s less of an issue than it is with things that need to be mailed or distributed physically. And, finally, I really wanted something that would ask players to consider and weigh the kinds of choices women face.

Allyson: What appeals to me about the game is a sense of immediacy. When I play Depression Quest, for example, it’s very difficult for me, emotionally. It’s easy for me to fall into the world of the game and feel such empathy for the character I’m playing. Now, as a writer, I know that obviously happens in comic books and novels as well. But there’s something about having to make decisions for your character, and have to help them navigate the world they’re in, that resonates. Because this is a game about awareness and empathy, I think it’s very well-suited to the game form, because we want that type of connection.

What narrative games and other interactive fiction examples have served as inspiration for you?

Carly: Well, Spent and Depression Quest, which I mentioned earlier. Cart Life is really huge, too. I’ve also been thinking a lot about classic Choose Your Own Adventure books, which I think are just so artfully structured and organized.

Allyson: Carly has cited Depression Quest, and that’s very true for me as well. This project, for me, has been an interesting and surprising return to work I did in graduate school with interactive fiction and hypertext stories. I took several courses on interactive narratives. Although when I left grad school I turned my focus to poetry and did very little to extend my studies, this has been a fun return to that interest. Though what we’re doing here is going to have a much more contemporary aesthetic, obviously. 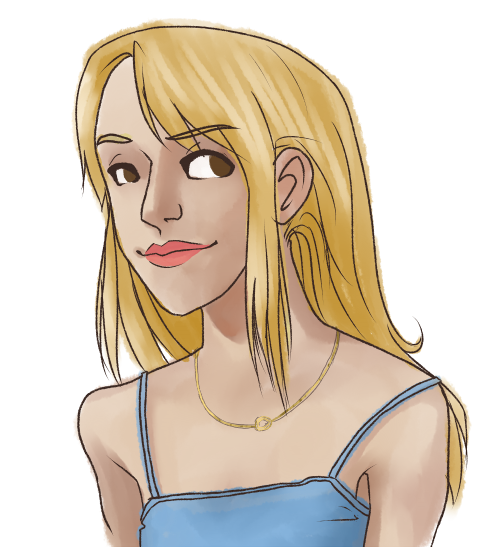 Can you tell us a little bit about the people who you hope will be involved with the completion of the project?

Carly: We’re working with Grace Jennings on the art. We have a couple of her illustrations up on our Tumblr already, and we’ll be posting more from here in the next couple months.

Allyson: I’m thrilled to be working with Grace. Every time she sends us a new draft, I’m continually impressed. As for the rest, we’re holding off on seeing how far the campaign goes and how much we can budget.

Carly: Right now, we’re really engaged in getting the prototype together. We have some names in mind for web development, but we’ve been holding off on negotiations so we can be sure of the kind of budget we have. We’ve hit a point in our fundraising where we can definitely finish the game and get it online, but we really need the full budget to complete the project as we envisioned it. We don’t want to get too far into negotiations with any collaborators unless we’re sure that we’ll have the money, and we also don’t want to underpay someone who’s doing professional work on the project. We — Allyson and I — aren’t getting paid, but it was really important to us that anyone we asked to work on this thing get paid for their work.

What are some unique challenges you’ve encountered while working on the project and a few take-aways?

Carly: As we’ve been working on the game, it’s increasingly become a game about reproductive healthcare, broadly. A lot of the factors that influence abortion access line up with gaps or issues in the availability of reproductive healthcare more generally, so the game both relies and and delves into some of that context. Access, also, is a moving target, particularly in Texas at this moment. We started working last January, and the most recent state legislative session really made the project seem more timely and urgent.

I think the project we’re working on is a little unique because of that, because the landscape is changing as we’re writing, and we’re having to research and re-research and triple fact check everything. This is a fictional game, but we want it to be very much based in and reflective of reality. The speed with which the proverbial sands have been shifting beneath our feet has both been driving the game but also making it a more complicated project.

Allyson: Carly and I are both trained researchers, but sometimes, we’ve really had to dig deep. Making sure your facts are solid can be a real challenge, especially when the political aspect surrounding the issue is on such uneven footing. What I’ve learned is that story games are all about the details. On some level, I always knew that to be true — players can really appreciate accuracy and attention to detail. But making this game has reinforced that — made it hit home, in a way. This project has been an illuminating experience not just from the research end, but I’ve learned more about gaming than I ever did as a player or a student.

Thank you both for your time. We can’t wait to see the finished project.

The fundraiser is less than 20% away from reaching the set goal, with 13 days left, so consider pitching in, or if it’s something you cannot afford, spread the word to help make this important project a reality.