The internet has been all a-flutter since CBS announced its newest show, Elementary, a modern American take on Arthur Conan Doyle’s Sherlock Holmes mysteries. British/American actor Johnny Lee Miller has been cast in the lead, which is interesting considering that the highly popular BBC reboot, Sherlock, stars Benedict Cumberbatch as the detective. See, Cumbarbatch and Miller performed together in Danny Boyle’s stage production of Frankenstein. This fact, plus the present-day update that the new CBS series is getting, has had the fans of Sherlock and the original canon up in arms and more than a little skeptical.

And then something amazing happened. Yesterday, it was announced that Lucy Liu would be the Watson to Miller’s Sherlock Holmes. Or more specifically, Dr. Joan Watson, Sherlock’s sober companion as he leaves rehab and sets up life in Brooklyn, NY.  That’s a twist that we can get behind! 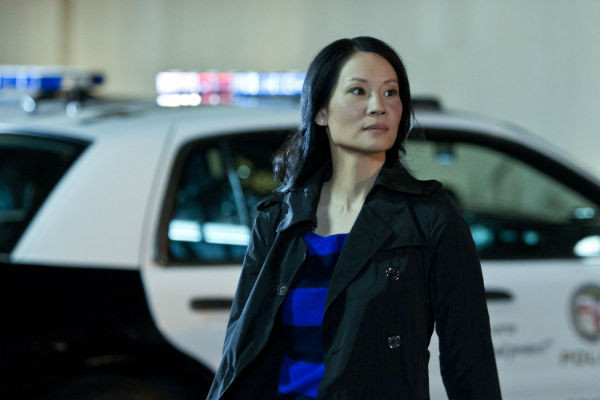 Taking a well-loved character like John Watson and making him a Woman of Color? BRILLIANT, HOLMES! Liu as Watson has the potential to be not just great, but incredible. She has proven her range in comedy, drama and serious action roles – Kill Bill actually would cover all three of those categories, no? – and she’s also no stranger to translating her talents in TV roles, having been on shows like Ally McBeal, Dirty Sexy Money, and Ugly Betty. While I can’t personally write all of the characters I want to – what a world we’d live in if I could! – there are some really key ways in which Watson can be made either really awesome or truly terrible, if done incorrectly.

For starters, I want to see Dr. Watson’s character fully fleshed out, as much as every other John Watson has been. She should be a war hero, perhaps, and a caring (but not mothering) companion. I’d like to see her as Sherlock’s intellectual match, even if that intellect manifests in different ways. If the CBS series also makes Sherlock’s brother Mycroft as much a presence as the BBC reboot has, then Liu’s Watson won’t idly stand by and take the brothers’ bickering crap.  And most importantly, with everything I hold dear, I don’t want her to be Sherlock’s love interest.

Let it be known: we at Geekquality will rage and destroy everything CBS loves if Dr. Watson is made the love interest. (Any CBS lawyers picking up their phones to dial OMG, please look up the word “hyperbole”.)

I’d actually love to see her with a string of different lovers, men OR women, much like Martin Freeman’s Watson has been with women. Or maybe write for her a fiance, a husband, or wife. In Doyle’s novels and stories, Watson has a stable family life outside of his relationship with Holmes – sort of like Gwen Cooper does when not working for Torchwood – and there’s no reason why Liu’s Watson couldn’t have the same.

Whatever is done to develop Dr. Watson in Elementary, it’s important that her character remain a strong and admirable partner to Holmes, not an idle companion or a love interest. While we can’t have everything we want in a character with this much potential, we hope CBS knows what’s good for them, and that they will listen closely to what the fans – particularly fans who are women of color – are hoping for.

This entry was posted in television and tagged sherlock holmes, women of color. Bookmark the permalink.

1 Response to Let Lucy Be Great!