The Woman in Black: Waistcoats, Moors, and Ghosts, oh my! 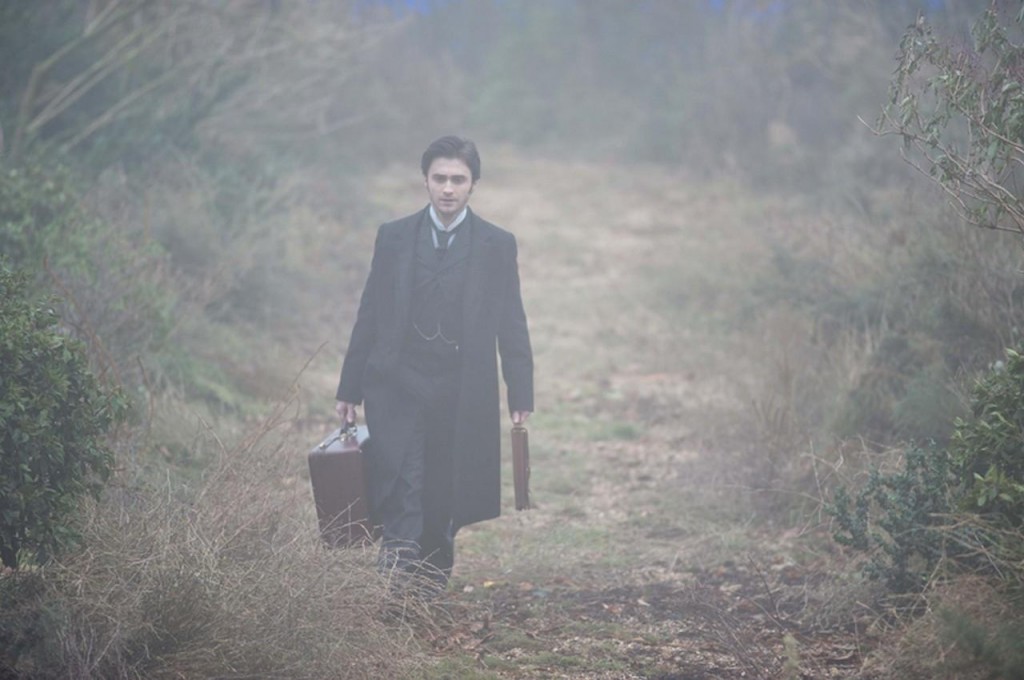 Official Synopsis: A young lawyer travels to a remote village for work, only to discover that a vengeful ghost of a Woman in Black is terrorizing the locals.

I’d been anticipating The Woman in Black ever since I saw the trailers. A period piece complete with waistcoats, moors, and a grand house? Awesome. Wait, even better – a horror period piece! Yes! The best of both worlds! I went opening night, which is sort of a big deal and a good indicator of my enthusiasm, since I hate crowds.

The story introduces us to  Arthur Kipps (Daniel Radcliffe), a down-on-his luck widowed solicitor, very much on the verge of losing his job. He has a cherubic baby to feed (aptly played by his IRL godson), so he takes a job out in the middle of nowhere – always a promising start – sorting through an eccentric dead widow’s estate. The locals are by turns sullen and taciturn, wishing this pesky Londoner would just go away and stop prying into the town’s secrets. No matter, though, because Kipps is a professional. He’ll go in, unmuck everything, and get out. Well, it’s a rare day when a man can just get his job done, without the supernatural meddling with his progress. Kipps begins to uncover stories of the town’s traumatic history, all the while being haunted by a ghostly woman in mourning wear. 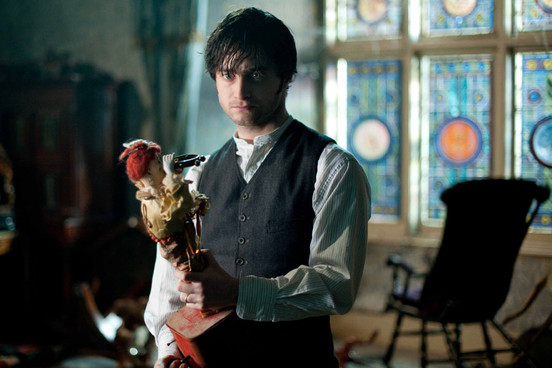 "I just want to go back to Hogwarts"

One of the most striking aspects of the film is its silence. There are long stretches where Kipps is just meandering by himself, or the camera is pulled back to reveal the huge and utterly bleak landscape. You’re so caught up in the vastness of it all that it takes a while to realize that not a single word has been uttered. The silence compounds the isolation and loneliness that have been haunting Kipps since his wife’s untimely death. Other than his son and Sam Daily, a local landowner he’s befriended (Ciarán Hinds), Kipps doesn’t have anyone. Like a ghost, he too is unable to give up his past and his grief, just hovering on the edge, never quite connecting.

It’s really the atmosphere that takes the film from a Dickensian cautionary tale into horror movie territory. The grand old estate Kipps frequents, always alone, is perpetually dark and in a state of decay. The setting is beautifully highlighted by the surrounding marshes, sea frets, and high tide, only reinforcing Kipps’ suspicion that something isn’t quite right, even if it does take him a while to catch on. The Woman in question isn’t all that frightening, if we’re strictly assessing ghostliness, but she does give it a fair try with her black veil and all those ceaseless acts of revenge that, apparently, will never be satisfied (hence The Grudge comparison).

The film relies on standard tropes: a woman scorned and out for revenge, a new man in town who’ll really fix things up. Moreover, Kipps is never treated by the townspeople like he’s nuts, which is almost always done to suspicious women in horror movies. This may have to do with the fact that he’s just plain oblivious for most of the movie. All those standard horror movie cliches aside, it’s still a well done film. While not exactly for the hardcore scream junkie, Woman in Black is perfect for the lover of the nipped-in waistcoat who wants something a little spooky-scary. It’s nothing explicitly original or truly terrifying, but great for a boozy night when you’re feeling a little silly and looking for a little adventure.

Lois gives it: thumbs up

This entry was posted in film reviews. Bookmark the permalink.