Helix: Let’s hear it for the ladies (and science)

When I was a young MK, I wanted to be an architect. I’m not one, nor will I likely ever be one, but I remember why I changed my mind: too much math. Now, I am actually good at math so I could have been an architect, but I think “too much math” in my pre-teen mind actually meant I was too afraid. Perhaps it was because I wasn’t pushed to love math as a young girl, and when I did learn about architecture, I learned about men. It’s no secret that we have a problem with young girls not gravitating to STEM fields. The data shows a large gap between men and women in this field. Young girls can grow up to be scientists, engineers, or architects, but they can be discouraged, like I was, when they’re not pushed to continue their love of science and are not shown women in these roles. You are probably wondering what any of this has to do with Helix, a new SyFy series. The major reason I’m enjoying the show is because of its cast of intelligent women who push the narrative as much as the men do. 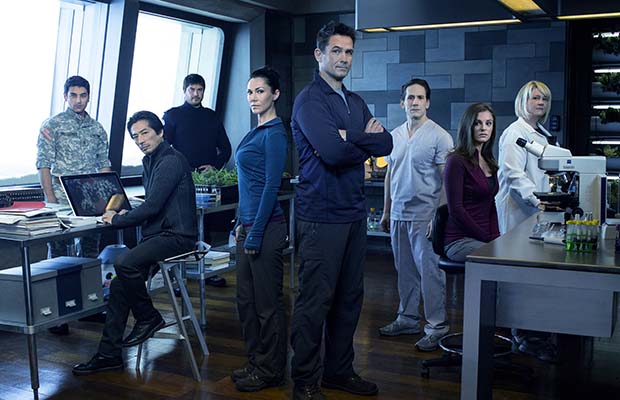 A SyFy original series that started in January, Helix is a science thriller about a group of CDC (Centers for Disease Control and Prevention) scientists who, investigating a disease outbreak in the Arctic, find that the steaks for all of humanity are much higher and more devastating than they imagined. The team is lead by Dr. Alan Farragut (Billy Campbell) who is the head of the CDC’s Special Pathogens Branch. I was a bit wary at first because even though series creator Ron Moore gave us Battlestar Galatica, this is SyFy, a channel no longer known for their science heavy programming. SyFy has been going through a bit of rebranding and most of their new shows have not been clicking with me lately. I also just wasn’t feeling the idea of yet another show following a male protagonist and his man pain. (Some spoilers ahead!)

Still, I sat down and watched. I was immediately intrigued and disgusted. There is a serious gross factor to the disease the team is battling, as the infected spread the virus by vomiting black sludge at each other, and when they’re at rest, the just look really sweaty. What’s not to love? I have not been this physically disgusted by a piece of media since David Cronenberg’s The Fly. And I love this show for that, because unlike The Fly, the women are not on the sidelines. 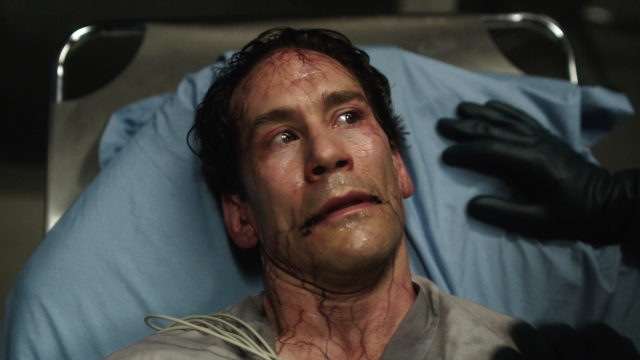 I look like that when I have the flu. This is Peter, Alan’s younger brother. (via assignmentx.com)

The smartest scientist on the show so far has been Dr. Doreen Boyle (Catherine Lemieux). The CDC would not be where they are in their investigation if it wasn’t for her. She did most of the research and even found the inhuman genetic code of the virus that is causing all of this awfulness. She even finds a field of frozen dead monkeys! Doreen, to a lot of viewers’ outrage (don’t click on the link if you don’t want spoilers!) is no longer on the show, which is a shame because she was the only 100% competent person on the series so far. 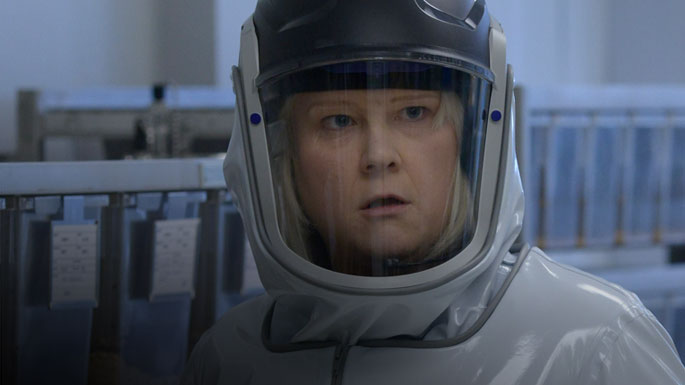 The real genius in this cold cave of wonders. (via Helix wiki)

Besides Doreen, the other two junior members of the CDC team are Dr. Sarah Jordan (Jordan Hayes) and Dr. Julia Walker (Kyra Zagorsky). Sarah is the young whiz kid who is using the most up to date research and is the first to want to make a rapid identification test. She is actually a certified genius dealing with medical issues, but they haven’t done anything worthwhile with her character just yet. Julia is the one who has the biggest place in this narrative, as Alan’s ex-wife who cheated on him with his brother Peter, who’s been working in the Arctic location. Thanks to him, Julia becomes infected and it’s interesting to watch her succumb to this virus. Having had hallucinations and coughed up black sludge, she was still the first to figure out that the rapid tests didn’t work. A very intelligent woman, Julia is still not being used to her full potential. 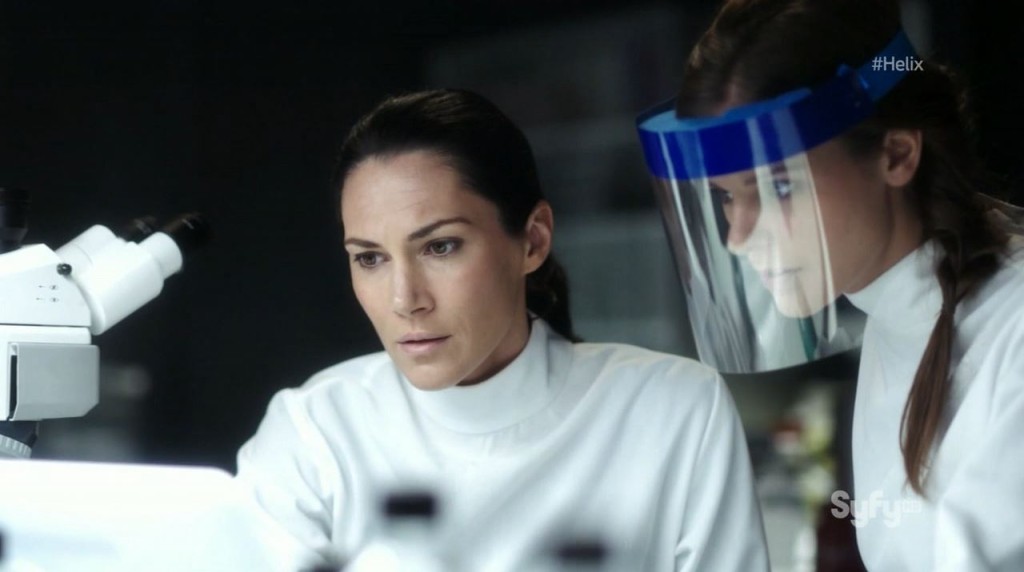 Sarah wearing a mask, Julia without one. (via scifiempire.net)

Still, even though the show is promising, Helix doesn’t really use these great female scientist to their fullest. Like I mentioned, Doreen is only in the show for four episodes. Sarah and Julia are intelligent and capable but are also in a love triangle with Alan. Nothing upsets me more than unnecessary romantic story elements. These people are in a deadly, high stakes situation and we are supposed to be thinking about who Alan should date? No thanks. Also, while they help move the plot a great deal, the women aren’t story leads. The focus is on the relationship between Alan and Artic Biosystems head Dr. Hiroshi Hatake (Hiroyuki Sanada), while the inciting incident is all about Peter. While the women are better drawn than many others we get in television, they are not front and center.

Yet, I can’t fully discount this show. It’s rare to see a science fiction series where the characters are doctors who do research and actually work in scientific environments, even complaining about not being able to follow proper procedure. It is also great to get an element of horror in modern science fiction, instead of dealing with aliens or robotics. Most importantly, and the reason why I will champion Helix even though it does a B- job in some ways, we get to see multiple women working in a STEM field, being integral to the series, and representing something that is often missing in pop culture.

MK is a black nerd currently living in the NYC area who writes and directs movies, is extremely enthusiastic about food, and moonlights as an amateur pop culture historian. She can be found reblogging and musing on a variety of subjects on her Tumblr.
View all posts by MK McFadden →
This entry was posted in television and tagged Helix, STEM, SyFy. Bookmark the permalink.