A Mid-Season Look at Mindy 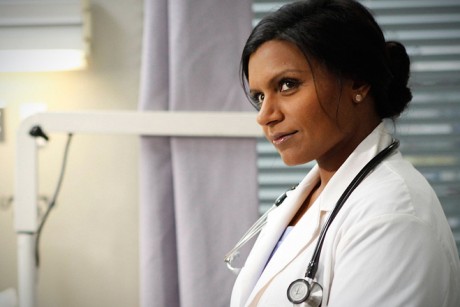 We’ve been on The Mindy Project train since Day One, ready to set the haters straight ever since the first season of Mindy Kaling’s new show kicked off last fall. A lot of the initial push-back involved Kaling trying to break into the Manic Pixie Dream Girl territory. (“Who needs another show about some shallow woman chasing after a husband in New York City!” basically.) Griping abounded about Kaling’s character being frivolous and vapid, but Mindy Lahiri (M.D, bitch!) has been proving everyone wrong as a multifaceted character who has avoided many dreadful tropes, thank Cheese-us. Let’s just take a look at the different sides of Mindy, ones that don’t involve posing for cell phone self-portraits.

SHE’S TOUGH.
No, really. Mindy admits to being a pushover (as evidenced by her interactions with her younger brother) and often has a hard time saying “No” (reinforced by the Samurai sword hanging in her apartment), but when it’s something important, she is going to come down on you like an entire DSW sales rack of high heels. 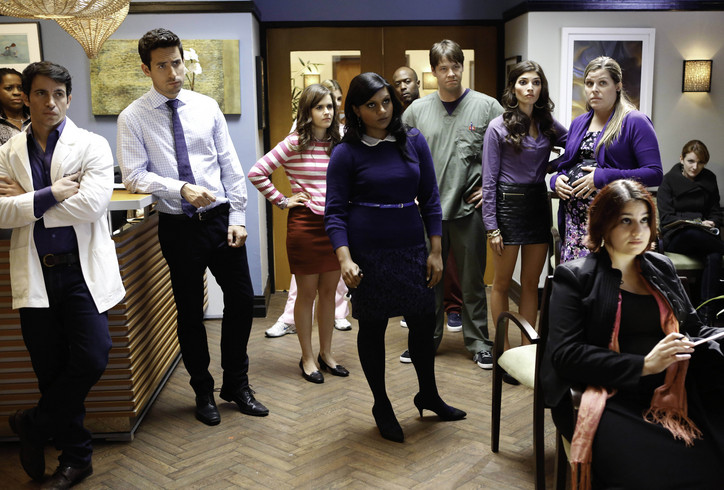 People don’t expect any steel from Mindy because she likes celebrity gossip, romantic comedies, and cries at a box of Girl Scout cookies. In fact, she is the only person in her office who really calls people out, gets shit done, and rolls with the punches. (Sometimes literally, like when she was the first to notice nurse Brenda’s incompetence and the only one professional enough to fire her.)

When Danny and Jeremy staged a mini coup and tried to turn the practice into a boys club, they not only hemorrhaged patients but needed Mindy to come back and fix things. She did so by marching straight upstairs to the Holistic Center and publicly smacking everyone down – not with emotional theatrics but with stone cold facts. Just because she’s sensitive and girly doesn’t mean that she won’t swing her handbag down on you like the hammer of Thor.

SHE’S PROTECTIVE, BUT NOT MATERNAL
Traditional femininity is about being a nurturing person, in tune with people’s feelings, but Mindy is the furthest from the surrogate mother trope, especially in comparison to her best friend Gwen. In fact, Dr. Lahiri is kind of terrible with kids and a bit too self absorbed to care about how others are feeling at times. So why is this a good thing, seeing that I make it sound like she’s shallow and self-absorbed? Well, for starters, having a woman be concerned mostly with herself is kind of awesome. After all, who’s going to look out for number one, if it isn’t her? 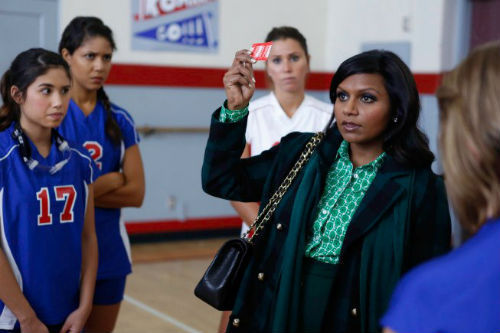 But there’s also the beauty of her growth, as we’ve watched Mindy’s character develop throughout the season. In Ep. 3 (“In the Club”), Mindy showed some initial spurts of concern for someone other herself, when she watched out for Betsy and Shauna, even going so far as to give up the delights and glamour of an exclusive VIP after-party with NBA players. When Mindy’s teenage neighbor Sophia confided that wanting to start having sex with her boyfriend, we got to see a rather fiercely protective and aggressive side of Mindy. Out of genuine concern, she decided to suss out the situation, albeit a little too thoroughly. Watching Mindy’s friendships develop has been part of the season’s highlights, as they continue deliver the best moments and zingers.

SHE’S LOGICAL
When Dr. Shulman retired and the gravity of the situation started to set in, Danny and Jeremy’s immediate ideas for retaining their patients were, impractically, in line with their personalities and how they would want to be approached: Danny with his 20% off coupon (offered through email) and Jeremy with a line of ads with his face on them. Mindy’s suggestion of personally calling every single one of the patients was brushed aside as ludicrous and silly.

In “Teen Patient”, when Sophia’s boyfriend snickers at the word “gynecologist”, Mindy laid into the two teenagers about their unrealistic daydreams of raising a baby as high schoolers, also practically bursting the bubble of his foolish and unlikely ambition of creating the Next Big App. (Mindy’s awesome quip, “You’d marry Captain America, obviously” in response to an app that would tell you which superhero you’d marry.) Both of these are examples of Dr. Lahiri laying down cold facts that people are not happy with because they’re inconvenient and strike a little close to home. It’s tough being the only person who sees things for the way they are sometimes, but it pays off when people acknowledge that you’re right.

SHE IS NOT MODEST

A while ago I read a blog post (which I now can’t locate) pointing out that when WOC  boast about themselves, it’s a form of protective self-care. I’ve said before that Mindy can be vain, and to an extent she is. Her confident declarative quips about how awesome/sexy she is (“Uh, there’s a sexy Indian woman”, “When a hot woman does it…”, the above gif) don’t just stem from vanity, but are a subconscious defense mechanism. You know that she is still pretty vulnerable, like any normal person would be when her feelings get hurt or she feels rejected: like when Danny called Mindy fat, or that terrible Christmas reveal, or a sudden downward spiral after Danny sussed out Mindy’s quickly expiring biological clock. (Low blows, Danny! Why are you such a jerk sometimes?)

Mindy said at one point, “Society puts a premium on white women with perfect noses and right now I’m 0 for 2.” WOC know that if they don’t love themselves, and show the world that they do, no one else will. So the next time Mindy says something alluding to her good looks or great personality, know that it’s her version of a pep talk to herself, and a reminder to everyone else.

But then of course, her self-confidence partially fuels this as well, which is refreshing to see. Why shouldn’t a woman acknowledge her beauty and self-worth? Why not?

IT’S OKAY IF SHE HAS MAJOR FLAWS
This is where I want to make a note that some of TV’s most beloved characters would be the actual worst in real life: Barney from How I Met Your Mother, Tom Haverford and Jean Ralphio from Parks & Rec, Sheldon from Big Bang Theory, Chloe in Don’t Trust the B—- in Apartment 23, just to name a few. They’re hilarious and delightful, but let’s not kid ourselves: we would be fighting off an urge to strangle them within moments of hanging out in real life. These characters are endearing because their antics express all the things we so desperately want to do, but don’t actually do for the sake of being polite. We love them because we can live vicariously through them. 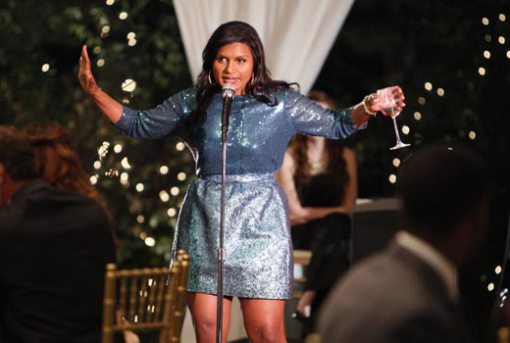 This doesn’t always translate as well with female characters, mostly because their personality flaws are often interpreted negatively instead of taking an amusing turn. It’s nice to see that Mindy’s vanity kind of becomes a vehicle for the show’s comedic antics, rather than being a mean spirited jab at her.

Most importantly, a main female character with personality flaws, who still remains likable and funny, means that you have a realistic and believable person. The significance doubles when you remember that Mindy Lahiri is a South East Asian woman, who not too long ago would have been cast as some cold, unfeeling bot, or an immigrant.

Back when the season first started, we were ready to fight for Mindy’s right to be vapid or as cutesy as possible. But as the season progressed, we’ve been pleasantly surprised to see that she can be all that, and so much more. Like Danny at the night club, staring at Mindy in awe and realizing there’s a lot more to her than he’s noticed, we’ve also gotten to see a complex character that a lot of people didn’t expect in the beginning. (And besides, who needs an excuse for a sexy gif of that handsome jerk Dr. Castellano?)

This entry was posted in television and tagged The Mindy Project, woc. Bookmark the permalink.

2 Responses to A Mid-Season Look at Mindy