Brace yourself, Internet: Marvel Comics has announced a new superhero. 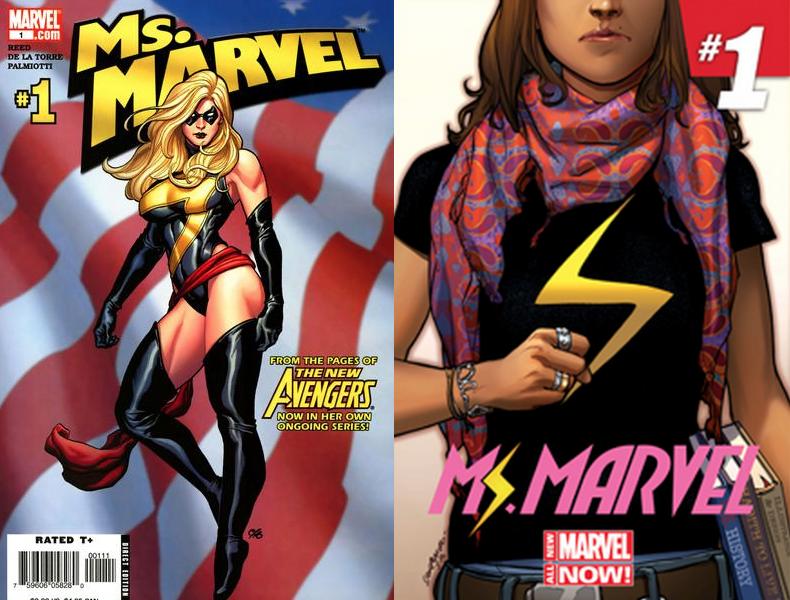 16-year-old Kamala Khan will be taking the mantle of Ms. Marvel, formerly owned by Carol Danvers. Danvers has since moved on to take the name of Captain Marvel, leaving the moniker of Ms. Marvel open for this new character.

Kamala Khan is the daughter of Pakistani immigrants, a Muslim-American and—oh, yeah—a character that can have more than two things define her. She’s also a teenage girl from Jersey, a daughter, a high school student and (lest we forget) someone with superpowers. But those other aspects of this brand new character have seemed to fall by the wayside.

Not surprisingly, this announcement has been met with a slew of Islamophobic and racist comments and tweets, and (of course) responses from a whole bunch of people who know nothing about comics. Because these people do not deserve to get any attention, if you want to see them, all you need to do is go to your local Yahoo comments section or Twitter feed.

Many of the comments seem to revolve around criticizing Marvel Comics for being “politically correct.” However, if being politically correct means representing more races, religions, gender, sexualities, size, physical abilities, backgrounds and creeds – and representing them as full characters with emotions, flaws and purpose – then sign me up. 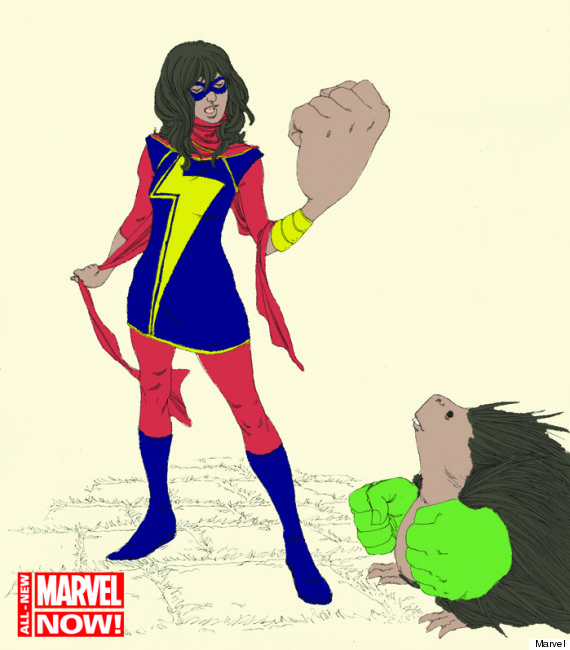 According to what Marvel editor Sana Amanat told the Associated Press, this series will focus on what it means to grow up in the United States as a child of two worlds—both as a Muslim-American and as someone with superpowers.

This character is really the brainchild of Sana Amanat, who had discussed her Muslim-American upbringing with Marvel senior editor Steve Wacker. Amanat will be working with writer G. Willow Wilson closely, and will be able to give her unique perspectives that Wilson might not have on her own. Wilson has also written many critically acclaimed comics (Cairo, Air), and seems to have a firm grasp on speaking diverse voices into diverse characters. The artwork will be done by Adrian Alphona, best known for his work on Marvel’s Runaways series.

If you ARE excited about this, then comics writer Kelly Sue Deconnick has some words for you:

“Are you excited about the new Ms. Marvel?  Telling Tumblr is great. Telling your retailer is even better. You know what else you can do? TELL MARVEL by writing to them directly — even just to say you like the direction they’re going.”

Another way to get your voice out is to speak with your money, if possible. As loud as voices get, money speaks to large companies with much more volume. Using websites like Comixology can help if there are no local comic stores near you.

This obviously isn’t tacit praise of the book on my part, since it isn’t out until February of 2014. Praising something that hasn’t been released is like saying you love a food you’ve never tried. However, the promise of a series that continues the Ms. Marvel name, highlights Muslim-American life, diaspora, and teens with superpowers AND upsets Islamophobes? Score one for Kamala Khan.