It was great to meet so many lovely people who came to our panel at Geek Girl Con and I only wish we could have spoken more in-depth. (50 minutes can only cover so much.) One point in particular that really resonated was the discussion of opportunities for social justice that spaces like Geek Girl Con and, on a more daily basis, online communities (like Geekquality) can provide, and the need to rely on tips and tools to deal with burnout.

In an effort to continue our panel discussion here on the site, here’s a list of tools I turn to when too exhausted from fighting the good fight. All of these notions inevitably are built off one another, coming together in a perfect symphony of “STFU, I’m done with you!” My personal tips may not hold true for everyone, but I hope you find something useful in my rough rundown of coping mechanisms in my daily Interwebs interactions.

There’s an app for that

Step Away from the Keyboard
You heard me! Take your hands off the keyboard and place them where I can see them. Sometimes you get caught in a vicious spiral of rebuttals and name calling with someone who not only wasn’t open to dialogue, but entered the conversation with no intention of ever listening. Don’t try to get the last word, once it becomes apparent that they don’t care and just like the sound of their own voice, so to speak.

Bring the Ban Hammer DOWN 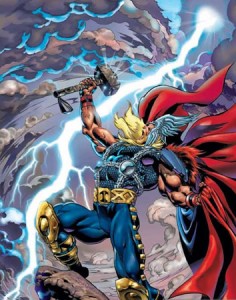 You have every right to control your space and interactions, be it a Facebook page, YouTube channel, or blog. Do not hesitate to ban anyone who is harassing you or others. You can and should exercise your authority to moderate comments. When it comes to social networks, simply unfollowing or unfriending someone who continues to be a harassing or disrespectful pain in the ass can do wonders for you. In fact, you’d be surprised just how much it can really take a load off, when you unfriend that one old high school classmate who keeps insisting that President Obama is out to poison the water systems of America, for instance.

“You’re SJ-ing Wrong”
There isn’t a right way to social justice per say, but there can be some not so great ways. If you get some flack or an angry comment, don’t respond immediately. I understand the knee-jerk reaction to tell someone off, but take a step back and re-read that comment, Tweet, or Tumblr reblog. Why exactly are you being called out? Sometimes a response you get is a defensive reaction because someone’s embarrassed that you highlighted their ignorance. There are times, though, that is a genuine opportunity for you to learn that you might have actually said something offensive or inconsiderate, however unknowingly.

If someone from a marginalized group points out something problematic you’ve done or said, it’s okay to feel embarrassed. It’s not okay to tell them off, shut them out, or downright dismiss the feedback. Just apologize, take a moment to reflect on your privilege, make a mental note to correct that behavior, and resume schedule. ‘Cause that’s what being a good ally entails.

Do Not Fall for Oppression Olympics
During the Great Lucy Liu/Joan Watson Debate, many took up arms in outrage. Some were upset because they’re straight-up racists, while others were upset under the pretense of social justice. There was all this talk about how the role of Watson, being cast as an Asian female, would erase any sort of queer subtext, as if Joan Watson couldn’t be a queer Asian woman. (These folks had forgotten that Elementary is just another version – in a series of many – of Sir Arthur Conan Doyle’s original characters, and BBC’s Sherlock was just another interpretation of the homoerotic subtext.) My point being, we are passionate advocates for one cause or another, just don’t be a tool and play into the Oppression Olympics. Not only is that being a poor ally, but it’s also quite harmful, as you participate in erasing equally valid struggles and experiences of others. It just doesn’t do anyone any good. So cut it out.

You Have the Right to be Angry

Sometimes, you gotta fight for your right to party be vocal and angry. I’m sure you’ve seen it or had it done to you: you bring up uncomfortable points or call people out, and you get hushed, gaslighted, or told not to be so defensive. I’m going to tell you right here that is bosh. Don’t let anyone mock you and make you feel irrational because you “care too much” or are supposedly “unable to take a joke.”

Help Comes from Unlikely Sources: Self Preservation Above All
Sometimes when I think I’ve just about had it, or want to punch someone in the face through the computer screen, I just put on this song:

Cause if anyone knows a thing or two about dealing with racist skeptics and just telling haters to hit the jump off,  it’d be Jay Z. Plus, he’s right when he says, “On to the next.” Why bother hanging around, waiting for people to catch up with your cause, when they don’t want to? Next!

If you find that watching a marathon of Say Yes to the Dress works, or listening to boy bands from the 90s is what gets you through after a bad spat, then by all means, indulge in it. You can’t do anything in life properly, least of all social justice, if you’re beat down and sick of everything. So X out of the browser, recharge, and then come back swinging, doubly hard.

Or go on a waterslide (via xkcd)

This entry was posted in oh internet. Bookmark the permalink.