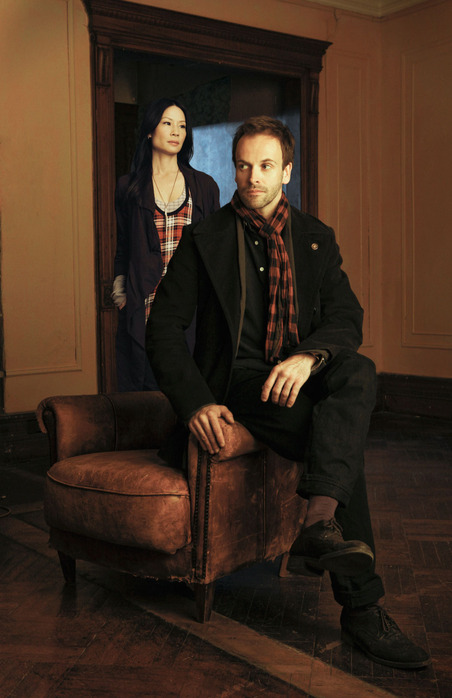 That was a great pilot, CBS! Now don’t ruin it.

Well, I just watched the pilot for CBS’ Elementary and I really, really enjoyed it. In fact, I found it much more accessible than BBC’s Sherlock as far as episode length (90 minutes is too damn long), and far more enjoyable for a variety of reasons. There are a few things I love about  Sherlock that Elementary (so far) doesn’t have, like the graphical overlay that shows the audience what Sherlock Holmes is seeing and noticing, which is always fun. Naturally, I love the overarching plot in the BBC series. However, given that this was only a pilot, Elementary may actually come through with that later on. What Elementary manages to already accomplish in the pilot, that the BBC didn’t, is making Sherlock fallible.The CBS series humanizes him and allows the audience to empathize with his character a bit more.

Johnny Lee Miller as Sherlock is fantastic, which really isn’t a surprise. While he remains mostly a mystery (and an absolute ass), he is able to admit to Joan (Lucy Liu, perfection incarnate) when he is wrong, making his acceptance of her into his world much more real. He’s not as mechanical as Cumberbatch’s Holmes. He’s child-like and childish, without being virginal. In fact, this Holmes’s sexuality seems rather open. I loved one of the opening moments, in which we see a very androgynous person getting dressed and leaving Sherlock’s apartment, as well as Joan noticing a pair of handcuffs later.

Speaking of Joan Watson. Let’s talk about her, because you know you want to. I loved how well they fleshed out her character: her past, her pain, her interests (including baseball), and aspects of her personality. She has a deep sense of compassion and empathy, a decidedly “female” quality, which really just makes her a strong woman without being a “Strong Female Character” (man with boobs). It’s unfortunate how rare it is to see a female character whose (feminine) qualities simply make her strong. On top of that, she’s still just as broken as a Watson ever was and I can’t wait to see more of her character development, as well as seeing her dynamic with Holmes unfold.

That’s what’s so wonderful about Sherlock Holmes stories. The two characters heal each other. They are both deeply flawed people, brought together by chance, and they help one another in their own ways. I’m definitely excited to continue watching Elementary and I really hope CBS doesn’t mess this one up.

This entry was posted in television. Bookmark the permalink.