What “Vincent and the Doctor” Means to Me

(This post comes with a trigger warning for mentions of depression, suicide and mental illnesses.)

“It’s so clear you cannot help. And when you leave, and everyone always leaves, I will be left once more with an empty heart and no hope.” 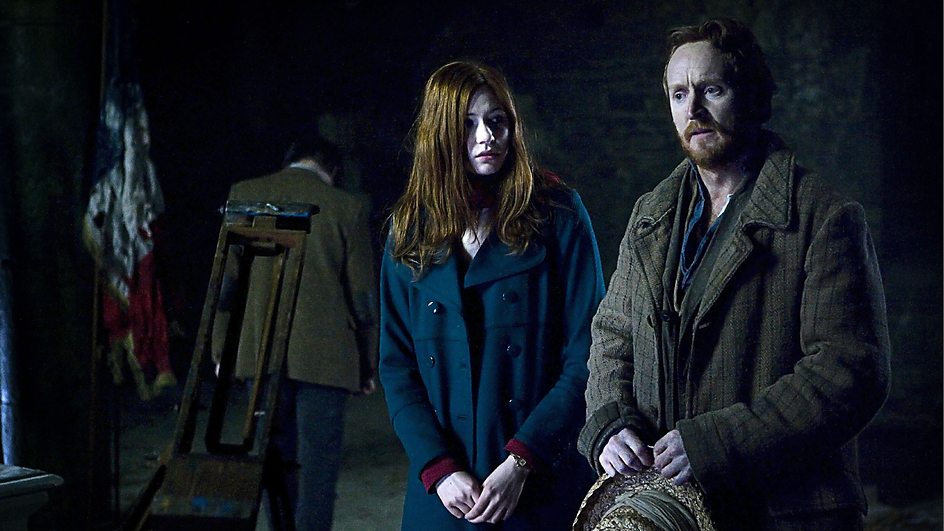 I first watched Doctor Who episode “Vincent and the Doctor” (5.10) in March of 2012 at the absolute peak of a depressive episode, one of the worst I’ve had to date. I was stressed, suicidal, and considering dropping out of college just two months shy of graduation. Between two jobs, I was working almost 30 hours a week and had anxiety attacks in the middle of class. My seething self-loathing and inability to get out of bed was accompanied by insomnia. Thinking about that time in my life is triggering to me and even now as I type this out, I’m fighting back tears. I haven’t watched “Vincent and the Doctor” since and I probably never will again, but the episode still has left a lasting impression.

I had started the fifth season of Doctor Who during that depressive episode. Because I couldn’t sleep and I was too sad to do any work for school, curling into my quilt in the dark with Netflix on my laptop seemed like the best course of action. As annoyed as I was by Matt Smith’s existence (I’m an Eccleston girl), the episode had my attention from the beginning. Bill Nighy (in an uncredited role) as a museum curator and Van Gogh fanboy? Yes please and thank you very much! And when I realized that the Doctor and Amy were going to see Vincent Van Gogh, I found myself perking up for the first time in weeks. Van Gogh? About damn time Moffat!

The episode starts out with the Doctor and Amy visiting Paris’s Musée d’Orsay, where they spot a mysterious figure in one of Vincent Van Gogh’s paintings, one that the Doctor thinks doesn’t belong there. They travel to the 19th century where they meet Van Gogh, played by Tony Curran, and they set about solving the mystery. Instead of poking fun at Van Gogh’s mental state, Curran gave an honest portrayal of mental illness. (Although, there are a multitude of theories as to what mental conditions Van Gogh suffered from). I found something incredibly beautiful and raw about Curran’s Van Gogh; I was transfixed. The sniffles had started by the scene when Van Gogh wandered to his window to look down into the yard to see Amy surrounded by sunflowers she gathered, hoping to inspire the artist. I watched the episode through Van Gogh’s eyes, especially when he began describing the pain of his loneliness and his fear of abandonment. 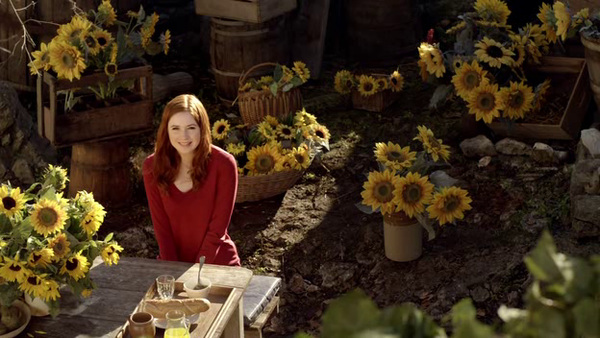 The last ten minutes of “Vincent and the Doctor” were emotionally devastating for me. Van Gogh, in an attempt to protect himself and his new friends, kills the monster, which only he can see. It’s only as the creature lays dying that the Doctor learns it’s in fact an abandoned young alien. The pain on Van Gogh’s face, as he realized what he’s done, left me sobbing to the point of an anxiety attack, but with my ever growing pile of tissues I soldiered on.

The hardest part of “Vincent and the Doctor” is knowing Van Gogh’s history. At the end of the episode, the Doctor and Amy bring Van Gogh to his exhibition at the Musée d’Orsay and there he seems like a changed man. He hears curator Mr. Black (Billy Nighy) say that Van Gogh is “the greatest painter of them all” and “one of the greatest men who ever lived.” The emotion on Van Gogh’s face is overwhelming and Amy is convinced that Van Gogh’s life will change for the better. Sadly, as we and the Doctor know, this is far from the case. Vincent Van Gogh would commit suicide at the age of 37, one year after he was introduced to Amy. 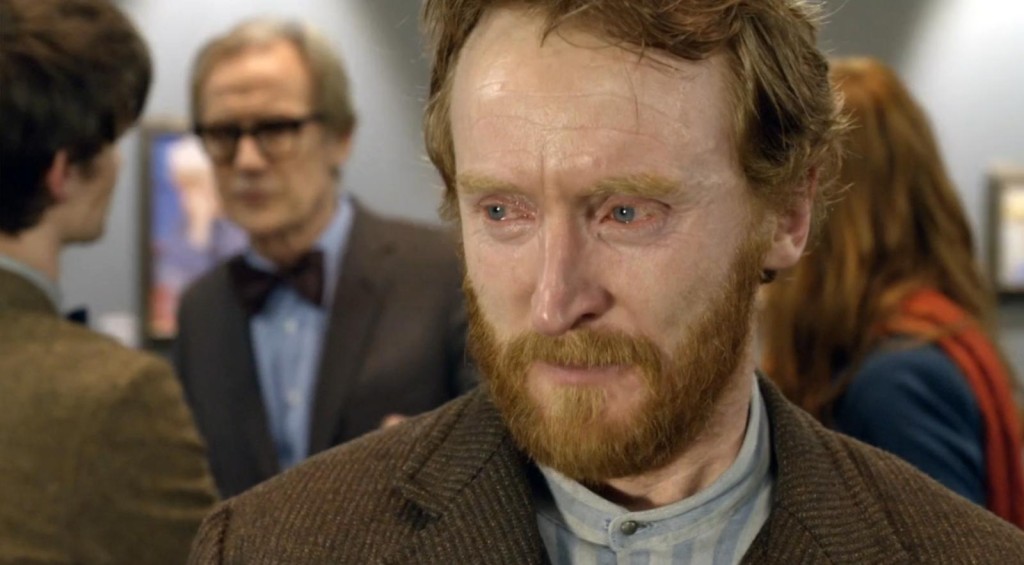 I don’t know when I would have come out of my depressed state if I hadn’t seen “Vincent and the Doctor.” I woke up the next morning feeling energized. For the first time in weeks I felt like a functioning human being again who could do normal human things like go to work and class, read, and take a shower. I needed this episode as a person who struggles with depression and as an active consumer of popular media. Mental illness tends to be less than visible within the realm of pop culture, and when such characters are represented, they are often scapegoated and one dimensional, with the horror genre being one of the most blatant examples of that. This poor representation is especially problematic when we consider statistics. As reported by the National Alliance on Mental Health, “one in four adults – approximately 61.5 million Americans – experiences mental illness in a given year” and about 13.6 million people “live with a serious mental illness such as schizophrenia, major depression, or bipolar disorder”. (PDF) This is exactly why we need honest portrayals of mental illness in our popular culture. “Vincent and the Doctor” manages to do what is so often amiss, by reminding us that Vincent van Gogh, and by extension all individuals with mental illness, are human beings and not just some plot twist or side story.

Krista is a proud cat enthusiast who spends a majority of their free time crafting and watching horror films, with occasional breaks for DC cartoons. They earned their MA in Popular Culture at BGSU and a BA in history from UW-Green Bay. They are currently in school again for a secondary education license. Their primary focuses are queer identity and mental illness representation in television and film.
View all posts by Krista →
This entry was posted in guest post and tagged doctor who, mental health, mental illness, pop culture representation, stigma, Vincent and the Doctor, Vincent van Gogh. Bookmark the permalink.

2 Responses to What “Vincent and the Doctor” Means to Me