Supersonic: Third Wave Feminism and the Importance of the “Hard Femme”-Cee

It’s a widely accepted idea that music, like fashion, social movements, and menstruation, runs in cycles. Sometimes this theory runs less true than others, but right now I think it’s pretty applicable. Because right now, in the year of our Lord 2012, three things are making a huge media comeback: feminism, babydoll dresses, and female [presenting] emcees. This is important on several different levels, one being that the rise of the female emcee in 2012, and the performance styles they’ve adopted, gives us the chance to have some real conversations about race, class, and presentation in the role of third wave feminism. 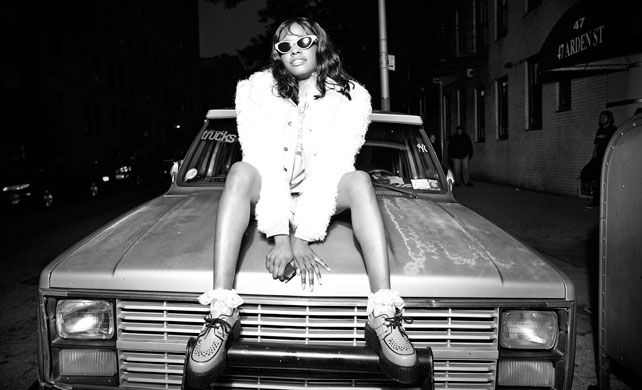 You might say, “But Moxie, this is a blog for geeks by geeks! What does this have to do with my geek culture?” And I might answer, “Well, you beautiful newborn baby, geek culture is fringe culture, just like this is fringe culture. Music geeks are geeks too, and music geeks encompass a wider berth than just Flaming Lips fans, so get over it – hip-hop geeks need some shine too, and the issues we’re dealing with here are the same issues we deal with when we talk about representation of women of color in media in general, including comics, so double get over it, zip your lips and listen up, sporty.” And you might say, “Moxie, that’s mean!” And I might say “I don’t care!” So let’s continue.

Third wave feminism, is Now feminism; it’s pop feminism; some people might identify it as “girl power” Spice Girls feminism. It’s important, because this particular wave allows us to focus on things like sexual progressiveness and agency as it exists within the feminist sphere. A lot of the criticisms surrounding third wave feminism (and feminism in general) focus on the perceived and actual exclusion of race, class, and gender presentation in discourse. Several of the up and coming femcees in 2012 serve to challenge many of the practical aspects of both the standard patriarchy and the perceived paradigm of the feminist ideal. I’d say a lot of this is because most femcees exist in a racial/sexual no-man’s land, where subversiveness is almost necessary to survival.

The first wave of femcees seems to have come around sometime in the 80s and early 90s with folks like Queen Latifah, MC Lyte, Salt N Pepa, and TLC; with tracks like “Ladies First” and “None Of Your Business” lending a particularly feminist voice to the hip-hop game. As hot as these songs (and artists) were, none of them became banner anthems of the feminist movement, falling behind artists like Bikini Kill and other darlings of the Riot Grrl movement. Recently though, vintage fem-penned hip-hop has been getting more play in feminist circles, due in large part to this generation’s penchant for nostalgia, and also the rise of social media’s role in social movements, allowing more voices of color to come to the forefront of the conversation. Social media has aided in the diversity of the music scene as well, allowing more underground artists to be heard by a wide range of demographics.

But let’s get back to the future. Today’s crop of female emcees seems to be as influenced by the socially conscious hip-hop of the 80s and 90s as it is the more raw sexually charged female hip-hop of the early 00s, when artists like Lil’ Kim and Foxy Brown ruled the school. The explicit lyrics of that form of the genre tended to turn off a lot of feminists who dismissed it as both heteronormative and degrading.

This new wave of emcees throws all of that on its head. These women cut to the core and use their perceived femininity as a weapon flaunting both style and arrogance, enough to stand shoulder to shoulder with even the most lauded of traditional male emcees. Artists like Azealia Banks, Njena Redd Foxxx, and Leikeli47, are churning out hot tracks that not only go head to head with the issues of the day, but also go harder on the dance floor than most anything out there.

Arguably the most famous of the bunch, Azealia Banks’ “212” was an out of control internet sensation after being picked up by NPR Music and other major outlets. Her wordplay is sick, and she is as raunchy and arrogant as any male artist, comfortably playing with the idea of bisexuality without seeming to pander. Her style is in keeping with a lot of today’s young people: it’s playful, colorful, and reminiscent of something you’d see in Nylon mag (in fact she headlined the Mermaid Ball in NYC this year, cosplay at its finest, or at least its most glittery). Why should you care? Azelaia’s style and swag relies heavily on using her femininity as power. Her lyrics are overtly sexual, but her delivery is so self-possessed that there is no question she is in control of her agency. At face value, she is the epitome if the third wave. If Bikini Kill can have a hit song called “I Like Fucking”, why can’t she? She puts the femme in Hard Femme. (Peep her new video for the single “Liquorice”, nothing but subversive lampooning of the male gaze.) 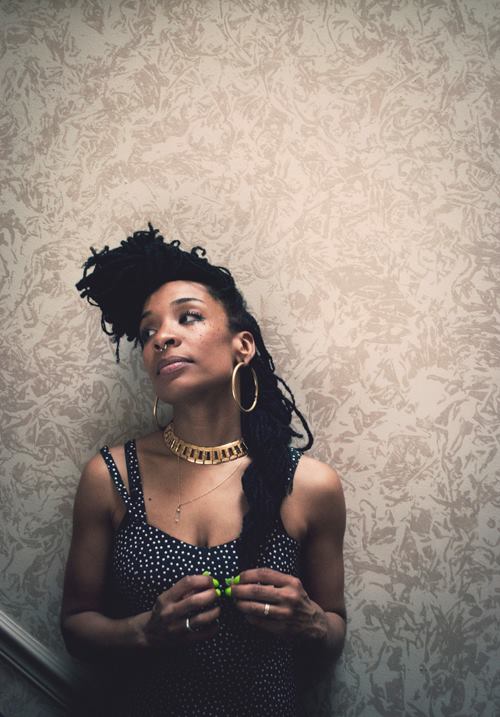 Speaking of going H.A.M., here you have Njena Redd Foxxx, who throws more shade than an AK full of shadows. Where Azealia is lewd, Njena is outright rude, whip smart, and utterly delightful. Anyone who thinks female MCs can only sell sex will be put down deftly and swiftly upon hearing one of her records. She has the arrogance of Kanye West with the tough energy of Poly Styrene. Foxxx’s style is also neatly intertwined with underground queer culture (she was featured on queer rapper Zebra Katz’s single Ima Read, which was hot fire at Paris Fashion Week), being influenced in large part by the energy and attitude of the minority drag scene. These influences can be found in many emcees of color, especially those female and queer identifying. It’s a world where the fierceness of femininity is not something to shy away from, but something to strive for. There is a power and reverence in what is considered feminine that is not often found in mainstream culture. The ability to be both tough and femme is a common trait, not unlike mixing shit kicking combat boots with lace and frills in the 90s.

Dealing with queer culture directly, we have Leikeli47, whose new song “Miss America” is nothing short of a third wave anthem celebrating the freedom that comes with tearing down gender normativity. Relatively new on the scene, I can only hope the rest of her work will be as refreshingly direct as this track, which is essentially a 3 minute mic drop about gender fluidity. This fluidity extends not only to lyrics but also presentation, notably with artists such as New Orleans bounce queen Big Freedia, but also New York based Mykki Blanco. Both skew more femme presenting on stage, which is a challenging task to achieving success both in underground hip-hop and in the mainstream. Thanks to them (and others), however, the tide seems to be turning. Freedia has garnered the attention of A-listers like Ryan “Babyface” Gosling (am I the only one that calls him that? probably). Mykki has also attracted attention of fashion and music mags alike with the video for Join My Militia (Nas Gave Me A Perm), though the new single Wavvy is the one way on my summer playlist. 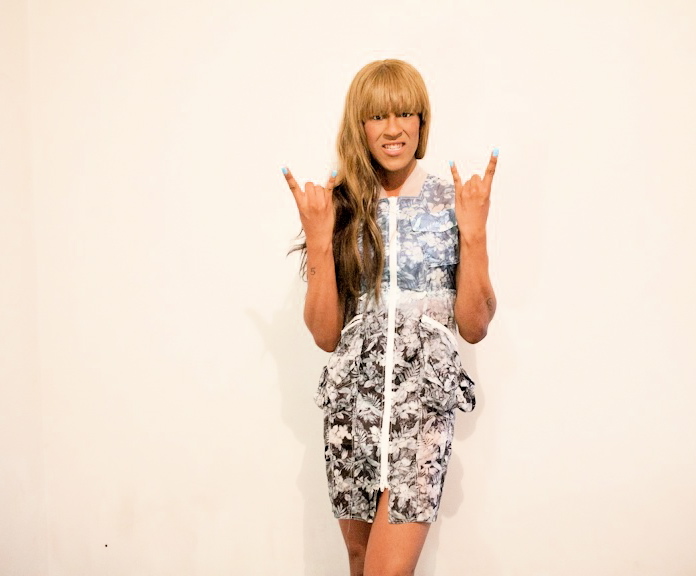 “I gotta be a killer, because the world’s gonna come for me…”

So, if you think hip-hop isn’t here for feminism, you are patently mistaken. It is serving a hard hitting paradigm shift as much as any mid-90s punk band claiming to be down for the cause. And the cause definitely needs it.

This entry was posted in people you should know about, race and tagged feminism, gender, hard femme, hip-hop, music, queerness, sexuality. Bookmark the permalink.

7 Responses to Supersonic: Third Wave Feminism and the Importance of the “Hard Femme”-Cee